The rise of London's tech scene 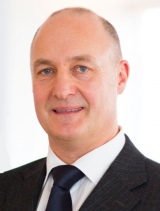 “No other city in the world can match our cluster of ideas, talent and capital. The potential is dizzying. If we can bring together London’s inventors, entrepreneurs, investors, academics and creatives on a grander scale, our enterprise and technology capabilities could soon surpass San Francisco’s.

“By some measures we are already there. The London-Oxford-Cambridge golden triangle has more science and tech workers and faster industry growth than California. More Londoners work in tech than finance. The capital’s consumers are tech-savvy early adopters. As London Tech Week this week has shown, the city’s tech scene is one of Europe’s success stories.

“But we have real challenges ahead: unlocking capital, sustaining talent pipelines and management capabilities, delivering smart infrastructure and helping startups to scale up.” 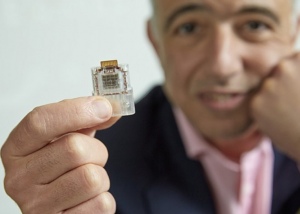 “As with any successful city, space is at a premium. Firms need the right environment to scale. That’s why Imperial College is developing a 25 acre innovation district in White City. We’re bringing together academics, entrepreneurs and investors to create value from ideas. One of the first companies to seize this opportunity is DNA Electronics, founded by my colleague Chris Toumazou. The spin-out is transforming academic discoveries into serious commercial propositions. Professor Toumazou’s research into low energy technologies and multi-disciplinary synergies between engineering, digital and medical capabilities has become a fast-growth business. It offers affordable ‘lab-on-a-chip’ devices that can test for genetic diseases and drug intolerances within minutes.”

Flexibility has never been so pivotal to design of university buildings.

In a short essay for Architect’s Journal, Professor Gann explained how university environments and buildings are changing. He wrote:

“As we compete in a global knowledge economy, universities are changing. Academic buildings must adapt to this transformation. We need the highest-quality modern facilities to undertake cutting-edge research and teaching in new areas of science, engineering and medicine.

“The emergence of fields such as synthetic biology and data science have become central to our mission, leading to innovation at Imperial College London. A generation ago such pioneering fields, which have unravelled the human genome and made micro-payments a normal part of life, seemed like science fiction. As scientific change accelerates, we cannot predict where discoveries over the next 10 years will take us.

“Flexibility has never been so pivotal to design of university buildings. We need openness and malleability in planning for Imperial’s new 10ha campus in White City, west London. We are deliberately leaving space in our masterplan so we can adapt to, accommodate and lead the science of tomorrow.”

Drawing on related themes in a letter published by the Telegraph on 29 May, Professor Gann argued that the UK’s universities are becoming key centres for innovators and entrepreneurs.