Scientists are investigating whether microscopic gold beads could make chemotherapy more effective, and reduce side effects for patients.

The above image, which is from laboratory research conducted by Dr Andrew Thorley, from the National Heart and Lung Institute at Imperial College London, shows gold nanoparticles (in red) being absorbed into human cancer cells (the centre – or nucleus – of each cell is in blue, and the endosome - part of the cell’s internal transport system - is green).

Researchers coat the gold nanoparticles in chemotherapy drugs, and target them to the tumour, explains Dr Thorley, whose team presented their latest work at a recent meeting of the British Thoracic Society.

“By using gold nanoparticles we hope to reduce the side effects of existing chemotherapy such as sickness, hair loss and hearing damage. At the moment, chemotherapy is given into the blood stream and so affects the whole body. However, using targeted gold beads, the drug would only enter cancer cells, and leave healthy tissue untouched.”

Scientists are using gold, explains Dr Thorley, as it does not react with cells of the body, and earlier research suggests the beads are safe. The gold beads can also be easily seen on CT scans, he adds.

“This enables doctors to confirm the nanoparticles have reached the tumour. The gold particles can also be heated using a type of infra-red light – and this heat destroys the cancer cells from the inside, leading to a two-fold attack.”

Dr Thorley cautions the research is at an early stage - and is still to enter large-scale human trials - but holds exciting potential.

"There is already one gold-based cancer nanomedicine currently in clinical trials. Scientists are mainly looking at this technology for treating lung cancer, but in the future we hope to look at other cancers as well." 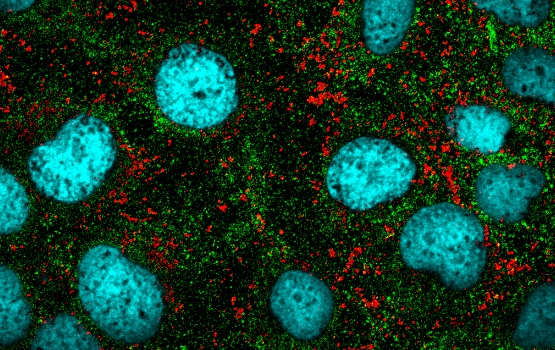