Winter is the peak season for flu in the UK. Yet despite the virus infecting millions, there are many misconceptions about the illness.

MYTH: Having a flu vaccine gives you flu

Many people still believe the seasonal flu vaccine - which is offered on the NHS to at-risk groups such as the over-65s and pregnant women - can trigger the illness, explains Professor Barclay.

"The flu vaccine cannot give you flu. The vaccine only contains a tiny fragment of the virus, which is incapable of causing the disease. The reason people feel a bit groggy the day after is because the immune system has been activated and is busy making antibodies to the virus. This takes energy and can make a person feel tired."

She adds that the new nasal vaccine for children does contain a complete virus, but this has been modified in a way to not cause the illness.

The symptoms of flu include fever, headache and aching muscles. However, many people suffer no symptoms at all, explains Professor Barclay.

"The percentage of people who develop full-blown symptoms with the flu virus is smaller than we used to think. During the swine flu pandemic of 2009 it became obvious that many people who were infected by that virus only developed mild symptoms, or none at all."

Whether or not someone develops severe symptoms can depend on a number of factors, she adds - including weight.

"The particular strain or type of flu virus can make a difference, as can how healthy you are. We know that if a person is morbidly obese they are more likely to get severe flu. But if you are keeping healthy, getting enough sleep, and do not have any underlying health conditions then you may be less likely to develop symptoms. " 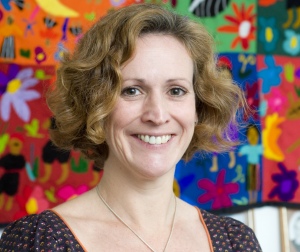 Genes may also play a role - work from the Imperial College led ‘MOSAIC’ study found a human genetic variation that was associated with developing severe influenza in the 2009 swine flu pandemic. The gene, which also increases the risk of developing severe seasonal flu, was found to be rare in European populations but more common in Chinese populations.

Professor Barclay adds that symptoms don't begin until a few days after infection. "Yet it is during this time - when a person feels fit and well and is still travelling and going into work - that they are most contagious."

MYTH: You get flu every year

Research from Imperial College earlier this year revealed that after the age of 30 most people suffer from around two bouts of flu per decade. The study, published in the journal PLOS Biology, analysed blood samples from volunteers in Southern China, looking at antibody levels against nine different influenza strains that circulated from 1968 to 2009.

Basic measures – such as washing your hands and covering your mouth when you sneeze, are the best way to protect yourself and others against flu, says Professor Barclay.

"Wash your hands regularly, as the flu virus can survive for a couple of hours on surfaces such as hand rails, lift buttons or keyboards."

Always cover your mouth when you cough and sneeze, she says, as the virus can travel more than a metre in droplets in the air. The droplets linger for longer in cold, dry air, which is one of the reasons the virus peaks in the winter.