The winner has been announced in a competition to design Imperial's Queen Victoria statue a new crown.

The competition, launched earlier this year by the Dyson School of Design Engineering and Imperial College Advanced Hackspace, sought to find a new 3D printed design to replace the statue’s missing crown. 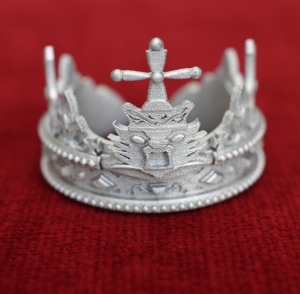 The winning ‘Lion Crown’ was designed by student Eric Yick Hong Leung from Civil Engineering and was inspired by the traditional designs of crowns and the classic symbol of the lion.

The winner was announced at a ‘Crowning Ceremony’ on Monday night. The new crown, 3D printed in metal, was bestowed upon the statue, where it will remain until the next academic year.

Eric said: “One of the main features of my design is that of the crown within a crown, often seen in the royal coat of arms of the United Kingdom. If you look closely at the top of the lion’s head, you can see that it houses another crown.

“I wanted to take part in the competition because Queen Victoria is a very significant figure in British history and one of the longest reigning monarchs. The competition was a great chance to use and improve my skills in 3D modelling for a novel application.” 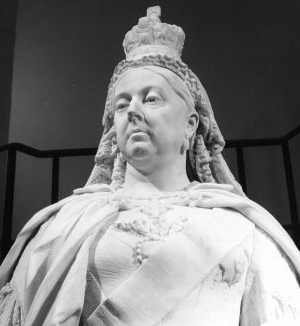 The statue with its original crown

The statue has sat in Imperial’s main entrance on Exhibition Road since the building’s opening in 2006. It was previously situated outside the Imperial Institute before its demolition in the 1960s, and then moved to the inside of the Queen’s Tower (the only remaining part of the Imperial Institute), before being moved to its current location.

It was during its time in the Queen’s Tower that the statue’s crown vanished. There are no records of what happened to the crown, and as a result the statue has been crownless for several decades.

The competition was the brainchild of Professor Peter Childs, Head of the Dyson School of Design Engineering.

Peter said: “I’ve been at Imperial for a decade now and almost the first thing you see when you visit the College is the statue, which is missing its crown.

“With so many engineers at Imperial, the thought occurred that we could use the talents of the maker community at the College to design the statue a new crown.

“We received a number of designs from students and staff across the college showcasing the design skills we have here. They ranged from the traditional to more modern pieces inspired by the London skyline and Lord of the Rings. I’m looking forward to walking into Imperial and seeing her rightly crowned once again.”