Firms are less likely to be sold amid Brexit uncertainty, says Business School The number of company takeovers in the UK has fallen because of a reluctance for firms to do deals before the EU Referendum vote.

The findings were from a new report by the Centre for Management Buyout Research at Imperial College Business School. According to Mike Wright, Professor of Entrepreneurship at the Business School who heads up the Centre, the research showed that the fall in company take-overs during the first quarter of this year was due to the ‘turmoil in global markets’. He also said that the uncertainty of the UK’s decision to stay or leave the EU, would also have an impact on business decisions.

This week marks the 30th anniversary of the Centre, which is the first of its kind devoted to the study of company buyouts and private equity.

Professor Wright spoke to Laura Singleton about the work of the Centre and what the future holds for company takeovers. 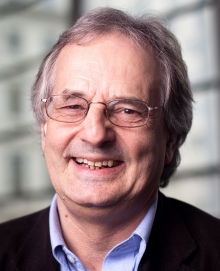 What does the Centre for Management Buyout research do?

We monitor company buyouts and similar transactions. A management buyout is a form of acquisition where a company’s existing managers buy a large part or all of the company, either from the parent company or from private investors. Companies can be bought out several times, which is often the case with family firms, where a new owner needs to be found if the business can’t be passed on to a family member.

The Centre was formed in the 1980s in response to the recession, when management buyouts were emerging as a new way of saving companies that could otherwise have gone into administration.

However, there wasn’t any research on the impact that these buyouts were having on the economy, which was the trigger for the Centre being created. The Centre was formed in 1986 and was originally based at the University of Nottingham’s Business School before moving to Imperial in 2011. We provide a robust analysis of the buyout market, covering all buyout activity in the UK including private equity buyouts.

When the Centre first started, management buyouts were still seen as a bit maverick and only linked to the recession of the time – no-one could have predicted how the market would evolve over the next 30 years.

Why is the research at the centre important?

We produce reports which are used by industry and policy-makers to provide an overview of the latest developments in the market, including recommendations on regulation. Our research tracks the performance of companies who’ve been taken over so we can monitor their successes or failures and the implications for the wider market.

How has the world of company mergers and acquisitions changed over the past 30 years?

Prior to the 1980s big companies were very diverse in terms of products and services and were constantly trying to get into new sectors. However, this diverse approach didn’t always work, so some companies were forced to sell off parts of their business that weakened their success. Management buyouts were also seen as the solution to successfully removing a flagging company from the stock market and helping it to streamline its products and services so it could become a market leader again. Companies these days tend to be more specialised in one particular market, so there are now fewer opportunities for buyouts of this type, rather we’re seeing many cases where the secondary buyout of a large company has already been through a previous buyout.

What types of companies are most likely to merge or be taken over in 2016?

There’s been a lot of activity in the leisure and retail sectors. These days big businesses are competing with many smaller businesses and startups who are financed in different ways, so management buyouts of big businesses aren’t as common as they once were. We can always find examples of successful buyouts, such as Boots, which became the biggest buyout in the UK in 2007.

The most common form of buyouts taking place in 2016 involve family businesses, who don’t have a successor but need to find a new owner, which is a trend that we expect to continue.

How has the EU Referendum had an impact on company buyouts in the UK?

The uncertainty surrounding the outcome of the EU Referendum is a likely factor in the current fall in company takeovers. Potential buyers and sellers are likely to hold back on making deals until the future of the UK has been decided. However, there are many other reasons why the buyout market has been slow this year, for example falling energy prices and the slowing down of the Chinese economy have also had an impact. Gratitude pours in for Imperial staff and students during COVID-19