Our recent Summer music concert was based around the Haines piano which was most expertly played by some of our Physics with Music students and two of our distinguished professors. 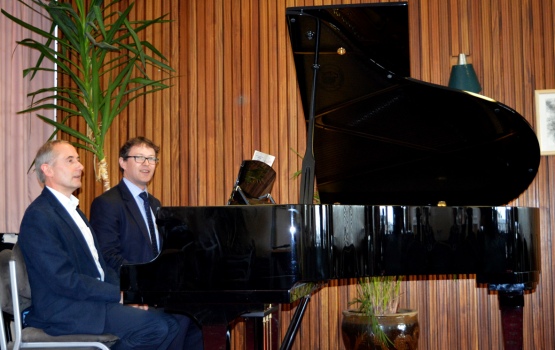 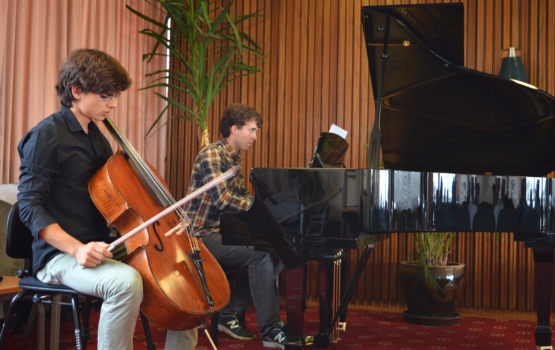 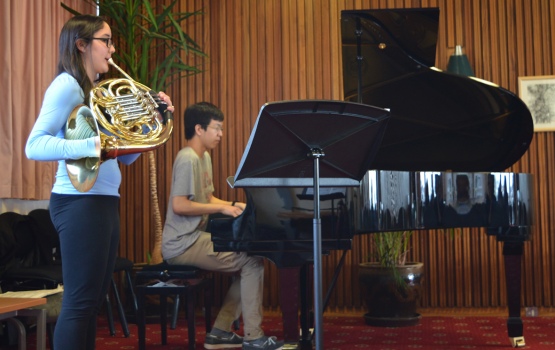 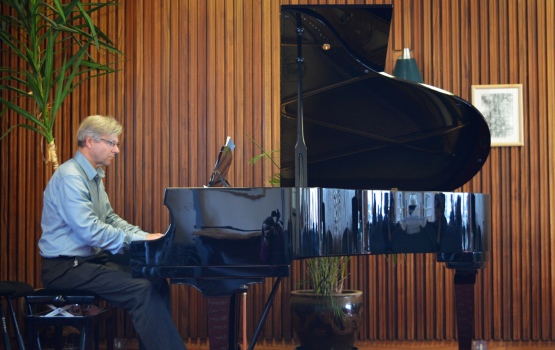 It began with two delightful duets, Professor Richard Thompson and Will Rayner performed Gabriel Faure’s ‘Dolly’ and followed that with William Walton’s ‘Popular Song’. Both pieces evoked memories and pictures of childhood and there was obvious enjoyment shared by both the pianists and the audience.

Arjun Ganguly (cello) and Joel Hayhow (piano), two of our Physics with Music students, performed a lyrical piece by Granados which was full of Iberian light and shade. It was a heady mix and one longed for more!

An unusual pairing created the next piece , again this was performed by another of our Physics with Music students, Hannah Takahashi on the French horn accompanied by her friend and colleague, Cyrus Cheng on the piano. ‘Hunter’s Moon ‘ was composed by Gilbert Vinter when he was based in Torquay in 1942 . It was quite a tour de force for Hannah who produced sounds that were pacy, impressionistic, jazzy and brassy with more than a hint of the car horn. Cyrus was no less challenged as he negotiated melodious sparkling passages coupled with bold marching brush strokes. ’Bravo’ to both of them!

Professor Ed Hinds rounded off the evening with Chopin’s Etude No.7 from Opus 25 which was an intense yet gentle finale to the musical evening performed with much sensitivity and total command.

Well done to all ! Thank you for sharing your joy and talent. Thanks must also go to the Department of Physics for accomodating and providing for these musical evenings.