Professor Hawking last night told a packed hall at Imperial how he discovered that black holes are not as dark and destructive as we think.

Joining Professor Hawking for a celebration of theoretical physicists were five of his former students, who are now all professors in the Department of Physics at Imperial – Jerome Gauntlett, Chris Hull, Jonathan Halliwell, Fay Dowker and Toby Wiseman (pictured below). 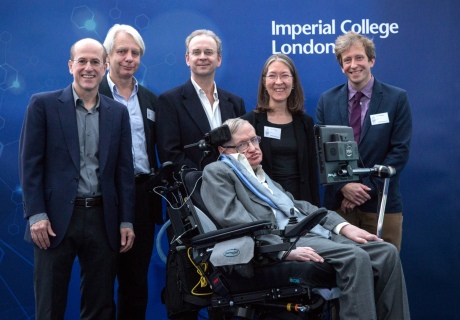 Professor Hawking and his former students

Professor Hawking reflected on his close connection with Imperial’s physicists, saying earlier in the day: “I am very pleased to be here today to give this public lecture. Over the years I have developed close connections with the Theoretical Physics Group at Imperial College. Members of the Theoretical Physics Group have made important advances in our understanding of fundamental physics.

“Looking forward, Imperial College continues to be one of the world's leading centres for research in theoretical physics, string theory, cosmology, and quantum gravity, and the College should be very proud. I am confident that the Theoretical Physics Group, including five former members of my own Relativity Group in Cambridge, will continue the great tradition of fundamental physics research at Imperial.” 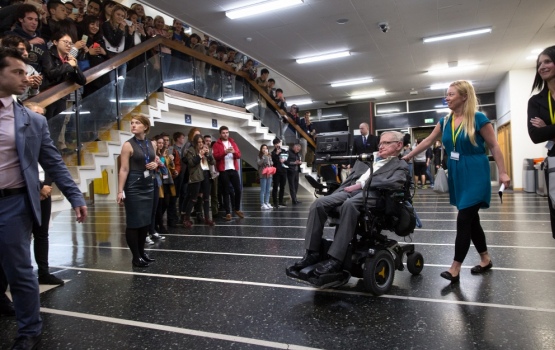 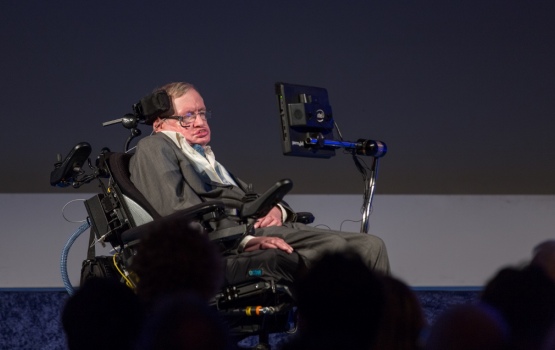 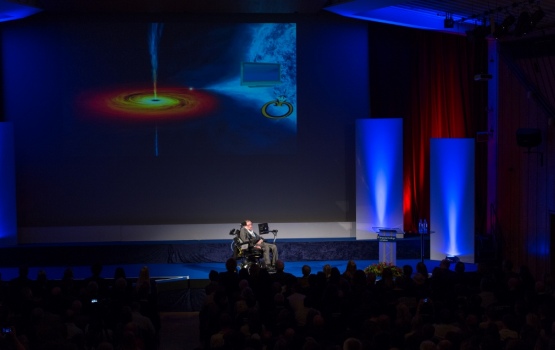 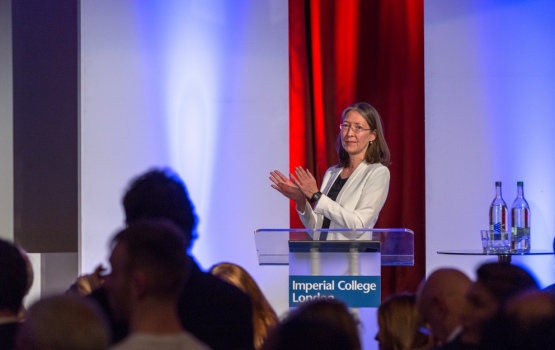 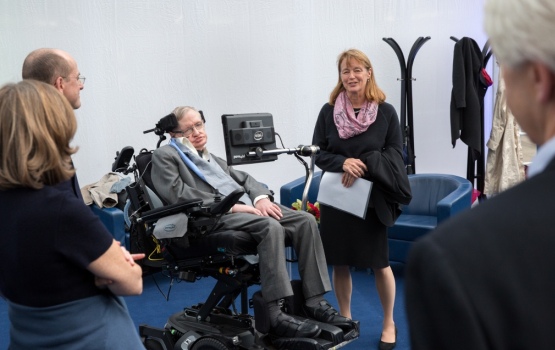 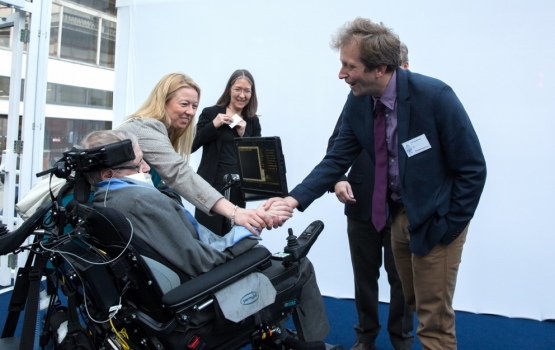 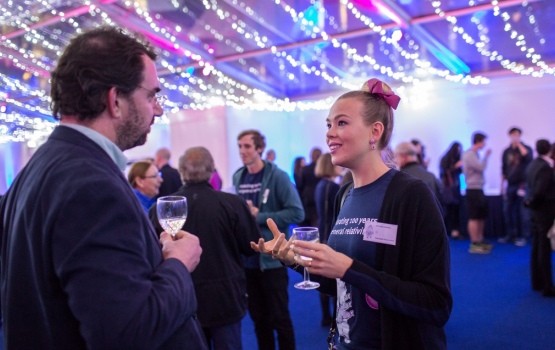 In his talk on the nature of black holes, Professor Hawking recounted the origins of black hole theory, described how they emit some radiation (called ‘Hawking radiation’) and discussed how they might not be the ultimate destroyers of information.

Professor Hawking frequently brought the audience to laughter throughout the lecture with his witty remarks about the nature of the universe and humorous slides depicting the quantum physics of black holes.

He then answered questions from the audience, which was broadcast live on Facebook, and can be seen in full in the video below:

“The campus was buzzing with excitement before his brilliant and inspirational lecture in the Great Hall, where the atmosphere was electric. It was a wonderful celebration of theoretical physics and an extraordinary event!”

Were you at this historic Imperial event? What did you find most interesting from Professor Hawking’s talk? We welcome comments below.

Here are some comments from people enjoying the lecture: