An MRSA cell releases decoys, allowing it to evade an antibiotic

The findings, from scientists at Imperial College London, suggest potential new ways of tackling the bacteria, such as interfering with the decoys.

Methicillin-resistant Staphylococcus aureus (MRSA) is responsible for thousands of deaths around the world each year. However, because the bacteria are resistant to many different antibiotics, treatment options are limited, and often ineffective.

One of the few antibiotics that can be used against MRSA is a drug of last resort known as daptomycin. However nearly a third of MRSA infections are not cured by this drug, leaving patients with a poor prognosis.

These fat molecules act in a similar way to the decoy flares released by fighter planes to avoid a missile.

But until now scientists didn’t know how MRSA managed to survive daptomycin treatment.In the latest findings, published in the journal Nature Microbiology, a team from Imperial discovered that MRSA releases decoy molecules that allow them to escape being killed by the antibiotic. The decoys are made of the same type of fat that make up the outer layer of MRSA cells. The antibiotic usually latches onto this fat layer, before drilling a hole through the outer shell and killing the bacteria.However, when MRSA releases these fatty decoy molecules the antibiotic latches onto these instead, and is deactivated.

Dr Andrew Edwards, lead author from the Department of Medicine at Imperial, explained: “These fat molecules act in a similar way to the decoy flares released by fighter planes to avoid a missile. The antibiotic mistakenly targets the decoys, allowing the bacteria to evade destruction. This is the first time this decoy system has been seen in MRSA.”

Using bacterial cells in the laboratory and mouse experiments, the scientists discovered that only some MRSA bacteria can use this decoy system. The team believe this is why around 30 per cent of infections are not cured by the antibiotic daptomycin.

Dr Edwards, who is based at the Medical Research Council’s Centre for Molecular Bacteriology and Infection at Imperial, explained: “These MRSA bacteria ‘go dark’ and stop all communication. It is the switching off of this communication system that allows the decoys to work so effectively.”

He added: “Our focus now is on understanding more about how these decoys are made and how they can be shut off completely to help daptomycin work better in patients.” 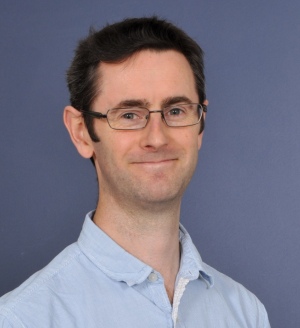 Dr Edwards said that a similar decoy mechanism has been seen in E. coli bacteria.

“Our findings suggest we may have underappreciated the importance of this decoy system, and that it probably exists in many other bacteria.”

Further experiments revealed the release of decoys can be partially prevented using a second antibiotic, similar to penicillin, called oxacillin. Although MRSA is resistant to oxacillin, using it alongside daptomycin may allow the latter antibiotic to kill the bug more effectively. Previous research has suggested penicillin-type antibiotics help daptomycin to kill MRSA – although scientists didn’t know why. A clinical trial using the two antibiotics, led by an Australian team, is currently now underway.

Furthermore, tests revealed that a next generation antibiotic, currently in clinical trials, seems to stop production of the fatty decoys.

“This suggests this new antibiotic may also help daptomycin kill MRSA – which could provide another treatment option for patients” added Dr Edwards.

Dr Jonathan Pearce, head of infections and immunity at the Medical Research Council, which supported the work, said: “In the fight against antimicrobial resistance, we are desperately searching for new ways to treat bacterial infections like MRSA as they dangerously start to become resistant to even last resort antibiotics. This study has uncovered a rather cunning tactic that these and possibly other bacteria use to evade current treatment, and armed with this new knowledge, we can begin to develop new and improved treatments to help tackle what is one of the biggest threats to global health.”

Professor Melanie Welham, Chief Executive of the Biotechnology and Biological Sciences Research Council, added: “This demonstrates the value of research that explores the frontiers of chemical biology in bacteria. Finding the biological mechanisms behind why antibiotics do and don’t work is crucial in the fight against anti-microbial resistance.”

The Daily Mail - Could THIS be the end of MRSA? Scientists discover how the superbug evades last-resort antibiotics The Independent - Superbugs deploy - decoy flares - like fighter jets to avoid being killed by antibiotics