A launch event for the strategic partnership between Imperial College London and The Institute of Cancer Research, London, took place on 22 February.

The virtual centre will combine resources and infrastructure from both organisations to help create breakthrough cancer treatments, improve diagnosis, and find new ways to prevent the disease.

As a result of this auspicious day, several years from now we'll remember we were here for the formal launch of a fantastically successful project.

CRCE Director and Chief Executive and President of the ICR

Opening the launch event, CRCE Director Professor Paul Workman FRS, Chief Executive and President of the ICR, outlined the Centre’s vision ‘to improve the quality of life of cancer patients and populations through research’. The collaboration seeks to increase research capacity and capability in creating a world-leading cancer research centre.

Professor Workman said: “The CRCE harnesses the complementary expertise of both partner organisations, bringing together a critical mass and excellence from across Imperial's Faculties and the basic, translational and clinical scientists from the ICR.

“As a result of this auspicious day, several years from now we'll remember we were here for the formal launch of a fantastically successful project.”

Imperial President Professor Alice Gast highlighted the similarities and existing relationship between Imperial and the ICR. The partner organisations not only share similar missions, but already work successfully together as part of the Ovarian Cancer Action Research Centre, the London Movember Centre and the new National Centre for Mesothelioma Research, and have collaborated on more than 130 scientific papers since 2014.

Professor Gast said: “I see ICR and Imperial building upon our already strong collaborative relationships and common values to make CRCE a centre of great research, an inspiration to current and future cancer researchers, and a source of hope for cancer patients in the UK and throughout the world.”

The launch event also saw Imperial’s Professor the Lord Darzi of Denham and the ICR’s Professor Kevin Harrington detail the strengths and scope of both organisations’ Cancer Research UK Centres. 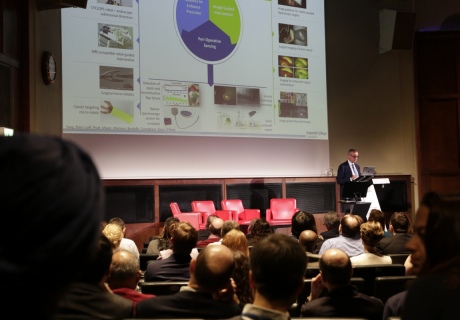 Over the past five years, the recently renewed Cancer Research UK Imperial Centre has brought in over £125 million in funding. It has pioneered surgical technologies – such as the iKnife – for cancer treatment, recruited over 2,500 patients into early and late phase studies, and has trained 190 PhD students.

The Cancer Research UK Centre at the ICR, which also secured new funding late last year, has helped drive advances in drug development, image-guided therapies and data science. It has seen NICE approval for the prostate cancer drug abiraterone, discovered at the ICR and developed jointly with The Royal Marsden NHS Foundation Trust.

The next stage of the CRCE’s development seeks to catalyse collaborations between researchers at Imperial and the ICR around areas of mutual interest in basic, translational and clinical cancer research.

The final phase of the launch event saw researchers from both organisations come together to begin the process of devising these collaborative projects across a range of themes. These included drug development and discovery, imaging, big data, cancer evolution, robotics and surgery, and particle physics and radiotherapy.

A call for proposals for collaborative pilot projects is now open until the end of March 2017. Imperial and ICR researchers can find further information and guidance on the CRCE website. 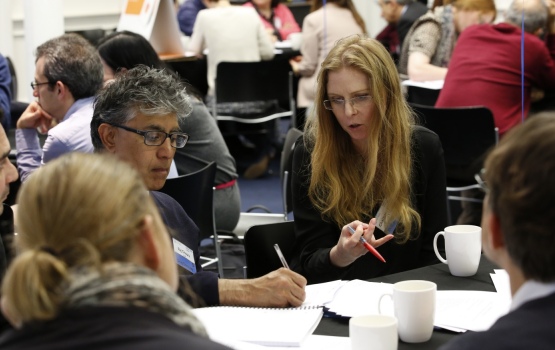 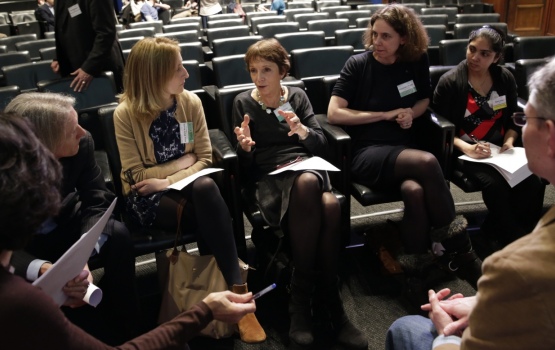 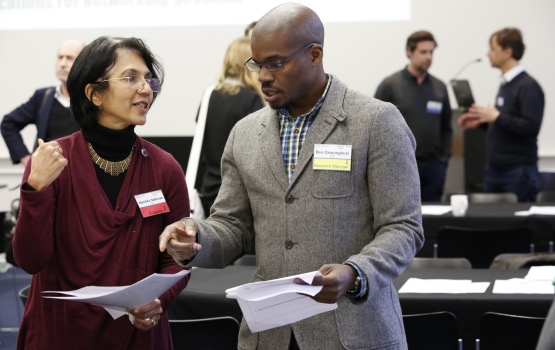 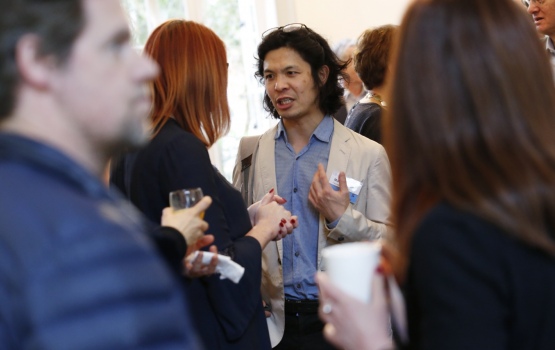 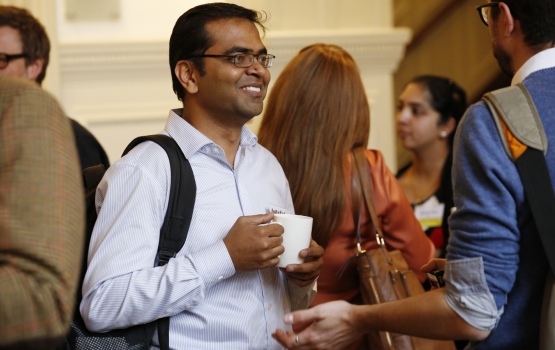