Uncovering the essential building blocks which bacteria use to make long, hair-like filaments could lead to new drugs to fight infection.

Bacteria use long, trailing hairs called pili for a number of functions, including movement and swapping DNA with other cells.

One of the most important functions of these filaments, however, is helping microbes stick to surfaces. In harmful, or ‘pathogenic’, bacteria this helps the bugs to colonise their host, an essential early step in infections.

Previous research has revealed that microbes use up to 15 proteins to make the most universal and multipurpose filaments, called type IV pili (TFP).

Now, a group led by researchers at Imperial College London has uncovered that just eight of these proteins are essential to the assembly process, without which bacteria cannot form the filaments.

According to Dr Vladimir Pelicic, from the MRC Centre for Molecular Bacteriology and Infection at Imperial, who led the research, TFPs are like a “Swiss Army Knife for bacteria”.

They carry out a variety of roles, including helping the cells to move, stick to surfaces and sense changes to their environment. Crucially, the filaments are used by bacteria to pick up new DNA from their surroundings, including genes which can make them more harmful to hosts, or more resistant to antibiotics. 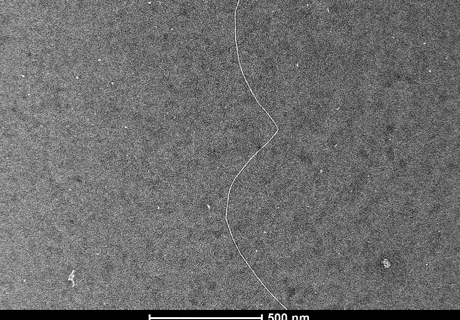 The study, which included researchers from University College London and the University of Wisconsin Madison, and is published in the journal Proceedings of the National Academy of Sciences, used E.coli bacteria to uncover the crucial proteins needed for making filaments.

By trialling different combinations of genes – which produce the proteins – in different orders, the researchers were able to work out that eight fundamental units were crucial to making the filaments.

The core building block is a protein subunit called ‘pilin’ which repeats hundreds of times, but seven other key proteins are needed to link these subunits together to form the long twisting chain of the filament.

If you could design drugs that target these proteins, you're likely to have an antibiotic that would function against a very broad spectrum of bacteria

“The approach is like building with Lego,” explains Dr Pelicic, “We have these bricks and we were trying to put them back together to see what would be the minimum number of bricks that would allow these filaments to be assembled.”

The researchers suggest that as the filaments are almost universal in prokaryotes – those cells which don’t store away their DNA inside a nucleus, like bacteria and archaea – the findings could potentially lead to a radically new class of antibiotics able to target a huge range of bugs.

If scientists could develop drugs to target these core proteins, they could disrupt how bacteria construct these filaments. Such an addition to the antibacterial toolbox could help to reduce infections by impeding the ability of many microbes to colonise hosts or spread antibiotic resistance genes.

Dr Pelicic said: “What's really key is that we are dealing with something that, although it's not absolutely essential for bacterial life, is very widespread. If you could design drugs that target these proteins, you're likely to have an antibiotic that would function against a very broad spectrum of bacteria.”

Now that the core proteins have been identified, the researchers say the next step is dig deeper into the mechanisms bacteria use to actually put the building blocks together and make filaments. They explain that a better understanding of how this occurs will enable them to screen for molecules capable of jamming the process, and select new drug candidates to test.

“I think we're getting closer,” added Dr Pelicic, “It’s reasonable to imagine we could develop these sort of drugs within the next few years.”

The research was funded by the Medical Research Council.

‘Reconstitution of a minimal machinery capable of assembling periplasmic type IV pili’ by Goosens, V.J. et al, is published in the journal Proceedings of the National Academy of Sciences.