Orkambi, a breakthrough drug for cystic fibrosis, has been found to improve lung function of children suffering from the life-threatening disease.

The international study, which included researchers from Imperial College London at the Royal Brompton Hospital, showed that Orkambi – a combination of lumacaftor and ivacaftor – can improve the lung damage caused by the genetic disease in under two weeks.

Cystic fibrosis (CF) is caused by a defect in the gene cystic fibrosis transmembrane conductance regulator (CFTR), which codes for a protein that mantains the balance of salt and water in and out of cells. This leads to a build-up of thick and sticky mucus in the lungs and digestive system. Orkambi is one of the first therapies to target the commonest form of the underlying faulty CFTR protein rather than the symptoms.

The findings of the phase 3 trial involving 204 patients aged 6 to 11 years old were recently published in The Lancet Respiratory Medicine. Half the patients received Orkambi for six months, while the other half received a placebo.

At the end of the treatment period, researchers found two key improvements in markers of health amongst those who received the drug. Firstly, the children’s airways were significantly healthier based on a sensitive test of gas mixing in the lungs. Secondly, there was a 20 per cent reduction in the amount of chloride in their sweat – a common symptom of the disease.

Lead author Professor Felix Ratjen, of The Hospital for Sick Children at the University of Toronto, told the New Scientist: “We’ve shown that even in younger patients who have relatively mild disease, Orkambi led to improvements in lung function.” 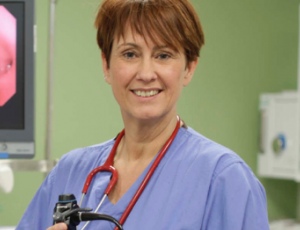 Jane Davies, Professor in Paediatric Respirology and Experimental Medicine at Imperial’s National Heart & Lung Institute, who helped coordinate one of the trial sites at the Royal Brompton Hospital said: “This is the first time the lung clearance index has been used in this type of clinical trial, which was only possible thanks to the co-ordinated efforts of European and North American groups. It shows that even young children with relatively early stage CF can benefit from new treatments, but that trial design is really key.”

With around 10,500 people suffering from the genetic condition, the UK is one of the countries with the highest prevalence of cystic fibrosis in Europe. Whilst the prognosis of the disease has vastly improved over the years, with the median life expectancy now reaching 37 years, experts stress that early treatment in children is critical for a child’s long-term outlook.

Orkambi has been approved in the US, EU and other countries. However it’s not yet available on the NHS as the regulatory body NICE deem the cost - currently £104,000 a year for each patient – to be too high for the benefits it offers.

The announcement of the trial results further fuels the debate surrounding the availability of the drug in the UK, which the Cystic Fibrosis Trust are actively campaigning. Nick Medhurst, head of policy at the charity, hopes the results of this trial strengthens their case. “Orkambi has been licensed for use in those aged over 12 in the UK for over two years, but people are still not receiving it,” he told the Evening Standard.

"Efficacy and safety of lumacaftor and ivacaftor in patients aged 6–11 years with cystic fibrosis homozygous for F508del-CFTR: a randomised, placebo-controlled phase 3 trial" by Ratjen. F et al, is published in The Lancet Respiratory Medicine.