Quantum science brings together researchers from diverse fields in science and engineering to explore the possibilities of quantum technology.

Imperial’s Centre for Quantum Engineering, Science and Technology (QuEST) aims to demystify the quantum domain, facilitating collaboration between physics, chemistry, electrical and electronic engineering, computing and materials to share understanding of quantum mechanics and push innovation. The Centre has developed the Quantum Systems Engineering Skills and Training Hub (QSE), providing comprehensive graduate training in this area. The Quantum Technology Innovations Programme (QTIP) is a compulsory, tailor-made module of the course that helps graduates make the leap from academic theory in the lab to real-world, commercially viable application of their ideas.

Dr Chris Corbishley helped to develop the QTIP programme whilst at Imperial Enterprise Lab. Shane de Silva is a graduate student from QSE Cohort 1. Here they share their experiences of Imperial’s first QTIP. 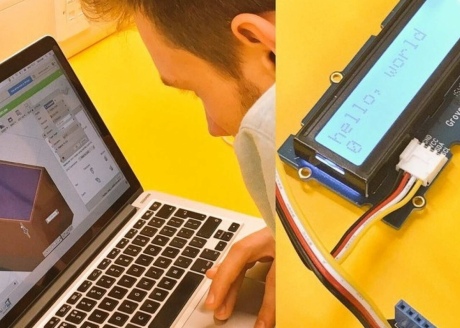 Why is it important for students in the sciences to be aware of and consider enterprise opportunities for their ideas?

Chris: There are two key trends that make enterprise skills increasingly important. Firstly, due to the overwhelming number of students entering advanced study and the limited number of academic positions available, the odds of converting from a PhD candidate to a full Professor are less than 5%. This leads to a glut of highly skilled, highly technical people looking for opportunities outside of academia. In order to prove these skills useful however, graduates must have a well-rounded education and genuine appreciation for business and innovation within their own knowledge domains.

Very few science students, myself included before this course, have any idea how to go about commercialising a product and so never seek to do so.

Secondly, within academia there continues to be greater emphasis not only to attract grant money from UK government funding, but also to demonstrate real-world utility and novel applications for academic research within industry. An increasing amount of funding is coming from corporate sources – businesses looking to collaborate with universities and release the potential of open innovation.

Shane: Coming from a physics background, it’s quite apparent that there’s a disconnect between high-level scientific research that produces a product, or that could benefit the public, and then the actual commercialisation of said research, apart from, perhaps, in the medical physics field.

Very few companies want to invest in scientific start-ups due to the long lag between investment and return compared to other fields, such as app-based products. Furthermore, very few science students, myself included before this course, have any idea how to go about commercialising a product and so never seek to do so. Clearly each start-up is different and needs different amounts of help at different stages, but giving science students the ability to consider the viability of a business is the first step in encouraging more science-oriented start-ups. It’s important to build students’ confidence with the knowledge that much of the commercialisation process happens before investment, and can be done without it. 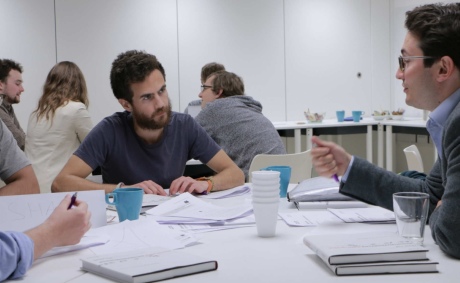 Why are programmes like QTIP necessary – is it because there’s a lack of tutoring about entrepreneurial opportunities in science degrees in universities in general?

Chris: To some extent this is indeed the case. However, my sense is these courses should always be delivered on top of the existing curricula, leveraging the resources that exist outside of the department. The department’s main focus is to educate students to become experts in a specific science, whereas dedicated facilities such as Imperial Enterprise Lab are now becoming common place in most universities, offering the skills, opportunities and resources for students to become the next generation of innovators and entrepreneurs.

Tell us a bit about what you got up to on the programme.

Being surrounded by bright minds and deep thinkers. The learning process worked in both directions and the course has a very holistic approach.

Shane: The first couple of days focused on the general steps in starting a small business, from market segmentation and end-user identification all the way to pitching an idea to potential investors. In small groups we came up with an idea for a product that could be commercialised, loosely based on our own research, and proceeded to go through the steps we had been taught. This was interspersed with guest speakers from a wide variety of institutions, including two members of the innovation team at CERN and a recent engineering graduate who has successfully secured seed money for the development of her structural assessment software, which utilises drone technology. We had a trip to Deep Science Ventures to learn about how they are taking a more structured approach to start-ups, and to have a practice run of our pitches with immediate feedback from their programme coordinator. On the final day, each group pitched their ideas to a panel of three judges, including Graeme Malcolm, CEO and founder of M Squared Lasers.

Chris: Students experienced an intensive programme exploring everything from market applications, sizing and segmentation, pricing and unit economics to developing a prototype as well as pitching in front of corporate R&D executives and venture capitalists. We also collaborated with CERN Idea Square who are at the cutting edge of research-led, “challenge-based” innovation, to lead a series of ‘ideation’ sessions, which helped students to translate their own research to real market applications. There was a £1000 prize for the winning pitch, which this year went to a truly random number generator using a single photon light source to generate random sequences not based on computer-generated algorithms. This was a great example of innovation with clear applications in cryptography or Monte Carlo simulations used in financial modelling and simulation. The pitch was so convincing, one of the VCs on the panel encouraged the team to consider pre-seed investment to take it forward. 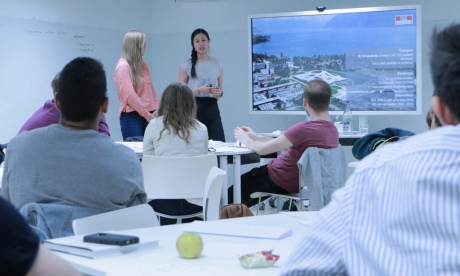 What was your favourite part of QTIP?

Shane: It was great to get involved in a subject I had never previously had any experience with, and learn about how it poses a whole new array of intellectual challenges. The tasks involved in the course forced me to think in a completely different way and occasionally took me out of my comfort zone, which is never a bad thing.

Chris: Being surrounded by bright minds and deep thinkers. The learning process worked in both directions. I walked away having learned a great deal about quantum technologies. The co-creation aspect of the course was also something quite unique. Working with world-class partners such as CERN Idea Square, M2 Lasers, Deep Science Ventures and Imperial Innovations gave the course a very holistic approach that I hadn’t come across before in delivering enterprise courses.

Also, the support and enthusiasm from the academics and the department was exceptional – none of this would have been possible without their openness and passion for integrating QTIP into the postgraduate experience. 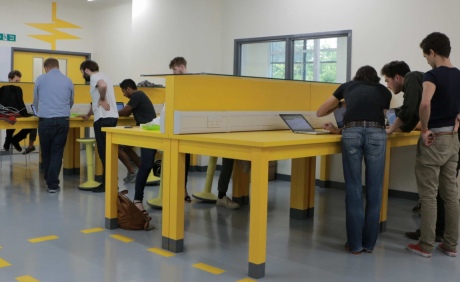 What are the most valuable things you’ve taken away from your experience?

The QTIP programme showed me, using examples of real people and companies, that there’s an extensive list of organisations, groups, and people out there who can help you at every single stage of an idea.

Shane: How accessible and achievable going down the route of creating a start-up can be. Before the course I had this impression that you either needed a lot of technical knowledge in the business world or you needed to know someone who did, who was also willing to work alongside you. However, the QTIP programme showed me, using examples of real people and companies, that there’s an extensive list of organisations, groups, and people out there who can help you at every single stage of an idea. This could be with the very inception of your idea, such as guidance from Imperial’s Enterprise Lab, all the way up to securing the first investment once you have a fully fleshed business plan.

The course showed me that even though it might primarily be a business venture, being in a company can be an extremely creative position to be in; you can have so much effect on the direction and outcome of the venture. The programme has opened new career paths to me that I did not consider previously. Visiting Deep Science Ventures was a great experience, as I had no idea places like that existed. I would definitely be interested in going to an organisation such as DSV after I finish my PhD.

What advice would you give to students who would like to explore entrepreneurial opportunities?

Chris: Visit Imperial Enterprise Lab – there is a whole host of offerings from 1:1 coaching, dedicated space to ideate and work, mentoring and access to a world-class network of Entrepreneurs in Residence, Expert Advisors and academics.

QTIP was developed in collaboration with Imperial College Business School, QuEST, Enterprise Lab and M-Squared Lasers, with funding from EPSRC. 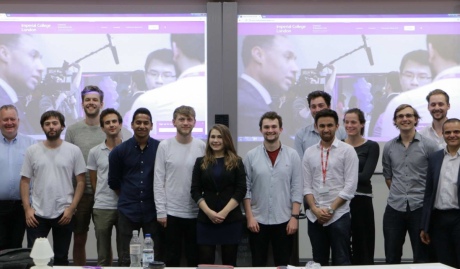