An Imperial student has won this year's James Dyson Award for designing children's clothes that grow with their wearer. 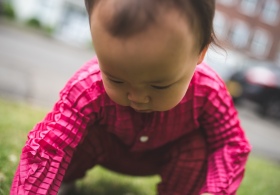 The innovative garments grow up by to seven sizes, to fit children from six months up to three years of age.

Ryan created the clothes by using a specially engineered fabric with an auxetic structure. This means that when the fabric is stretched, it expands in all directions – unlike most materials which tend to get longer but narrower. He used pleating to achieve the desired effect.

The collection features waterproof and windproof outwear, which is machine washable and small enough to fit in a parent's pocket when not being worn.

Speaking to the Daily Mail, Ryan said: “Usually when parents buy ahead for their children, the clothes are big and floaty and massive garments, but this is comfortable and dynamic.” 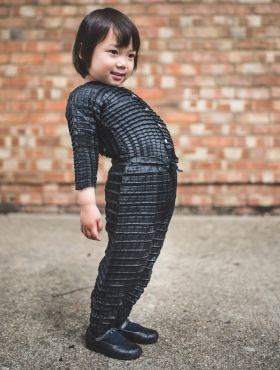 Prior to this, Ryan studied Aeronautical Engineering at Imperial where he focused his master thesis on deployable nano-satellites. As part of this he explored how to pack as much material as possible into a 2mm space. It was during this project that he learnt about auxetic materials.

The James Dyson Award is an international design award that celebrates, encourages and inspires the next generation of design engineers. As the national winner, Ryan takes home £2,000 prize money and the chance to enter the international round of the competition, with the chance of winning a £30,000 top prize.

“It’s an honour to have won the UK James Dyson Award, it’s just great to have that backing and recognition of my solution," Yasin told City A.M. 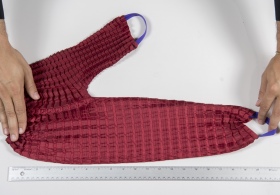 "The prize money is an added bonus, but I know how I will use it. In addition to supporting my R&D, it will help me form an interdisciplinary team of experts to take Petit Pli to the next level: putting it in the hands of parents worldwide, and making a tangible difference to the way we consume resources in the fashion industry.”

Fellow Global Innovation Design student Gabriel Brueckner was named a runner up in the competition for Climate Edge - a start-up he founded with Paul Baranowski and James Alden, both Research Assistants from the Centre for Environmental Policy. The stations monitor changes in air temperature, soil temperature, air humidity and precipitation, allowing farmers to take appropriate action where necessary to protect their crops from the unpredictable effects of climate change.

The team were supported in the development of their prototype by an Enterprise Boost Grant from Imperial College Advanced Hackspace and Imperial Enterprise Lab.

City A.M: This year's Dyson Award winner is a designer whose clothes grow with your kids Daily Mail: British inventor creates clothes that will grow on your children... literally: The wonder garment that will fit any child from six to 36 months Dezeen: Expandable kids' clothing wins James Dyson Award for best student invention in the UK