Trench Foot discovery could pave the way for new treatments Researchers have uncovered the physical cause of trench foot, more than a century after the debilitating condition was first identified.

Trench Foot, or non-freezing cold injury, was first described during the First World War, when soldiers fighting in Europe were plagued by the painful condition due to the cold, often waterlogged conditions of the trenches.

Now, scientists have found that patients affected by the condition have fewer nerve fibres in affected tissue, an understanding which the team believes could help to develop better treatments to tackle the chronic pain associated with the condition.

Unlike frostbite, non-freezing cold injury develops after prolonged exposure to cold temperatures, where soft tissue is cooled but not frozen. A characteristic feature is that subsequent exposure to cool conditions may lead to a dramatic worsening of symptoms.

The condition can permanently damage hands and feet, causing chronic pain and long-lasting numbness and tingling sensations. Severe cases can result in loss of employment and leave individuals limited in their ability to take part in physical activities.

Although it has long been recognised as a serious medical condition, the underlying cause of the pain and sensory damage, as well as the reason why some individuals are affected and not others exposed to the same conditions, has remained a mystery. It has previously been shown that people of African heritage are considerably more susceptible to the condition than Caucasians.

Researchers at the University of Oxford, Imperial College London and Johns Hopkins University studied serving armed forces personnel and veterans with the condition. 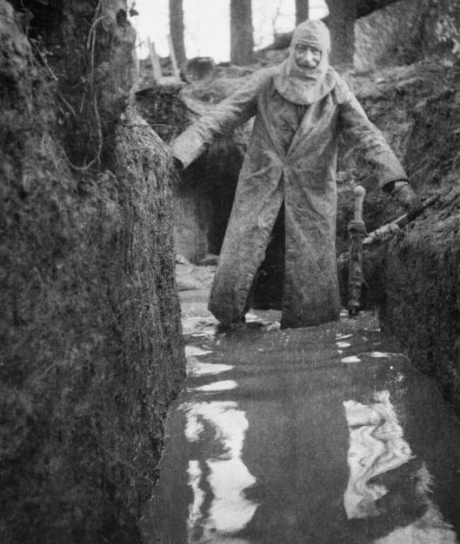 Professor Andrew Rice, from Imperial’s Department of Surgery & Cancer, said: “We now have a much better understanding of the cause of the chronic pain which can afflict some people for many years after suffering a non-freezing cold injury."

He added: “This distressing condition has cut short many promising military careers. Using robust diagnostic criteria for neuropathic pain in such cases, we will be able to treat their symptoms more appropriately.”

Professor David Bennett of the Nuffield Department of Clinical Neurosciences at Oxford, said: “Non-freezing cold injury is a life-changing condition for many people that can severely limit the physical work they can do as well as causing long term distress.

“Finally understanding the root cause of their symptoms will open the way for new treatments, as well improving ways to prevent the condition in people who are most susceptible.

“Developing clear diagnostic criteria for the condition will also enable faster diagnosis of new cases to prevent repeated cold exposure, ongoing screening for neuropathic pain in at-risk individuals, and the provision of therapies that are proven to target neuropathic pain.”

‘Chronic non-freezing cold injury results in neuropathic pain due to a sensory neuropathy’ by Vale, T. et al. is published in the journal Brain.

This article has been adapted from materials provided by the University of Oxford.