Two Business School students have won GBP10,000 for a start-up that aims to take the stress out of buying a home with family, partners or friends. 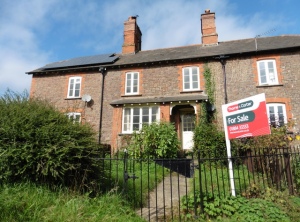 Kahoots claims to make it easier to buy a home together

Kahoots will gather data - such as the financial contribution each person is able to make - and provide tailored suggestions such as ownership split though an easy-to-understand dashboard.

The pair won a £10,000 top prize at the Imperial Business Pitch Final 2017, run by Imperial’s Enterprise Lab. The competition challenges students from Imperial College Business School to compete in a dragons-den style challenge in front of a judging panel of investors including Michael Blakey, Founder & Director of Avonmore Developments and UK Angel Investor of the Year 2015/16, Andrew Shepperd, Director of Entrepreneurs Hub and Luke Smith, Investor at Forward Partners.

Henry explained: “Buying a house with another person can be incredibly complicated. Often one person has a bigger deposit saved, but can afford less per month, whereas the other person doesn’t have such a large lump sum but has a higher salary.” 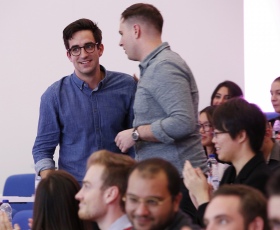 “A lot of times families help out with initial deposits, and they want to make sure that their interests are protected too.”

“It can be difficult to work out how ownership or mortgage payments should be split without going to a lawyer – something families often shun, according to our research. When it comes to selling a house, people can also lose track of how much each person has contributed.”

“Kahoots helps you to navigate this, giving people peace of mind that they’ve done everything properly, and clarity to all involved.”

The team plan to use their winnings to build an initial version of the platform, before conducting initial testing with users later this year.