How do you begin to tackle a problem like air pollution? Imperial researchers are leading the way in understanding its effect on our health.

London has reached its annual air pollution limit in just under the first month of the year. The hourly levels of toxic nitrogen dioxide (NO2) recorded in Brixton Road this morning exceeded the legal limit for the whole of 2018. Whilst this is a significant improvement on previous years – legal levels have been broken in the first week for the last decade – it is a reminder that London’s air pollution crisis isn’t going away.

There is mounting scientific evidence suggesting that toxic air poses a risk to people’s health. Tiny particles or particulate matter (PM) found in pollutants can settle in our lungs and cause serious health effects. These health problems extend beyond lung conditions such as asthma and chronic obstructive pulmonary disorder (COPD), with increasing amount of data linking air pollution with cardiovascular diseases, premature death and even cognitive decline.

Air pollution is a familiar issue in urban cities across the world and the increasing number of pollution-associated deaths is a global burden. An extensive analysis of worldwide data concluded that exposure to PM2.5 (particles with a diameter less than 2.5 micrometres) caused 4.2 million deaths in 2015 – that’s 7.6% of total global deaths. High levels of NO2 which is produced largely by diesel vehicles, is responsible for 5,900 early deaths every year in London.

Here at the Faculty of Medicine, the breadth of interest in air pollution research extends from molecular level research of nanoparticles, to high level epidemiological study on environmental exposure as well as influencing policies that can improve air quality.

1. We are studying the impact of air pollution exposure on Oxford Street – one of Europe’s most polluted streets 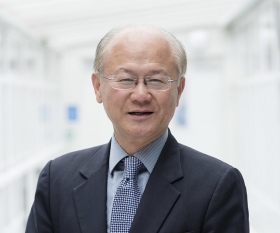 Together with Professor Paul Cullinan and Professor Peter Collins, we are achieving these aims by studying people in the natural polluted environment at the roadside such as on Oxford Street, with the observed effects reflecting more what happens in real life.

Our studies in Oxford Street looking at the natural exposure have linked the components of pollutants such as ultrafine particles of or less than 0.1 micrometres and PM2.5 to the loss of lung function capacity in patients with asthma. We have shown the adverse effects of air pollution exposure on vascular and respiratory function during walking in healthy subjects in their 60’s and in people with COPD and with a history of ischaemic heart disease. We found an association between a reduction in cardiovascular and respiratory function with a rise in these fine particulates. In addition, in patients with asthma, walking on Oxford Street was associated with a significant degree of airway narrowing that correlates with levels of ultrafine particles.

2. We are looking at individuals’ genes to determine whether they are affected by air pollution and whether they predict those at particular risk

In order to determine whether a particular individual is affected by air pollution, we used the method of gene expression to find genes or proteins that are changed by exposure specifically to pollution. In this way, we can tell whether air pollution may be the cause of the symptoms reported by the subject. Therefore, in a subgroup of people with severe asthmatics, we found evidence that exposure to environmental pollution is associated with the biological ageing process.

Other groups who are more vulnerable to the effect of pollution include pregnant mothers and children. Together with Professor Cullinan and Dr Quint, we are currently involved in a study in New Delhi, India – it has one of the highest levels of outdoor pollution – to examine the effects of pollutants on mother and child over the first three years of life, and on asthmatic adolescents.

Although reducing the source of pollutants remains the most important solution, ways in which individuals and those at particular risk can mitigate the deleterious effects of pollution needs to be defined. This should be possible as we discover more about the ways and the mechanisms by which pollution affects the cardiovascular and respiratory systems. This will allow us to discover ways of reducing and protecting individuals against the bad effects of pollution.

3. Imperial is leading a next-generation study to determine if there such a thing as ‘safe’ level of air pollution 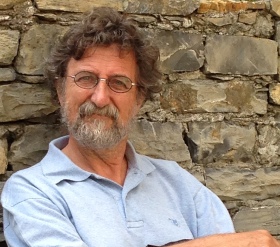 Traditionally, our understanding of the mechanisms of action that underlie the adverse health effects of air pollution comes from conventional in vivo and in vitro toxicology studies. Today the research we carry out at Imperial incorporates 21st-century science to connect exposure to air pollutants to internal molecular mechanisms, and then to long-term disease risk. For example, I am leading an EU-funded (FP7) project called EXPOsOMICS which is a collaborative project with 13 organisations that aims to predict individual disease risk related to the environment, including air pollutants –  by developing a new approach to environmental exposure and health assessment during critical periods of life. This goes much beyond conventional toxicological studies that mainly investigated short-term effects.

4. We are linking air pollution exposure to epigenetic changes in our body

Already, this project has drawn a number of new and relevant observations. Firstly, air pollution comes in many different forms with some particles and gases more dangerous than others. We can use an approach from an emerging field of science called metabolomics to perform systematic quantification and classification of small molecules known as metabolites in a biological system. This allows us to disentangle the effects of different components in air pollution mixtures and identify the most harmful.

EXPOsOMICS also allows us to better investigate the impact of low doses of air pollution, beyond the resolution limit of epidemiology. We have found epigenetic marks of exposure to air pollution – that is, features not due to structural change in the sequence of the DNA, but due to gene regulation. I think the development of omic technologies – a collective term for the technology that can reveal a wide range of molecular changes in cells, such as metabolomics – will have a big impact on epidemiological research, including on the effects of air pollution.

5. We are collaborating with Public Health England to investigate the effect of diesel exhaust particles on asthmatics 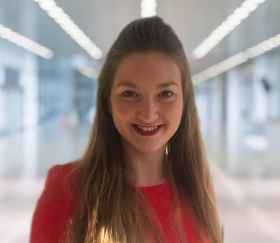 The debate on the health effects of diesel fuel emissions, and the health effects of air pollution on those who already have breathing problems such as asthma, are two subjects that we have heard much about in the news recently. My PhD is a joint project between Imperial College London and Public Health England. I’m investigating both these topics by studying the effects of diesel exhaust particles and a cerium dioxide (CeO2) fuel catalyst in an animal model of allergic disease (which is designed to mimic asthma). This type of fuel catalyst can be easily purchased and added to any diesel fuel tank to increase fuel efficiency. Previously, in collaborative multi-disciplinary research, my research group, Lung Cell Biology (headed by Terry Tetley), showed that addition of these fuel catalysts to diesel engines decreased fuel consumption, but also led to a decrease in the size of particles and a corresponding increase in their number in the emissions. We also found that CeO2 nanoparticles were present in the emissions.

The problem is that the smaller the particle, the greater the potential it has to reach, and cause an effect, in the deep lung; this can include increased immune cell counts and cytokines associated with allergic diseases, as well as physical changes to the lungs. CeO2 is being used by some bus fleets in the UK, leading to these particles being released into the air and potentially being inhaled by the public. Whether CeO2 might affect asthmatics is unknown, hence my interest in this research. So far, my research indicates that, like diesel exhaust particles, CeO2 causes biological effects within in the allergic lung including increased immune cell counts and pro-inflammatory cytokines. With around 5.4 million people (one in 11) are being treated for asthma in the UK each year, there is the potential for these particles to cause effects within this population.

My research suggests that CeO2 fuel catalysts are a double-edged sword: it is important to reduce fuel consumption and fuel emissions into the environment (which CeO2 does do!), but this may potentially be at the cost of adverse health effects in asthmatics. As the health effects of diesel particulates become more apparent, I think there will be a greater push to develop more catalysts of this kind, to limit the number of particles particulates produced (and their environmental effects) in both the traditional fuels and in the newly emerging bio-diesels. Nevertheless, I think we must perform relevant studies on all these new strategies, to disentangle the impact of fuel catalysts from that of fuel emissions and rule out any adverse health effects of fuel additives before they become a mainstay.