Diplomats and Government officials visited White City to hear about the College's vision for a research and innovation district.

IGSPF is a new, high-profile programme of events designed to connect overseas diplomats (based in the UK) with Imperial researchers, industry experts, and other relevant stakeholders including parts of UK government.

The networking event brought together diplomats from more than 30 countries, including the USA, China, Singapore, Brazil and Germany, to find out more about the White City innovation district and Imperial’s  international collaborations.

Professor Tom Welton, Dean of Faculty of Natural Sciences, opened the event by underlining Imperial’s position as the UK’s most international university.  He explained "across every continent we have collaborations with scientists, engineers and industry too".

A prime example of this collaborative outlook is the new joint laboratory set up by Imperial and France's National Centre for Scientific Research (CNRS). "This is exactly the kind of heavily integrated, pioneering enterprise that we want to develop" said Professor Welton.

Dr Eulian Roberts, Chief Executive of Imperial College ThinkSpace, provided an overview of the ecosystem for innovation at the White City campus. 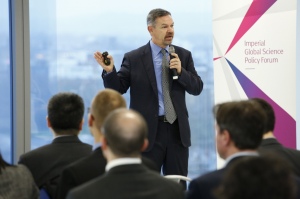 He explained how the co-location of knowledge-intensive organisations with world-leading Imperial research groups will unleash a wave of innovation.

Dr Roberts said: "We recognise that academics, start-ups, scale-ups, investors and our industry partners need access to a range of collaborative spaces. The White City Campus enables this co-location and embeds it within the research environment".

The audience also heard from Professor Alan Armstrong, Head of the Department of Chemistry, who presented on Imperial’s new Molecular Sciences Research Hub (MSRH) which is set to open later this year at White City. 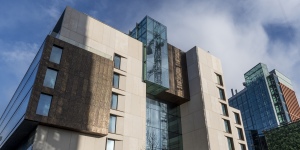 Providing a new home for Imperial's Department of Chemistry, the MSRH will bring together up to 800 scientists, clinicians, engineers and business partners to address common challenges in areas such as energy, healthcare and sustainability.

The networking event was followed by a tour of the White City Incubator.

The morning was rounded off by a visit to The Invention Rooms on the south site of the White City Campus. 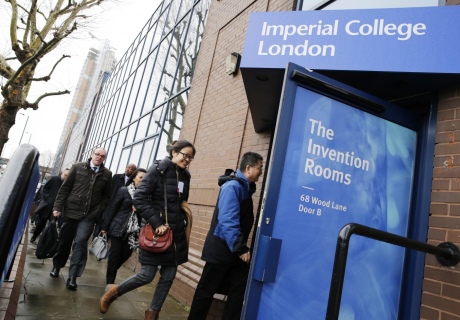 The tour concluded at The Invention Rooms

Having opened its doors in October last year, The Invention Rooms brings members of the local communities around White City together with Imperial’s academics, students, alumni and partners to test out creative ideas, build real prototypes and share in fun of making and discovery.

The Invention Rooms also provides a new base for Imperial College Advanced Hackspace (ICAH), the College’s network of entrepreneurs, inventors and hackers.

Professor Oscar Ces (Co-founder of the ICAH) explained how the new ICAH workshop provides Imperial staff and student innovators with access to specialist prototyping and manufacturing equipment as well as a fully equipped bio-lab, which enables synthetic biology and molecular fabrication. 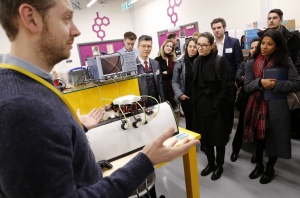 At the event, members of ICAH exhibited their projects to guests. These included alumnus Chris Cieslak who is founder of BladeBug Limited, a new company that is developing an ingenious robotic device to inspect and maintain wind turbine blades.

What's next in the Forum?

The Institute’s vision is to support the identification, development and widespread diffusion of healthcare innovation, and in doing so to sustainably reduce inequalities in global healthcare for generations to come.

The inaugural Imperial Global Science Policy Forum, which coincided with the United Nations’ World Cities Day on 31 October 2017, showcased some of Imperial’s most innovative ideas on the themes of urbanisation, global development, and big data.