World Cancer Day is recognised each year on 4 February

Caused predominantly due to exposure to asbestos, The UK has the highest incidence of mesothelioma in the world. This aggressive form of cancer results in 2,500 deaths a year in the UK, and it is estimated that there will be 50,000 to 60,000 new cases by 2050. Mesothelioma is so prevalent in the UK in part due to the use of asbestos not being reduced earlier and our legacy of a large shipbuilding industry.

In many cases, spouses and children of those exposed to asbestos have developed the cancer through the transfer of fibres on workers’ clothing. Asbestos exposure has put servicemen and women in the armed forces at particular risk. Asbestos exposure has an equally high risk of causing lung cancer, leading to a further 2,500 deaths each year.

(2) For the first time, our researchers have quantified the number of cancers likely to be caused by diabetes and obesity 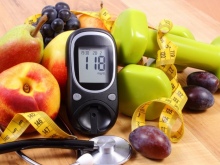 A 2017 study found that nearly six per cent of new worldwide cancer cases in 2012 were caused by the combined effects of diabetes and being overweight (BMI of over 25 kg/m2) or obese (BMI of over 30 kg/m2). For the 12 cancers types studied, diabetes and high BMI combined were responsible for nearly 800,000 new cancer cases.

Cancers caused by diabetes and being overweight or obese were almost twice as common in women as men, accounting for 496,700 and 295,900 overall cancer cases respectively.

The authors say that if global rates of diabetes and overweight continue to rise, the share of cancers attributable to the combined factors will increase by over 30 per cent in women and by 20 per cent in men by 2035.

Find out more about this study 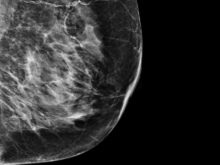 Led by Imperial College London, the consortium will be based at the Cancer Research UK Imperial Centre.

Clinicians and radiologists from the Centre will work on the research with technical partners at DeepMind Health and the AI health research team at Google, alongside the Cancer-Research UK funded OPTIMAM mammography database at the Royal Surrey County Hospital NHS Foundation Trust.

Find out more about this project 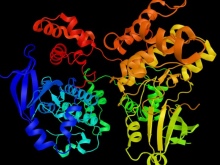 By tagging the enzymes with fluorescent dyes, researchers at Imperial have been able to reveal new characteristics, which they say could help to develop better drugs for parasitic infections, inflammatory disease and cancer.

The enzymes, called protein kinases, help to regulate cells and coordinate their responses to what’s going on around them in the body. They are hugely important in cell signalling and raising the alarm when the cell’s DNA is damaged, kicking off the response.

However, when the enzymes go wrong they can cause a whole host of problems downstream – such as unchecked growth, leading to tumours – which has made them an attractive target for drug makers developing new cancer treatments.

Find out more about this study 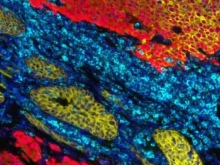 The Cancer Research Centre of Excellence (CRCE) is a strategic partnership between Imperial and the Institute of Cancer Research (ICR), London, to drive forward advances in the detection, prevention, diagnosis and treatment of cancer.

Launched almost one year ago, the CRCE's vision is to improve the quality of life of cancer patients and populations through research. It will cement and expand inter-institutional collaborations by uniting diverse disciplines such as engineering, chemistry, computing and physics with cancer scientists, oncologists and surgeons.

Find out more about the CRCE