The number of startup companies founded by Imperial students and researchers has more than doubled in the past five years, according to a new report.

Imperial has a deserved reputation for education, research, and translation of discoveries into benefits for society. Its support for enterprise pervades all three sectors.

This means that there is now a total of more than 136 active startups founded by members of the Imperial community, a record high for the College.

These companies support more than 1,300 jobs, and have collectively generated close to £900m of investment since 2012.

The report points to a boost in support for enterprise and innovation at the College through programmes such as the Enterprise Lab, as well as the expanding entrepreneurial ecosystem at Imperial’s White City Campus.

Professor James Stirling, Provost, said: “Imperial has a deserved reputation for education, research, and translation of discoveries into benefits for society. Our support for enterprise pervades all three sectors.

“Universities are increasingly being charged to become more innovative, dynamic and connected. This review celebrates Imperial’s significant response to this challenge: a unique innovation and enterprise ecosystem, and a world-leading community of staff and students who act boldly and courageously to identify and pursue new opportunities.” 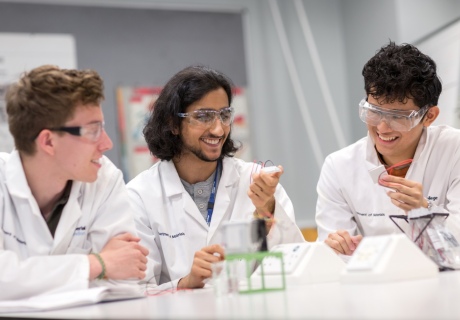 “A vibrant entrepreneurial environment is becoming an increasingly strong competitive driver for attracting staff and students. This investment underpins the College’s long-term interests in attracting and developing the best staff and student talent, collaborating with industry in meaningful ways, and generating impact from its work for the benefits of society.”

Imperial’s Enterprise Lab, a dedicated space that opened its doors in October 2016, provides state of the art digital tools, training, mentoring and a range of programmes to help students build business plans, hone their pitching skills, and boost their entrepreneurial aspirations.

Its flagship programmes for students – WEInnovate@Imperial (formerly known as the Althea-Imperial programme) and the Venture Catalyst Challenge (VCC) – have led to scores of successful startups.

For example, Lys, founded by Imperial student Christina Petersen following her participation on the 2016 WEInnovate@Imperial programme, is developing small wearable devices which track the kind of light a wearer is exposed to throughout the day to help facilitate a healthy sleep-wake cycle.

The device feeds information about light intensity and colour back to the user via an app to help them better understand the impact of light on their health and wellbeing and to set “healthy light” targets. Lys recently raised over £55k in a crowdfunding campaign. 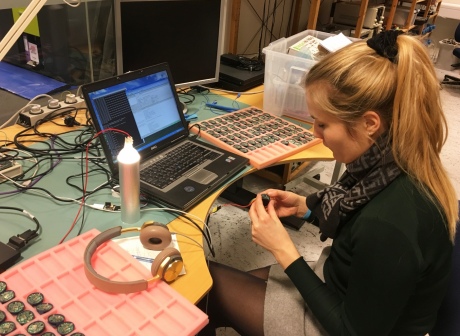 The 18,000 sq ft incubator, based at the I-HUB at the College’s White City Campus, provides access to state-of-the-art laboratories, office space, as well as an incubation programme to help startup companies grow and develop. The incubator is now 96% full, housing 15 startups as well as RebelBio – the world’s first Life Sciences accelerator. 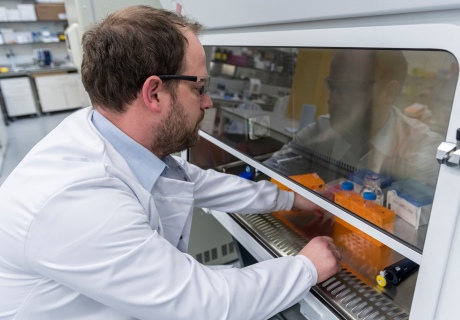 Technology licensing at Imperial has also grown, according to the report. In 2016/17, 46 new licenses were signed with industrial partners – up 18% from the previous year.

Income from technology licensing has doubled in the past five years to £3m in 2016/17. 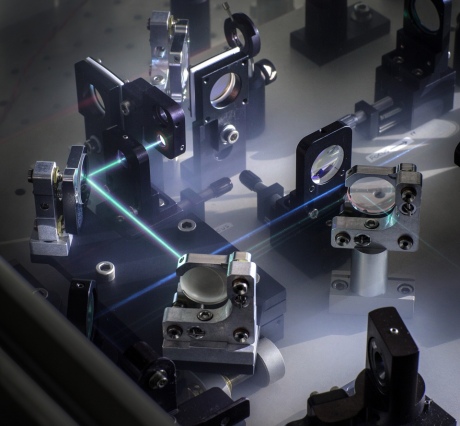 Equipment for generating tuneable infrared light, used in research collaborations with AstraZeneca and Syngenta to improve the design of drugs and herbicides

Imperial technology licensed to Philips Volcano is reducing the side effects and healthcare costs for patients with narrowed heart arteries who are being assessed for a stent. Narrowing arteries cause a condition known as coronary stenosis, which can lead to heart failure if left untreated.

The new technology – instantaneous wave-free ratio (iFR) – offers doctors a new way of assessing the extent of stenosis which provides equally as accurate results as current methods, but which avoids pain and side effects for patients and reduces the time and costs associated with the procedure.

The report also looks ahead to new initiatives that aim to boost innovation and enterprise among staff and students.

Founders Choice, the first programme of its kind in a UK university, offers academics a choice between two routes for founding startup companies. The new Founder-driven route offers academics a much greater share of founding equity – up to 95% – and more developmental freedom and responsibility. The existing option for startups at Imperial – the jointly driven route – will continue to offer academics full support from Imperial Innovations, with founding equity split more evenly between the founders and Imperial. 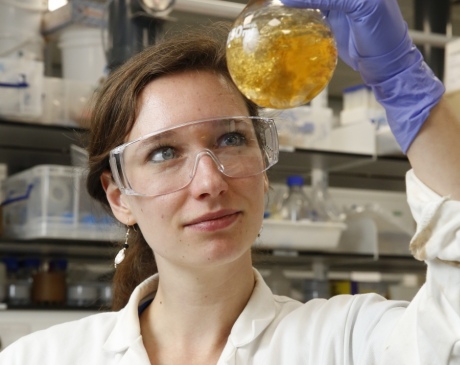 Florence Gschwend, founder of Chrysalix and participant on the new Techcelerate programme

This year, the Enterprise Lab began a pilot programme to support postdocs. Techcelerate is designed to help postdocs to fast-track the commercial development of their ideas and strengthen their entrepreneurial skills.