The Bird, Stewart and Lightfoot Medal is awarded to one or more individuals, from industry or academia, who have made a significant contribution to research in transport phenomena. The contribution should show an enduring impact, such that it has initiated a change that has been widely adopted and either continues to give a lasting benefit or has inspired others to develop further.

Byron Bird, Warren Stewart and Edwin Lightfoot were the authors of the seminal book 'Transport Phenomena'. This medal was awarded in recognition of Professor Matar's 'contributions in the field of modelling and simulation of multiphase flows with particular emphasis on including the presence of surfactants on interfacial behaviour'.

Upon receiving the award, Professor Matar said: “I feel thrilled to have won the Bird, Stewart & Lightfoot Medal from the IChemE; it is a true honour. I look forward to continuing on the path blazed by these legendary scholars.” 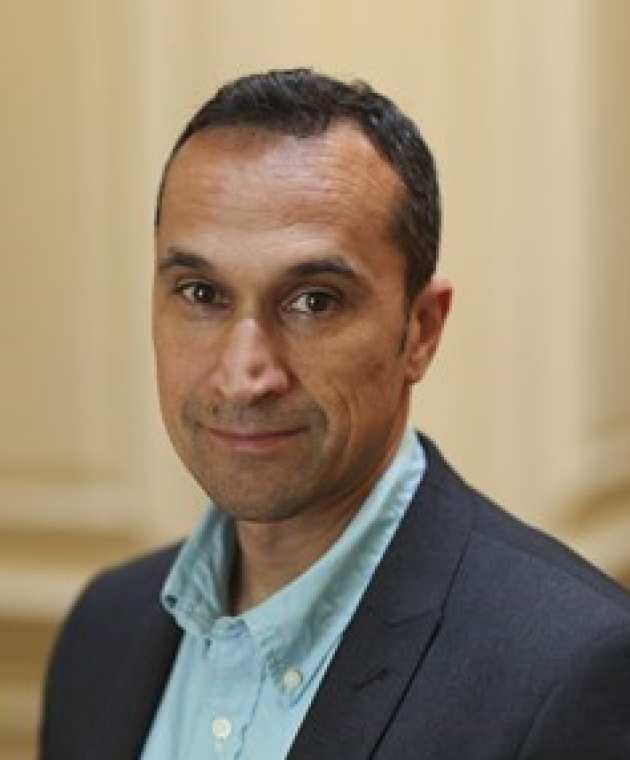 Named after Roger Sargent, former president of IChemE, Courthaulds professor of chemical engineering at Imperial College and founder of the Centre for Process Systems Engineering (CPSE), the medal was launched in 2014 to recognise a major contribution to research in the area of computer-aided product and process engineering.

Professor Shah, current Head of Department, was recognised for his ‘world-leading work in the field of process systems engineering, in particular, in the development and application of mathematical models to analyse, design and optimise complex process and energy systems’.

He said: “It’s an honour to receive this medal and recognition for my research.  It is particularly poignant given the passing of Professor Sargent a short time ago, without whom the field of process systems engineering would not exist as it is today. I’m proud to follow in his footsteps and try to do justice to his legacy.” The Geldart Medal was introduced in 2014 to recognise a major contribution to research in the area of particle technology, through scientific advancements widely acknowledged within the community and high impact findings recognised outside the particle technology community.

Professor Williams was awarded the medal in recognition of his ‘notable contributions to the characterisation of physico-chemical properties of powder surfaces by dynamic vapour sorption and inverse gas chromatography methods.’

He said: “It is a great privilege that the DVS and IGC techniques used at Imperial College and developed by Surface Measurement Systems have been acknowledge by the IChemE. This team work over many years has changed the way in which materials are characterised in both industry and academia “ The Nicklin Medal is an early careers award designed to recognise talented chemical engineering researchers. It is named after Don Nicklin, long-standing Head of Chemical Engineering at Queensland University who was renowned for supporting up-and-coming researchers.

Nominees must, at the time of the awards nomination deadline, have no more than five years postdoctoral research experience and should have produced international quality research outputs.

Dr Yetisen was awarded the medal in recognition of his 'commitment to the advancement of biochemical engineering as evidenced through a remarkable track record' which will 'impact society positively through translational medicine'.

Ali said: “This award represents the excellence of biochemical sensors research in the Department of Chemical Engineering. This milestone motivates our team to further innovate novel biosensors and medical devices to make a positive impact in healthcare.” The Senior Moulton Medal is given for the best paper published by the institution each year, and was awarded to the team for their paper Modeling for design and operation of high-pressure membrane contactors in natural gas sweetening.

The Institution's Medals and Prizes Committee unanimously agreed the recommendation of the Publications Medal Board, with the judges commenting: "In this paper the authors present the development and verification of a predicative mathematical model of high-pressure membrane contactors for natural gas sweetening applications.This comphrehensive core chemical engineering piece of work has real-life applications. The paper is an international collaboration between academic and industry."

Dr Chachuat commented: "This award recognizes seminal work on modeling of complex and multiscale processes conducted by the Centre for Process Systems Engineering (CPSE) over the last decades. We are proud that our models are used by Petronas to assist in the development of full-scale membrane contactors for natural gas sweetening."

The recipients will be presented with their awards at an event later in the year.