It is now much harder to model and predict the pandemic due to uncertain levels of immunity, Professor Neil Ferguson told a group of policymakers.

Professor Ferguson, Director of the MRC Centre for Global Infectious Disease Analysis and the Jameel Institute, spoke about the future of the COVID-19 pandemic, lessons learnt from the global response to the virus and how scientists should communicate with policymakers and the public.

Speaking at an Institute for Government event in collaboration with Imperial’s The Forum, Professor Ferguson was asked to predict the course of the pandemic over the next few months, particularly in light of schools returning this week.

Professor Ferguson, who leads Imperial’s COVID-19 Response Team, noted that the majority of epidemiologists expect cases to go up the next few weeks, cautioning that any prediction contains a high degree of uncertainty, due to how uncertain the current level of immunity is in the population.

Speaking about the wider difficulty of modelling the pandemic, Professor Ferguson continued that it is much harder to model and predict the pandemic now compared to the start of the pandemic due to the uncertain levels of immunity currently in the population.

Professor Ferguson was asked about whether he believes the vaccination programme should be extended to 12-15 year olds. He explained that once it has been established that there is scientific evidence for individual level benefits for that age group having a vaccine, then “I think it’s valid to pull in the population-level benefits, and those would be that the vaccinating of that age group would drive down transmission in the population as a whole, it would protect the more vulnerable.”

Asked whether he believed the government would extend the programme to 12-15-year olds, he said that “the balance becomes even finer going to younger age groups but, focusing on teenage, secondary school-age children, I think we will move in that direction.”

Global response to the virus

Speaking more widely about the global response to the pandemic, Professor Ferguson said that it had been “understandable but a little disappointing” that the global response had so far been characterised by a lack of international co-ordination and co-operation between countries, who have focused almost purely on their own internal crisis.

While the scientific community has responded admirably in terms of its openness, each country has been an island unto itself. Professor Neil Ferguson Imperial College London

Even within the EU, he continued, no two countries have adopted the same policies, in contrast to the scientific community which has shared and co-operated throughout the crisis. This single-minded focus he believes has been to the detriment to national responses to the virus.

He continued by saying that the pandemic has shown the global “fault lines between North and South.” Challenges have included sustaining social safety net policies like furlough, and tackling resurging case numbers with low numbers of vaccines.“While the scientific community has responded admirably in terms of its openness, each country has been an island unto itself,” remarked Professor Ferguson.

Lessons learnt from the pandemic

Speaking about the lessons he has learned since the pandemic from his time advising the UK government, Professor Ferguson remarked that one of the principal technical lessons of the crisis should be that in the future, we should put in place the capability to scale up surge testing of any potential pathogen far more rapidly than we did.

The reason we got caught out or responded too late was due to having a very partial view of how far infections had spread in the country. Professor Neil Ferguson Imperial College London

He explained that at the start of the crisis in early 2020, our collective response to the virus was hampered by the “very partial view of how far infections had spread in the country” due to the lack of testing. This was reflected in the belief at the time that the case numbers of the virus in the UK surged from March 13, when in reality the surge in infections had been going on for weeks beforehand.

Professor Ferguson pointed to the success of Germany in the initial stages of the pandemic, which experienced 80% fewer deaths per capita compared to the UK. He attributes it to the successful engagement between the scientific community and policymakers in Germany, the ability to scale up testing successfully and the timing of their lockdowns, which was earlier than the UK.

Professor Ferguson said that the political response to the increase in cases seen in early autumn had been hampered by the fragmenting of the political consensus on whether there was any further need for national lockdowns. This he believed had resulted in the necessary decisions being delayed longer than they should have been as infections were allowed to build up across the UK before the surge in late autumn.

Science communication during the pandemic

Speaking about the role of science communication in the UK, Professor Ferguson remarked that in with the traditional media, communication had generally been good, with only a few occasions during the pandemic where scientific data has been selectively picked and politicised to support a certain political viewpoint.

“In general… the communication of the science around COVID in this country has been really good. There have been instances though where some media outlets have cherry-picked the science to agree with a particular policy perspective,” said Professor Ferguson.

On social media by contrast, there has been far greater politicisation of the debate with a small but vocal minority against lockdown and other suppression measures, which Professor Ferguson believes has had a greater impact on general political debate in the UK than people have realised.

Concluding the event, Professor Ferguson remarked that the crisis has shown to policymakers the real-world value of quantitative disciplines like statistics. For society and government more generally, he believes that that for the UK to remain globally competitive in the future, the UK should invest more effort in training more people in quantitative disciplines and then encouraging them to enter government. 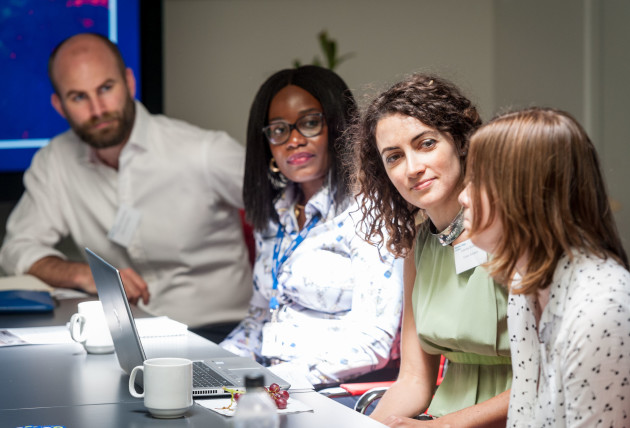