Professor Gerry Thomas retires from the Department of Surgery and Cancer After a long and distinguished career, Professor Gerry Thomas has retired from the Department of Surgery and Cancer.

A renowned expert in Molecular Pathology, Professor Gerry Thomas OBE, retires from the Department of Surgery and Cancer after a prominent and celebrated career.

She established and directed the current Imperial College Healthcare Tissue Bank, an infrastructure that enables Imperial researchers to collect, store and use human tissue appropriately under a single Human Tissue Authority (HTA) licence and Ethics approval.

Her Imperial research focused on the molecular pathology of thyroid and breast cancer, tissue banking and biospecimen science and the health effects of radiation. Professor Thomas also led and established the Ethical, Legal and Social Issues module on the MSc Genomic Medicine course.

In the wider medical field, Professor Thomas established the Chernobyl Tissue Bank in 1998 in response to the scientific interest in studying the molecular biology of thyroid cancer post-Chernobyl. She was the Scientific Director of the Wales Cancer Bank and Clinical Director of the West London Genome Medicine Centres and part of the 100,000 genomes project.

Professor Thomas was awarded an OBE for her services to Science and Public Health in 2019. Shortly after her award, she was appointed to the Committee on Radioactive Waste Management, an independent advisory body providing scrutiny and advice to the Government on issues related to the management of radioactive waste in the UK.

Professor Iain McNeish, Head of Division of Cancer, remarks: "Professor Thomas has made seminal contributions to the understanding of irradiation-induced carcinogenesis through her work leading the Chernobyl Tumour Bank. Moreover, she established the current Imperial College Healthcare Tissue Bank that underpins all research at Imperial that utilises patient biospecimens. The Tissue Bank will remain a lasting legacy of her contribution to Imperial over many years."

We spoke to Professor Thomas about her career, achievements, and future of scientific research.

What motivated you to pursue a career in Academia, did you plan your academic journey? No not at all. I would say disbelieve any scientist who says they planned their route because it doesn’t happen like that.

My first degree was in Pharmacology at the University of Bath. I had been asked to do a PhD by my supervisors, but I wasn’t really interested. I had intended to go into teaching originally but got the research bug while working at Cardiff University with eminent Pathologist, Professor Sir Dillwyn Williams.

My career journey wasn’t planned at all, I mean, if Fukushima hadn't happened, I probably wouldn't have had an OBE. Before Fukushima happened, I had been working with the Japanese since 2000, so I knew people in Japan, and they were very keen that I went and talked to people in Japan. So, I spent a lot of time in Japan from about 2011 to 2016, talking to people of different backgrounds, including nuclear power plant executives and people in village halls.

I never would have known at the start of my career that's where it was going to end up.

Have you had any notable mentors?

My first mentor was Professor Sir Dillwyn Williams, who I worked with at the Universities of Cardiff and Cambridge. I learned everything I could from him about the Pathology of thyroid cancer.

I also learned about the treatment of thyroid cancer from Professor Mike Tuttle and worked alongside Professor Robert Leonard to develop the Imperial College Healthcare Tissue Bank.

What is your most important personal highlight and or achievement?

Definitely my children. One of the best pieces of advice I received was during my year abroad in Switzerland. I had a really brilliant mentor who said to me ‘I can see you're going to work hard, but let me tell you something, the one thing that you cannot ever replace with anything is family. So don't work so hard that you exclude your family.’

How do you see the field of Molecular Pathology changing? I think we're moving towards cancer being a disease we live with, not die from. I think there will be more tailored treatments in the future. I don't like the term personalised medicine because it's not really personal. My friend, Professor Tuttle in the States, says that personalised medicine is when you tailor your treatment to that individual's personal lifestyle. Stratified medicine is really what we do in cancer treatment. We stratify patients to give them a statistically better outcome.

I think we will be able to treat more cancers effectively. The problem is going to be the cost. How are we going to finance this going forward? And I think the biggest question for us is when we should stop treatment. I think that is a societal issue that we have not yet taken into account. We must have a big discussion about when you should stop treating somebody especially when the treatment impacts their quality of life.

We're not having those discussions and we need to have them, and people will say, that's because I'm being hardnosed, and it's all about cost. No, it's not. I saw my own father want to die for about five years before he finally died of metastatic renal cancer. He was blind and couldn't do very much for himself, and his body was slowly giving out. I think when you've got people in that sort of position, you're not doing them any favours by keeping them alive. And in fact, he took the decision that he did not want treatment for his cancer. Not everybody will do that. Other people might feel pressurised by their family that they should have treatment. That they should stay alive. When, actually they've come to their end point.

I think learning how to deal with an illness that we cannot cure but impacts somebody's life so badly that you destroy their quality of living, is going to be very important.

What advice would you give to scientists who are starting their academic career at Imperial?

Take every opportunity you can possibly get. Understand that your career doesn't go in a straight line. If you get offered an opportunity that is a bit off the wall but it interests you and you think you can do it, do it because you won't get that experience anywhere else. Imperial College London offers you things that you would never get anywhere. I never would have dreamt that my career would have gone the way it had when I joined the College.

Take the opportunity when it's offered and make sure you've got a support network around you because you will have a lot of doubt. If you don't, then you're not doing it right. You should be doubting yourself. You should be saying, ‘Am I right? Do I need to check this? Have I got this right? Could I improve my model more? Could I do another experiment to make sure I'm right?’ That's what makes you a good scientist. You should still carry that with you even if you're not doing active bench research at the time.

What will you miss the most?

I will miss the interactions with the young students. I'll still get some of that because I'll still carry on doing some advocacy work, but less than I’ve done previously.

I'm sad to hand over the Chernobyl Tissue Bank at a time where there’s war in Ukraine. I don’t know what the future of the Tissue Bank holds because the Tissue samples are in Kyiv. 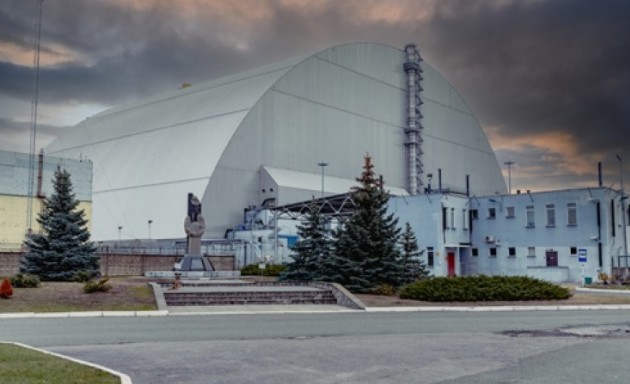 The work that we put into studying post-Chernobyl, has been blown out the water as all of the longitudinal studies we've put in place in Ukraine are going to be difficult to carry on because we don't know how long this interruption is going to last and a lot of that population has moved all around the world now. All those studies will effectively have stopped at the beginning of this year because we will not be able to follow up with people in those studies. It’s sad, an awful lot of money and time has gone into those studies, and I think they're going to be very difficult to do in the future. So that's the thing that makes me saddest.

I will also miss all the international friends I've made. I shall miss working internationally, although I probably will carry on a little bit of that, but not in a scientific capacity, more an advisory capacity.

What moment in your past would you love to re-live, if you could?

The OBE was nice, but I wouldn't swap my children for an OBE.


"Professor Thomas has been a key member of our department with a unique research expertise and critical contribution to department structure, and above all very supportive and very nice person. We wish her all the best." Professor George Hanna Head of Department of Surgery and Cancer


Everyone at the Department of Surgery and Cancer thanks Professor Thomas for her dedication, support, and contribution the Department and wishes her every success in her future endeavours.