Carbon Capture and Storage (CCS) technology is one type of technology that may be used in the future to reduce the UK’s greenhouse emissions by fitting coal and gas fired power plants with technology to capture CO2 before it is emitted into the atmosphere. CCS technology works by filtering harmful emissions through chemical solutions called amines that capture the CO2 so that it can be transported and stored deep underground in depleted oil and gas reservoirs.

When completed, the College’s Carbon Capture (CC) Pilot Plant will give undergraduates the chance to learn first-hand about CC technology and how it works. The students will be trained to operate the CC Pilot Plant, giving valuable hands-on experience so that those who go on to work in the chemical industry will have a head start on how to operate plants in a safe and efficient way.

Construction workers have started refurbishing sections of the ACE Building, which is the home of Imperial’s Department of Chemical Engineering and Chemical Technology. Construction is expected to be completed by mid 2011. 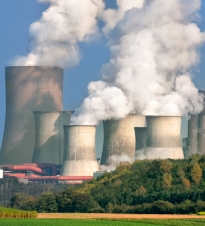 When finished, the stainless steel CC Pilot Plant, which will be the first in London and one of only two in the entire UK, will be four stories high inside the ACE building. One room will house a new state of the art control system that will be used by academics to train students on how to operate the plant. Parts of the control room and sections of the facility will be glassed off, so that visitors can see how the plant works.

As part of the new construction works, the Department is also refurbishing undergraduate teaching facilities including a new multi-functional open plan laboratory that can accommodate up to 60 students at a time. The laboratory will be used by staff to teach undergraduates a range of hands on skills including basic laboratory techniques, the fundamentals behind chemical processes and how to operate a range of engineering plant and scientific instruments. The laboratory will be finished in time for the start of the 2011/12 academic year.

Four new research labs are also being built, two of which are funded by Royal Society/Wolfson laboratory refurbishment programme for use on the reduction of carbon emissions.

The Department’s main entrance and the adjoining walkway will also receive a facelift with improved access and communal areas.

Professor Andrew Livingston, Head of the Department of Chemical Engineering, says: “Carbon Capture and Storage technology could play a vital role in the future in helping the UK to cut its greenhouse gas emissions. The construction of an amazing new Carbon Capture Pilot Plant at Imperial signifies the College’s ongoing commitment to training the next generation of engineers and researchers, who will play a pivotal part in making our country environmentally sustainable.”