Issued by the Medical Research Council

Researchers funded by the Medical Research Council (MRC) and Imperial College London have overcome a major obstacle in the development of a transplant treatment which could relieve the symptoms of Parkinson's disease, according to new research published today. They hope this discovery will lead to a resurgence in clinical trials in this area.

Research studies in the 1990s showed it was possible to reverse the damage caused by Parkinson's disease by transplanting brain cells from donated fetal brains into patients suffering from the disease. Some patients showed remarkable improvement in their quality of life, significantly reducing the need for drug treatments.

However, this controversial approach was abandoned in the early 2000s after it emerged that the transplant also caused some patients to suffer from jerky, involuntary movements known as dyskinesias. Until now, nobody knew why this happened or whether this side-effect could be successfully treated.

The research team, led by Dr Marios Politis at the MRC Clinical Sciences Centre at Imperial College London, scanned the brains of two transplant patients affected by Parkinson's. The brain scans showed that the involuntary movements were caused by malfunctioning serotonin cells in the area of the brain where the transplant had taken place. The team also found that they could treat the dyskinesias effectively by prescribing a drug which desensitises the serotonin nerve cells. 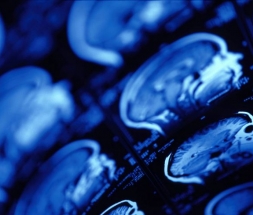 Dr Marios Politis, lead author from the MRC Clinical Sciences Centre at Imperial College London says: "After the huge excitement surrounding the potential of brain cell transplants in the 1990s, we are thrilled that this discovery could re-open the door to this promising area of research. We know that the benefits of this treatment could last up to 16 years, and we look forward to bringing this treatment one step closer to a reality for Parkinson’s patients."

Investment in world-class regenerative medicine research is a key strategic priority for the MRC, helping to fast-track scientific findings from the laboratory bench to the patient’s bedside, through new and innovative treatments and therapies.

A small number of patients worldwide have undergone this transplant and it is not currently available as an option for treatment in the UK. For more information on the guidelines for using human tissue in medical research, including information on the Human Tissue Act 2004, please visit our website.

The results are published online in Science Translational Medicine.