Scientists call for a global nuclear renaissance in new study

Scientists outline a 20-year master plan for the global renaissance of nuclear energy that could see nuclear reactors with replaceable parts, portable mini-reactors, and ship-borne reactors supplying countries with clean energy, in research published today in the journal Science.

The scientists, from Imperial College London and the University of Cambridge, suggest a two-stage plan in their review paper that could see countries with existing nuclear infrastructure replacing or extending the life of nuclear power stations, followed by a second phase of global expansion in the industry by the year 2030. The team say their roadmap could fill an energy gap as old nuclear, gas and coal fired plants around the world are decommissioned, while helping to reduce the planet’s dependency on fossil fuels.

Professor Robin Grimes, from the Department of Materials at Imperial College London, says: “Our study explores the exciting opportunities that a renaissance in nuclear energy could bring to the world. Imagine portable nuclear power plants at the end of their working lives that can be safely shipped back by to the manufacturer for recycling, eliminating the need for countries to deal with radioactive waste. With the right investment, these new technologies could be feasible. Concerns about climate change, energy security and depleting fossil fuel reserves have spurred a revival of interest in nuclear power generation and our research sets out a strategy for growing the industry long-term, while processing and transporting nuclear waste in a safe and responsible way.”

The researchers suggest in their study that based on how technologies are developing, new types of reactors could come online that are much more efficient than current reactors by 2030. At the moment, most countries have light water reactors, which only use a small percentage of the uranium for energy, which means that the uranium is used inefficiently. The team suggest that new ‘fast reactors’ could be developed that could use uranium approximately 15 times more efficiently, which would mean that uranium supplies could last longer, ensuring energy security for countries. 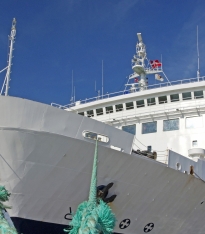 Another idea is to develop reactors with replaceable parts so that they can last in excess of 70 years, compared to 40 or 50 years that plants can currently operate at. Reactors are subjected to harsh conditions including extreme radiation and temperatures, meaning that parts degrade over time, affecting the life of the reactor. Making replaceable parts for reactors would make them more cost effective and safe to run over longer periods of time.

Flexible nuclear technologies could be an option for countries that do not have an established nuclear industry, suggest the scientists. One idea involves ship-borne civil power plants that could be moored offshore, generating electricity for nearby towns and cities. This could reduce the need for countries to build large electricity grid infrastructures, making it more cost effective for governments to introduce a nuclear industry from scratch.

The researchers also suggest building small, modular reactors that never require refuelling. These could be delivered to countries as sealed units, generating power for approximately 40 years. At the end of its life, the reactor would be returned to the manufacturer for decommissioning and disposal. Because fuel handling is avoided at the point of electricity generation, the team say radiation doses to workers would be reduced, meaning that the plants would be safer to operate.

The scientists believe the roll out of flexible technologies that could be returned to the manufacturer at their end of their shelf life could also play an important role in preventing the proliferation of nuclear armaments, because only the country of origin would have access to spent fuel, meaning that other countries could not reprocess the fuel for use in weapons.

In the immediate future, the researchers suggest the first stage of the renaissance will see countries with existing nuclear energy infrastructure extending the life of current nuclear power plants. The researchers suggest this could be made possible by further developing technologies for monitoring reactors, enabling them to last longer because engineers can continually assess the safety and performance of the power plants.

The researchers say new global strategies for dealing with spent fuel and radioactive components will have to be devised. Until now, countries have not developed a coordinated strategy for dealing with waste. One suggestion is to develop regional centres, where countries can send their waste for reprocessing, creating new industries in the process.

Professor Grimes adds: “In the past, there has been the perception in the community that nuclear technology has not been safe. However, what most people don’t appreciate is just how much emphasis the nuclear industry places on safety. In fact, safety is at the very core of the industry. With continual improvements to reactor design, nuclear energy will further cement its position as an important part of our energy supply in the future.”

However, the authors caution that governments around the world need to invest more in training the next generation of nuclear engineers. Otherwise, the nuclear industry may not have enough qualified personnel to make the renaissance a reality.

Dr William Nuttall, University Senior Lecturer in Technology Policy at Cambridge Judge Business School, University of Cambridge, concludes: “The second phase of the ‘Two-Stage Nuclear Renaissance’ is not inevitable, but we would be foolish if we did not provide such an option for those that must make key energy technology decisions in the decades ahead. Too often, decisions shaping the direction of research and development in the nuclear sector are made as part of a strategy for eventual deployment. As such small research capacities can become confused with multi-billion dollar plans and stall as a result. Relatively modest research and development can, however, provide us with important options for the future. Such research and development capacities need to be developed now if they are to be ready when needed. While some good measures are already underway, the possible challenge ahead motivates even greater efforts.”

1. “Generating the option of a two-stage nuclear renaissance” Science journal

The full listing of the authors and their affiliations for this paper is as follows: (1)Robin Grimes, Centre for Nuclear Engineering, Department of Materials, Imperial College London HA9 8DT, UK

Cambridge Judge Business School is internationally recognised as one of the leading providers of innovative, intellectually challenging and practical business management education across a portfolio of undergraduate, graduate and executive programmes. As a fully integrated department of a world renowned university, Cambridge Judge Business School hosts one of the largest concentrations of interdisciplinary business and management research activity in Europe. Built on an ethos of collaboration, the School is a unique place where policy makers, regulators, industry leaders, not for profit organisations, entrepreneurs and academics can meet, interact and share ideas.Cambridge Judge Business School delivers business education for the 21st Century networked economy, fostering collaborative leadership skills, developing communities of partners to meet the challenges of the new global business landscape. Ranked 21st in the 2010 FT Global Rankings of business schools, 11th in the 2009 Economist Intelligence Unit Global MBA Rankings, and 3rd in the 2009 Forbes Global Rankings for one year MBA programmes, the Cambridge MBA sits alongside the very best in the world.