Impact of Diabetes on a Global Scale

Diabetes mellitus is a disease that affects millions of people worldwide. 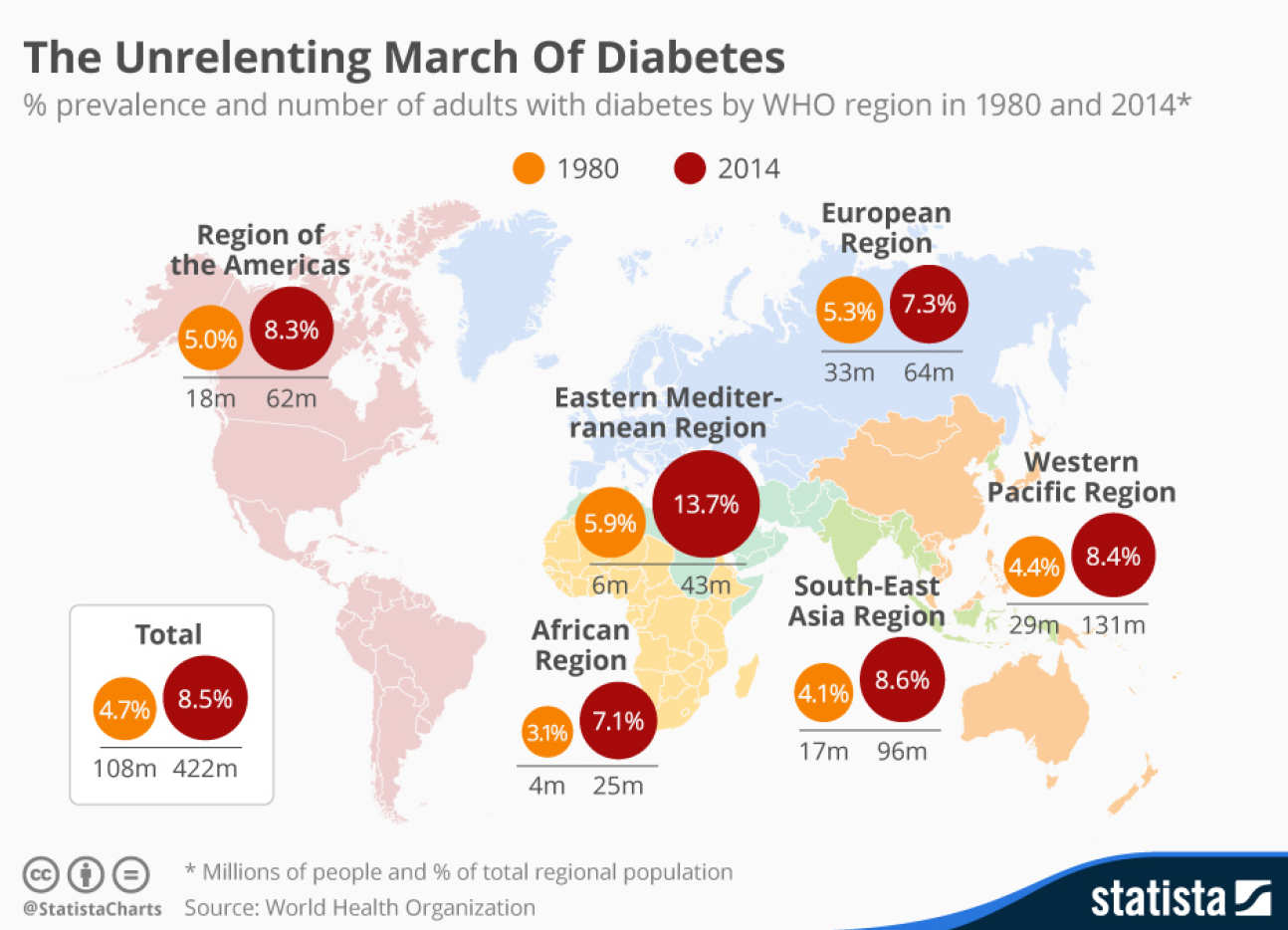 In the United Kingdom

In 2013, 2.7 million people in England had diabetes (Gatineau et al. 2014), with 90% of whom had type 2 diabetes (UK 2014). This does not include the half a million individuals who are estimated have undiagnosed type 2 diabetes.

In addition, an estimated 5 million people were thought to have a high risk of developing type 2 diabetes (National Cardiovascular Intelligence Network NCVIN 2015).

How does diabetes impact a person’s life?

Diabetes is a chronic, long-term condition which has a significant impact on a person’s life. Long term consequences include reduced Quality of Life (QoL)

-          High relative risk for other diseases, in particular, coronary heart disease and stroke

-          Increased risk of blindness due to eye blood vessel damage

-          Mental health issues including depression and cognitive impairment with depression rates are twice as high among people with diabetes (Gatineau et al. 2014).

Diabetes Mellitus and the Healthcare System 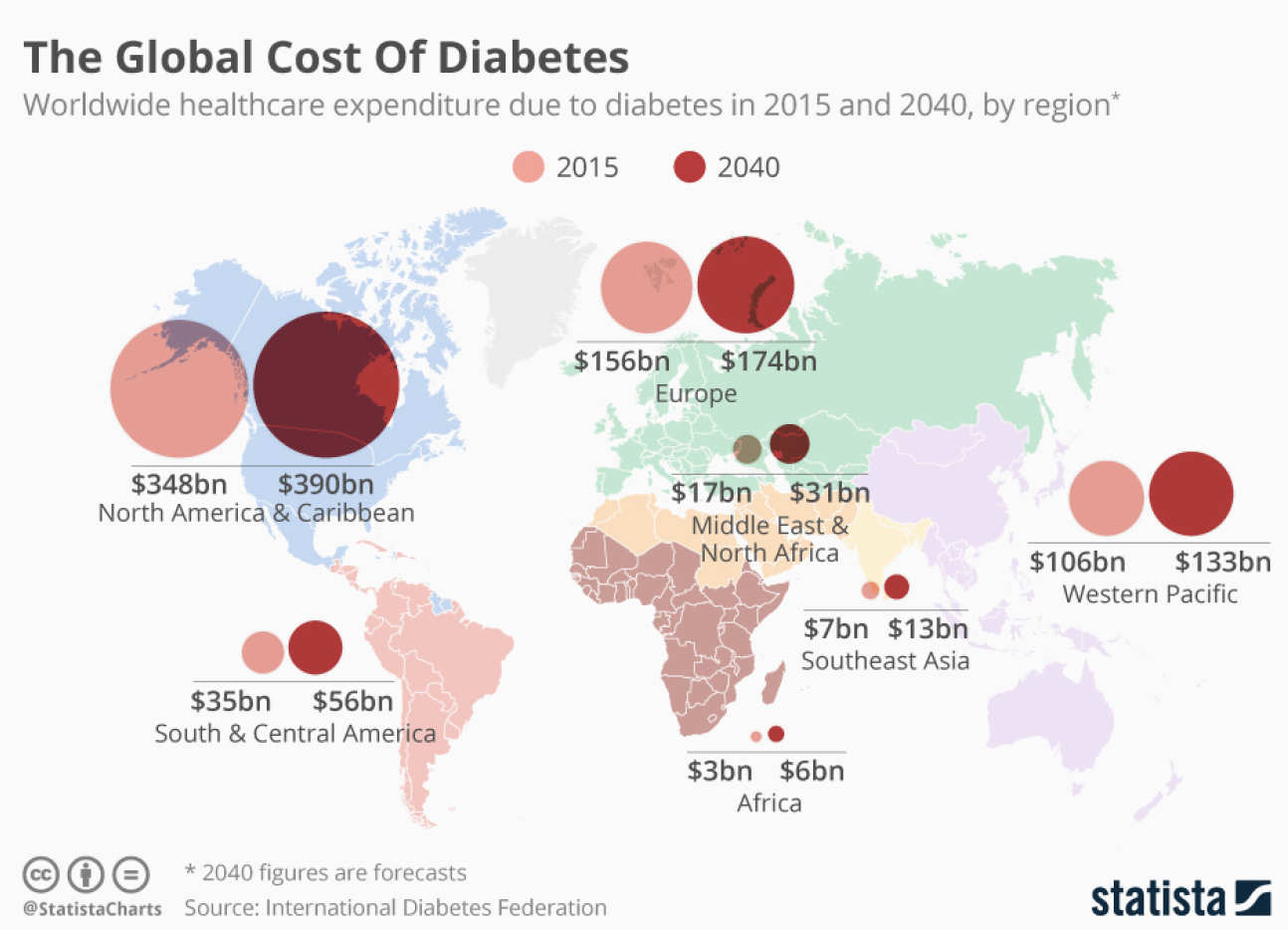 In the UK, the cost of diabetes is estimated at over £8 billion per year, with 80% accounted for by diabetes related complications such as CVD, amputations, renal failure, and sight loss (Hex et al. 2012).

Between the years of 2012-2013, over 50 000 people were admitted to hospitals in England with diabetes as the main diagnosis (Hex et al. 2012). The impact of such prevalence is also evident in the healthcare system. Diabetes places an immense strain on health care systems finances and resources.