Grazing impacts on plant community composition and on the environment are remarkable and the subject of intensive research in conservation and agricultural sciences.  Changes in rabbit grazing pressure have affected significantly Silwood Park vegetation; from the rapid formation of oak woodlands when rabbits almost disappeared due to the introduction of a viral disease in the 1950's, to the maintenance of open grassland habitats and extinction of plant species when the virus died out and rabbits returned to high population levels 20 years later.

Silwood Park hosted an experiment in the species-poor grassland of Nash's Field that investigated how grazing by the European rabbit (Oryctolagus cuniculus) affected plant recruitment under different levels of competition. In September 1986 six plots are established in three areas of distinct initial vegetation and presumably different levels of rabbit grazing pressure.  Half of each plot was fenced to exclude rabbits and an area that includes fenced and unfenced parts of the plot was assigned for annual cultivation, providing a low competition treatment. This experiment ran from 1986 to 2017 when treatments were stopped for four of the six plots due to deterioration of fencing and invasion of bracken ferns.

This experiment was created by Professor Mick Crawley and supported by the Department of Life Sciences at Imperial College London, and more recently by NERC grants to Dr. Thomas Bell. A related experiment established in 1991 at Nash's field (plots K-S) investigates the effect of nutrient addition and herbivore removal on grassland diversity and productivity.

Nash's field disturbance experiments contain six 20 x 20 plots each one enclosing four 10 x 10 m subplots with a 2-factorial experiment:  +/- rabbit fencing and +/- soil cultivation.  Plots were laid out as pairs in three areas with initial distinctive vegetation and evidence of rabbit presence. Plots A and B, set in an area dominated by Anthoxanthum odoratum (sweet vernal grass), are close to a birch woodland that serve as refuge for rabbits. Plots C and D, to the east, are further away to this refuge area and thus expected to suffer lower grazing. These plots are located on a part of the grassland originally dominated by the grasses Agrostis capillaris (common bent) and Fetusca rubra (red fescue). Finally, plots E and F were set close to another potential refuge space for rabbits in an overgrown broom (Cytisus scoparius) patch and in an area dominated by Veronica chamaedrys  (germander speedwell).

In each plot a 20 x 10 m area is protected from rabbit grazing by a fence constructed of 1-cm wire mesh buried 5 cm deep, with the bottom 15 cm of wire turned outwards. The adjacent 20 x 10 m is left unfenced.  Half of the fenced and unfenced area is left unmanipulated and thus receive the high competition treatment.  The other half is cultivated annually between August and October receiving the low competition treatment.  Cultivation consists of cutting and removing the vegetation and then rotovating the ground to smooth soil.

Before the start of the experiment in September 1986, plots assigned for the low competition treatment (cultivated) were treated with herbicide, ploughed, rotavated and raked to eliminate perennial grasses. These procedures failed to eliminate some perennial species like Holcus mollis and Rumex acetosella from these plots.

Data of plant species composition and biomass is available for each plot.

Find here the metadata file for this experiment (103KB)

Del-Val E, Crawley MJ  (2004) Importance of tolerance to herbivory for plant survival in a British grassland. Journal of Vegetation Science 15: 357–364. 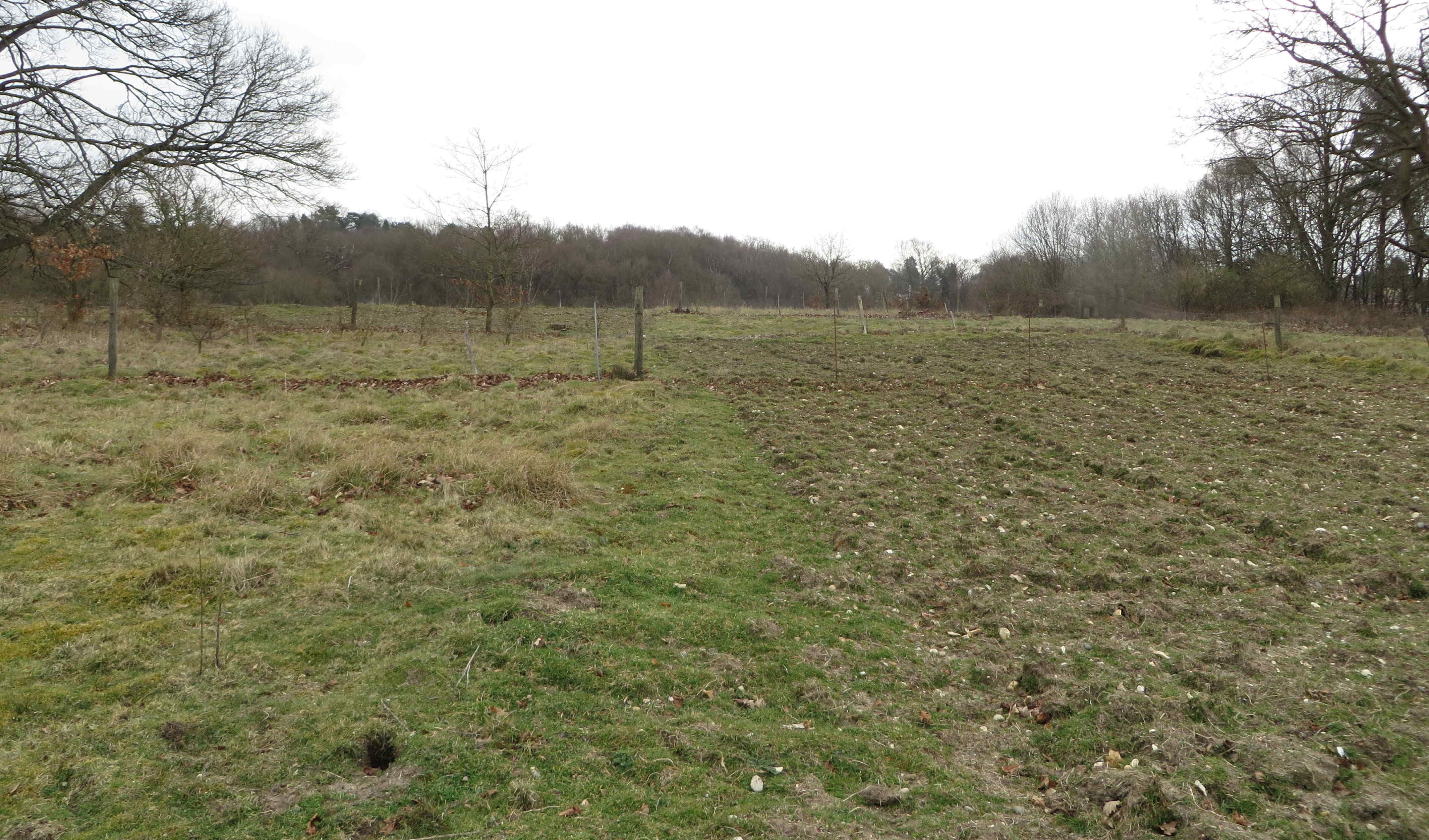 Cultivated (right) and no cultivated (left) 10 x 10 m subplots in the unfenced (front) and fenced (back) section of plot D, March 2016 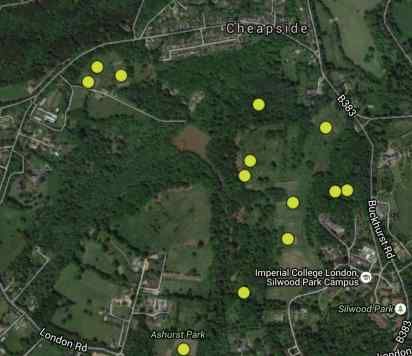