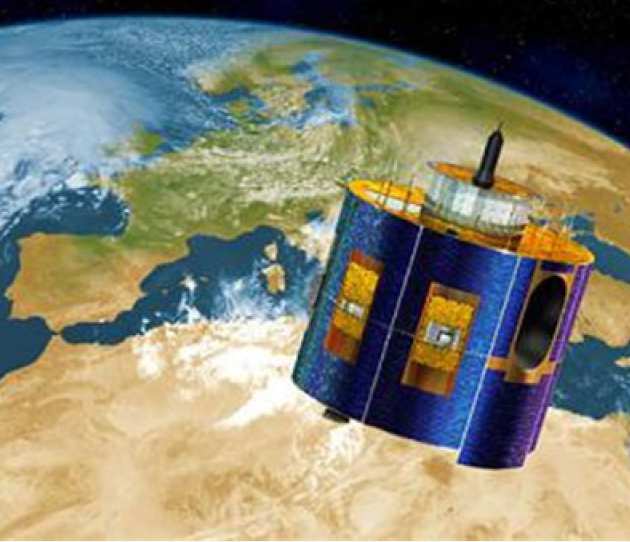 As our understanding of climate expanded during the 20th century, it became clear that a number of gases in a planet's atmosphere act to trap radiation. Earth Radiation Budget (ERB) measurements have to consider three components: the incoming solar radiation, the solar radiation which is reflected at the top of the atmosphere and the thermal radiation emitted by the earth. The difference between incoming and reflected solar radiation is the absorbed solar radiation, the energy source of the Earth-atmosphere system. The emitted thermal radiation is the only sink of energy so that the budget is the difference between the two. Seasonal changes in the ERB are due mainly to changes in incoming solar radiation, but there is a large amount of variability on timescales of hours to days, mainly due to clouds. To fulfill the global coverage and sampling required for accurate climate models, ERB measurements have to be done from satellite.

The Geostationary Earth Radiation Budget (GERB) sensor is the first instrument designed specifically to measure ERB parameters that will fly on a geostationary satellite. It is onboard the MeteoSat Second Generation (MSG) operational weather satellite and is providing accurate radiation measurements over a disc of the earth every 15 minutes. This is a long-term project, with each of the first four MSG satellites planned to carry a GERB sensor as a science passenger.

The first GERB instrument was launched on the first MSG satellite (Meteosat-8) in August 2002, and began its operational climate observations when the satellite was declared operational in Feburary 2004. The second GERB in orbit was launched on Meteosat-9 in December 2005, it took over the observational record from Meteosat-8 GERB on 10th May 2007. 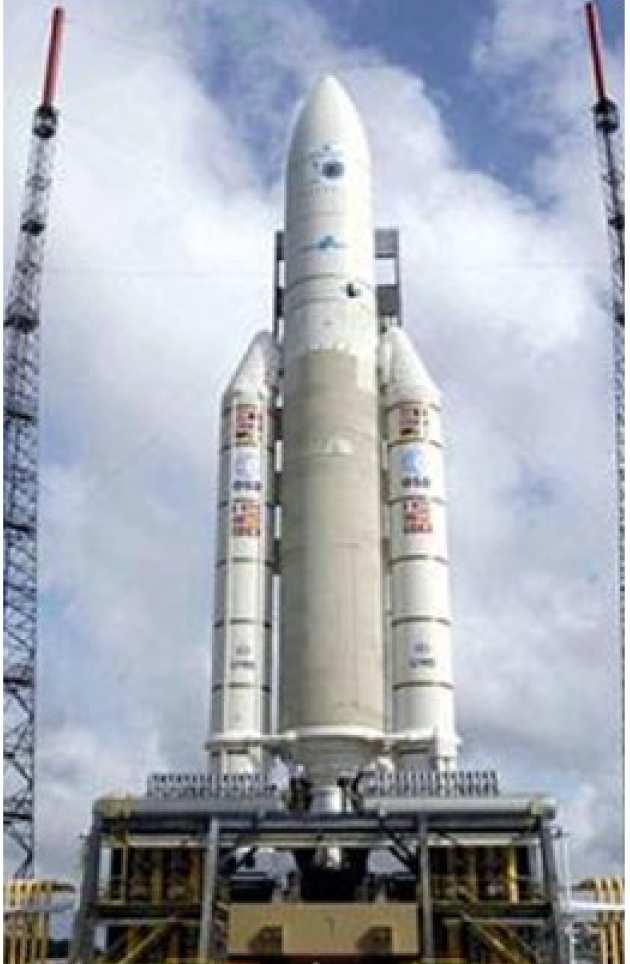 Carrying 700 tons of propellant on board and with the power thrust equivalent to thirteen Jumbo 747 aircraft, the Ariane 5 launcher lifted the first European Meteosat Second Generation (MSG) satellite and its co-passenger into orbit in August 2002.

The near-equatorial location of Europe's Spaceport known as the Guiana Space Center is situated in Kourou, French Guiana and is ideal for launching satellites into a geostationary orbit. In this position a satellite circles the Earth at the same speed as the planet rotates, and therefore appears to 'hover' in one place - in the case of MSG above the Gulf of Guinea at approximately 0° longitude off the west coast of Africa.

Left: MSG-1, the first of the three MSG satellites, was launched on the 28th of August 2002 on an Ariane-5 launcher from Kourou, French Guiana.