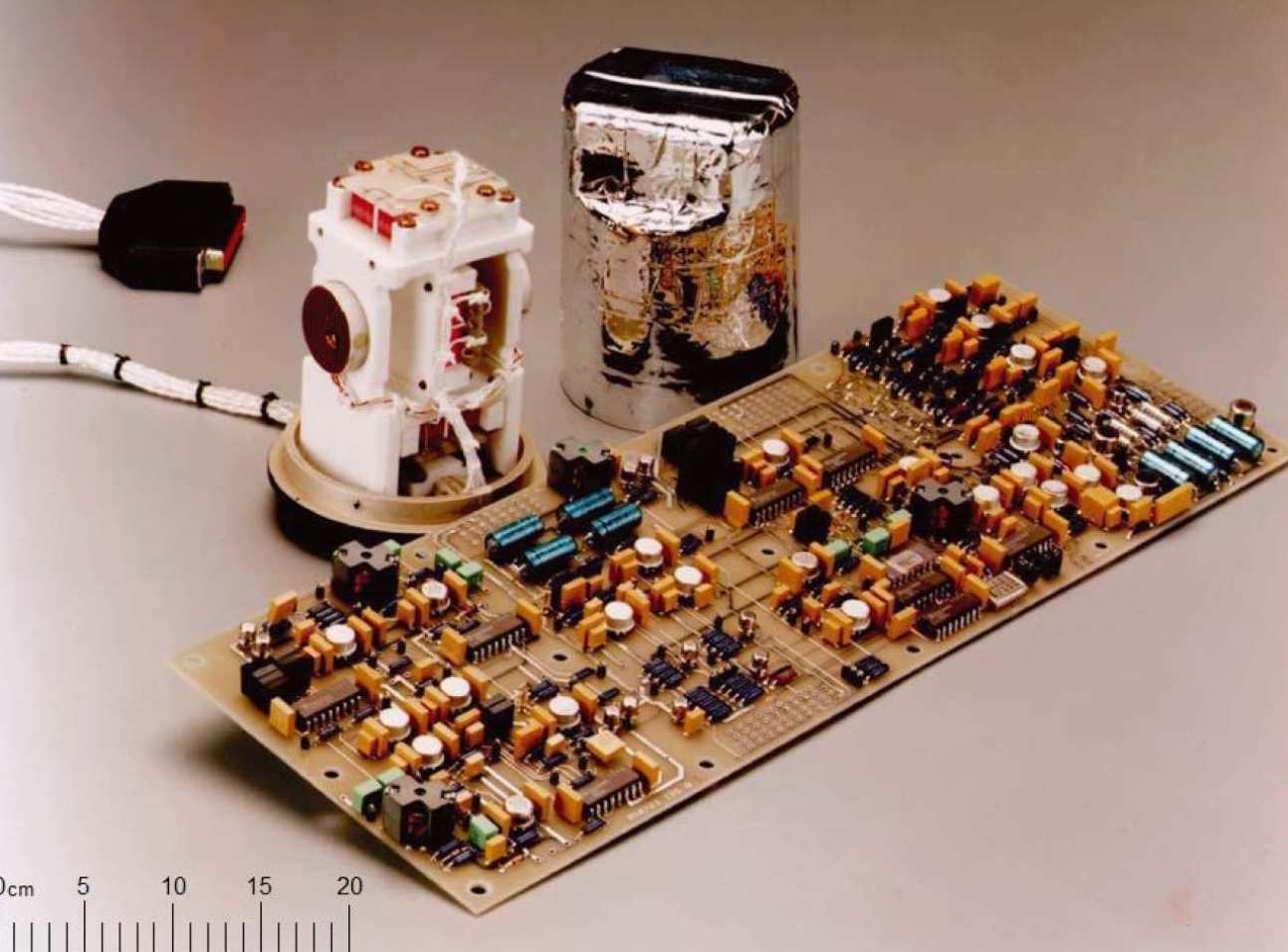 Imperial College has been leading the way in designing and building magnetometers for spacecraft. In fact, there has been an instrument built by Imperial continuously in space for the past 40 years. The Fluxgate Magnetometer (FGM) onboard Cassini was made by the Imperial College Magnetometer Laboratory to measure the magnetic field of Saturn (Dougherty et al. 2004). For a mission such as Cassini the instrument must exhibit high reliability, a wide dynamic range, low power consumption, very low noise and very low offsets and offset drift. These goals are achieved by the appropriate selection of electronic components and materials and by special measures in the design of the sensor and its electronics.

The FGM contains three single-axis ring core fluxgate sensors mounted on a ceramic block, chosen for its low thermal expansion coefficient, minimising misalignment of the sensors due to changes in temperature.  In each sensor, a drive coil is wound around a high permeability ring core which is completely enclosed in a sense winding. The drive coil is driven by a crystal-controlled 15.625 kHz square waves which is used to generate a magnetic field driving the core into saturation twice per cycle. The three drive coils are connected in series to simplify the circuitry and cabling. When on the ground, the analogue output of the electronics shows that the noise performance of the FGM is better than 5 pT/√Hz at 1 Hz . The three sensors are positioned orthogonally to return a three-dimensional vector measurement, revealing the strength and direction of the external magnetic field.

The instrument was attached to an 11 metre non-metallic arm on the spacecraft, called a boom, to ensure electric currents flowing along the spacecraft do not interfere with its measurements. The FGM sensor was placed halfway down the boom and connected by approximately 6.5 metres of cabling to a set of drive/signal processing electronics located in the body of the spacecraft. A high efficiency, tuned drive design of the electronics reduces the overall power consumption and the effect of cable loading. Initially, the spacecraft also had a Vector/Scalar Helium Magnetometer (V/HSM) placed at the end of the boom. However, this instrument stopped working after the spacecraft's flyby of Earth. The FGM sensor has a mass of just 440 grams, compared to the total mass of the Cassini orbiter being over 2000 kilograms.  The magnetometer is able to measure magnetic fields ranging from a few nanotesla, such as the fields generated by the solar wind, to tens of thousands of nanotesla, such as the internally generated field of Saturn.