Modelling of drug release from tablets

The modelling of pharmaceutical tablet dissolution is a key research area in the fields of drug delivery and Quality by Design (QbD). The design of a tablet determines the release kinetics of the active pharmaceutical ingredient (API), therefore directly affecting its uptake and bioavailability in the body. Along with the API, tablets also contain one or more excipients, the major excipient being a supporting polymer matrix with lubricants, disintegration aids and taste masking agents etc as other minor excipients.

The overall release rate of the API depends not only on the dissolution rates of all tablet components and their proportion in the formulation, but also on their spatial arrangement (the microstructure). For rational formulation and tablet design, it would be advantageous to have rigorous computational models that would allow quantitative predictions of tablet dissolution rate from known pure-component properties and tablet microstructure. While tablet dissolution rate can in some cases, be predicted using empirical correlations, no rigorous model currently exists. Dissolution modelling of a single-component or non-interacting multiple-component tablet is relatively straightforward, yet complexities arise when dealing with interacting multi-component systems. In these cases, the physical properties of each individual component (e.g. diffusivity and solubility) are affected by the presence and concentration of other species. Additional physical phenomena such as swelling and the formation of gel layers often occur when a polymer-based tablet dissolves.

The model predictions are validated by means of spatially and temporally resolved FTIR spectroscopy (chemical imaging) using tablet formulation with real excipients and model APIs. With experimental verification, the model can be used for formulation design, i.e. to predict the required composition and microstructure a tablet should have in order to obtain the desired dissolution properties. 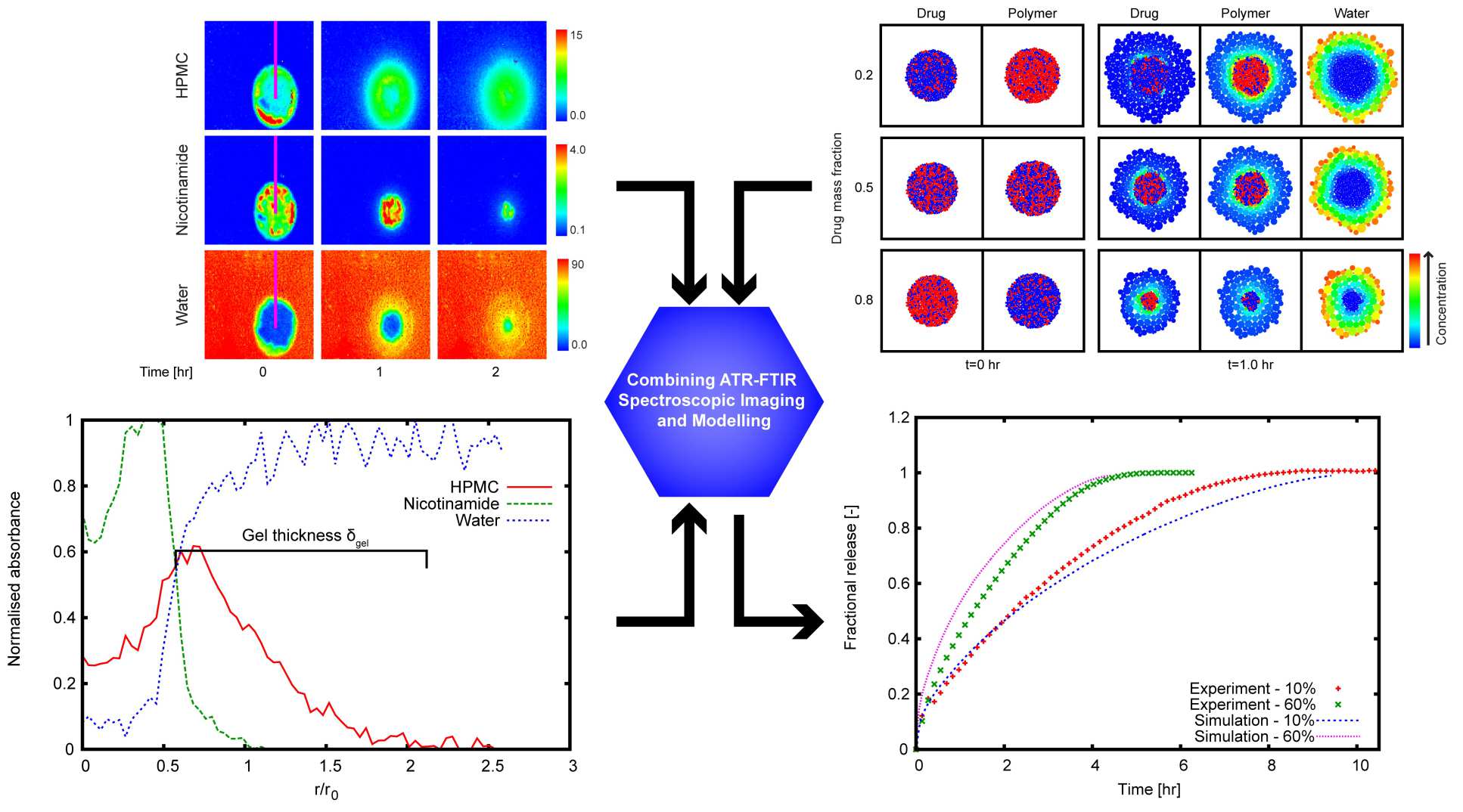