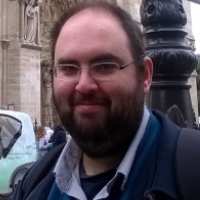 Following Imperial position Andrew joined as a Lecturer in Statistics and Probability the faculty at the Department of Mathematics, University of Sussex, UK. Now, he is a Lecturer in Statistics and data-centric engineering at the Department of Mathematics, Imperial College, and group leader for the Data Centric Engineering Programme at the Alan Turing Institute, London, UK. He is also a Senior Research Scientist at Improbable. The information below was of relevance whilst a postdoctoral research associate in the Complex Multiscale Systems group.

I was a Postdoctoral Research Associate working jointly in the Departments of Mathematics and Chemical Engineering at Imperial College, working with Prof. Grigorios Pavliotis and Prof. Serafim Kalliadasis. Prior to this, I was a postdoctoral research assistant in the Wolfson Center for Mathematical Biology at the University of Oxford, working with Prof. Radek Erban.

My interests lie generally within the intersection between Computation, Analysis and Probability, with a particular focus on applications in Biology and Chemistry, particularly systems involving stochasticity and/or multiple scales. These include the analysis and construction of MCMC-based methods for sampling from probability distributions, coarse graining of stochastic models involving multiple scales, classical and stochastic homogenization of PDEs and SDEs, and the Bayesian formulation of inverse problems.