Imperial research is expanding the frontiers of knowledge in science, medicine, engineering and business, and translating these discoveries into benefits for society.

Today, Imperial is ranked ninth in the world by the QS World University Rankings and 10th by Times Higher Education. The College also holds a Silver Athena Swan award, which recognises advancing women's careers in science, technology, engineering, maths and medicine in academia.

Imperial has over 6,000 postgraduate students, publishes more than 10,000 academic papers annually and has an annual research income of £350 million. Imperial is home to the greatest concentration of high-impact research of any major UK university and has over 500 corporate partners. Imperial has used its intellectual property to help create over 150 startups and sign more than 500 commercial agreements, and helped many medicines and products get to market. 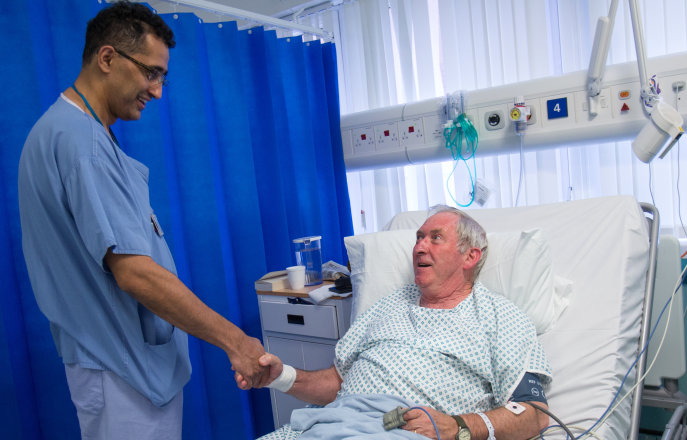 How our research is making a difference

Find out how Imperial research is bringing tangible benefits to society and economies in these case studies.

Imperial is home to six unique institutes where staff work across research boundaries and collaborate with policy makers, businesses and society to address today's global challenges.

Research is at the heart of Imperial's 2015-2020 Strategy. Read more about how the College is evolving to meet the changing challenges of the world.

Imperial came out top for impact in the UK government's most recent assessment of research quality. Find out more about the College's success in the Research Excellence Framework.

Imperial's world-leading research is underpinned by the highest standards of research governance and integrity. Read more about our ethics, our responsibilities and our approach to animal research. Lockdown lessons share how Imperial scientists have responded to COVID-19