A chemist who applied his brilliance to the quantum chemistry of solids.

Vic Saunders, who died on March the 3rd at the age of 74, was a theoretical chemist who became a pioneer in the application quantum theory to solid state physics and chemistry.

Vic was born in the north west of England at Birkenhead in May 1943. He received his Grad. R.I.C. in 1965 and moved to the University of Sussex for his post-graduate work. In 1969 he joined Professor Ian Hillier’s group in the Department of Chemistry at Manchester University as a Research Fellow. He left in 1971 to become a Senior Scientific Officer within the Atlas Lab. at the Rutherford Appleton Laboratory in Oxfordshire. There he remained until in 1978 he and his colleagues moved to Daresbury Laboratory in Cheshire where he remained until his retirement in 2003.

In 1964 the Atlas Lab. had been founded to host a new national supercomputer and Vic was one of the bright young scientists using all of their ingenuity and expertise to create efficient and reliable programmes to make best use of it. In Vic’s case this meant quantum theory, initially for describing small molecules. He was already well known for his work in Manchester with Ian Hillier where he had invented level shifting (1970) to ensure convergence of SCF calculations. He now had the freedom to devote himself to exploring the description of electron correlation and made fundamental contributions, including his famous analysis of the direct CI method, with Joop van Lenthe published in 1983. He also co-developed and released the ATMOL software which set a new standard in ease of use and efficiency allowing a broad scientific community to use quantum chemistry. The ability to facilitate the science of worldwide communities became a special characteristic of Vic’s career.

In 1980 Vic had met with Cesare Pisani, Carla Roetti and Roberto Dovesi from the theoretical chemistry group at the University of Torino, who had started in 1976 to code the CRYSTAL code, using a Gaussian basis set and the Hartree-Fock Hamiltonian for investigating periodic systems. The Torino group was looking for expertise and skill for generalizing and enriching the possibilities of the CRYSTAL code. In less than one year Vic inserted a new Gaussian integral package for s, p and d integrals (later on, around 2000,  he extended this to f orbitals, and prepared tables for a further extension to g), and a very effective multipolar expansion for treating the Coulomb series.
This was the beginning of the great collaboration of Vic’s career that led to the development and distribution of the CRYSTAL software for applying quantum theory to solid state chemistry. For about 25 years Vic was a sort of “guardian of the temple” for the CRYSTAL code, looking, cleaning and improving the code line by line, making it robust to any translation (from operating system to operating system, compiler to compiler, architecture to architecture). A sort of continuous, day by day monastic activity that made in these years the code solid as a Roman Bridge. In parallel he was introducing many new features in the code. Parallelization of the integral packages, direct strategies, and many others.

Three in particular are worth of mention:  the treatment of the infinite Coulomb series  for 3D systems through very efficient recursion relations (Mol. Phys. 77,  629, 2002; extension to 1D appeared 2 years later; the 2D case has never been published); the  generation of well localized Wannier functions (with Claudio Zicovich, coded in these years but published only in 2000: one of Vic’s   characteristics is that he was interested in solving problems, not so much to share the solution through publications, as the “next” problem was calling); the implementation of a very accurate strategy for the integration of the DFT exchange correlation term in the Fock Hamiltonian.

In 1986 Nicholas Harrison joined Vic at Daresbury Laboratory and forming a close collaboration they developed and applied quantum theory in the CRYSTAL code to problems in strongly correlated condensed matter. The realisation that Fock exchange was key to the self-interaction error in density functional theory allowed them to unravel many long standing problems in electronic structure and magnetism.

During these years Vic was extremely useful in the preparation of the various public releases of the CRYSTAL code (1992, 95, 98, 2003), as he was incredibly quick to grasp error, inconsistencies, dangerous coding. He also attended many CRYSTAL schools held in Torino and London for the education of young scientists: Always sharp, clear, effective (and sometimes a bit dangerous: he was able to explore challenging problems through a few lines of equations, so that lectures often were ended after say 25 minutes instead of 45, and the Chairman had to look in a hurry for the next speaker).

In 2003 Vic retired, the event was celebrated in a meeting held in Daresbury  on the  9th June of that year. In the following years he continued to visit the Torino group (he had become an honorary member of the Chemistry Dept. there).  In the Autumn of 2005 he suffered a transient ischemic attack that stopped his, still very brilliant, scientific activity.

Those of us who worked closely with Vic are forever in his debt for being able to share in his remarkable ingenuity, intelligence, generosity of spirit and, perhaps more than anything else, his ability to focus, to the exclusion of all else, on a scientific problem until it was solved.

He will be sorely missed. 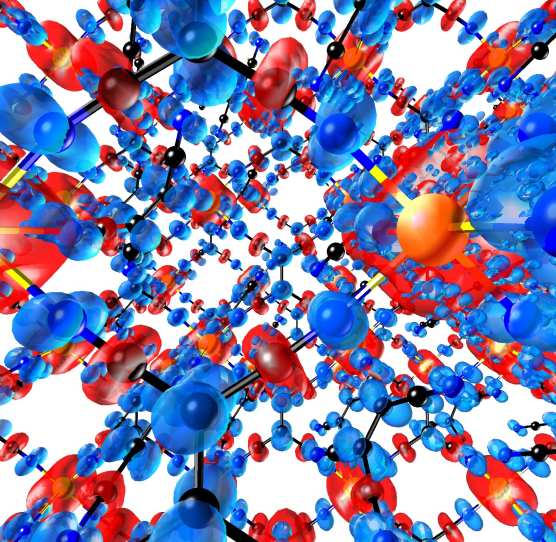