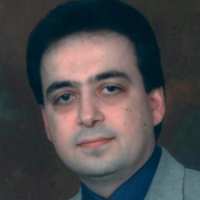 Bassam Izzuddin joined Imperial College as a Lecturer in 1990 and became Professor of Computational Structural Mechanics in 2006. His PhD work involved the development of novel adaptive nonlinear analysis methods for the static and dynamic analysis of steel framed structures, which offered significant benefits towards predicting the reserve strength of offshore jacket structures and continue to be applied in offshore engineering practice.

He has subsequently focussed on extending his methods to model whole building behaviour under extreme loading, including earthquake, fire and blast. A key feature of his work has been extensive national/international collaboration with fellow academics and with leading players in the structural engineering industry, particularly on applied research utilising his advanced nonlinear structural analysis program ADAPTIC. He has also made determined steps towards developing simplified design-oriented assessment techniques and proposing analogies which enhance the understanding by engineers of complex nonlinear structural phenomena. Personal Web Page 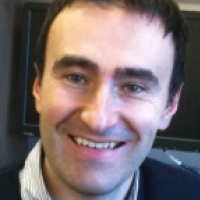 Lorenzo Macorini joined the CSM Group as a Marie Curie Intra-European Research Fellow (2008-2010), and has been subsequently appointed as a Lecturer. After gaining Ph.D. in structural engineering at the University of Trieste (Italy), Dr Macorini has been involved in scientific projects aimed at investigating effective structural solutions for new steel, concrete and composite structures and assessing the behaviour of existing historical masonry buildings in the case of extreme loading conditions (earthquakes).

Currently, he is dealing with the development of novel numerical strategies, based on the multi-scale approach, for the analysis of masonry structures (SARAMB project). 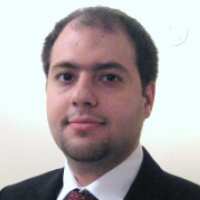 Hamed Zolghadr Zadeh Jahromi is a PhD research assistant in the CSM Group. He obtained his MSc with a mark of Distinction at Imperial College in Advance Structural Engineering in 2009.

His research focus is on 'Realistic impact analysis of structures / Progressive collapse assessment of composite structures'. He is actively involved as a Graduate Teaching Assistant for courses such as 'Nonlinear Structural Analysis', 'Finite Element Analysis', 'Structural Mechanics' and 'Plastic Analysis' at both undergraduate and postgraduate levels. 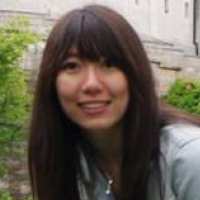 Yanyang Zhang is a Doctoral Research Student under the joint supervision of Dr Lorenzo Macorini and Professor Bassam Izzuddin. After gaining a BSc degree at University of Science and Technology Beijing in China and a MSc degree in Structural Engineering at University of Edinburgh in the UK, Yanyang started PhD studies at Imperial College working on 'Advanced nonlinear analysis of masonry arches and arch bridges'.

At the same time, she is also engaged as Graduate Teaching Assistant for Structural Mechanics, Dynamics, Surveying and Structural Design. 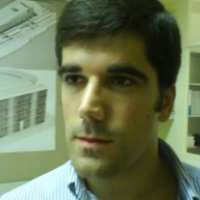 Francisco obtained his degree in Civil Engineering (Structures) at FEUP - University of Porto in 2009 and then he worked in industry before joining as PhD student the CSM group at Imperial College London in April 2011.

His research project, funded by FCT through a full scholarship, is jointly supervised by Dr. Lorenzo Macorini and Prof. Bassam A. Izzuddin. Francisco's research is focused on the development of accurate and efficient numerical strategies for 'Progressive Collapse Assessment of Masonry Infill Frame Structures'. 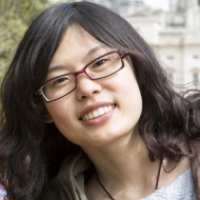 Yating Liang is a PhD Student in the CSM group under the supervision of Prof. Bassam Izzuddin. She achieved her BSc degree in Tongji University (China) in Bridge Engineering and her MSc degree with a mark of Distinction at Imperial College in Earthquake Engineering in 2012.

Currently she is working on ‘Advanced Modelling of Curtain Wall Glazing under Extreme Loading’ funded by the Rector’s Scholarship Fund and the Dixon Scholarship Fund. She is also involved with Graduate Teaching Assistance in Computational Methods and Finite Element Analysis. 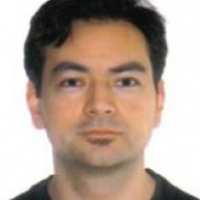 Alejandro Barrero is a Doctoral Research Student under the supervision of Prof. Bassam A. Izzuddin and Dr. Robert L. Vollum. After graduating from Universidad Politécnica de Valencia, specializing in Structural Engineering in RWTH Aachen (Germany), he has been a practicing engineer in Spain, U.K. and Germany, employed by Buro Happold Ltd among others.

He obtained his MSc in Concrete Structures at Imperial College and is currently working on ‘Efficient 3D material modelling of plain and reinforced concrete’, funded by the EPSRC. Also, he is involved as a Graduate Teaching Assistant in Reinforced Concrete courses. 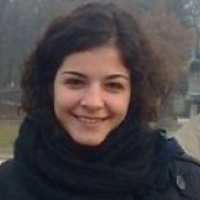 Eleni Minga is a PhD Student in the CSM Group under the supervision of Dr Lorenzo Macorini and Prof. Bassam Izzuddin. Eleni has obtained a Civil Engineering Diploma from Aristotle University of Thessaloniki, Greece and a Master 2 Research degree from Ecole Normale Supérieure de Cachan, France.

Having been awarded a PhD Scholarship from Imperial College, she is currently working on Advanced Numerical Simulation of Masonry Structures under Seismic Loading. At the same time, she is involved as a Graduate Teaching Assistant in undergraduate and postgraduate courses. 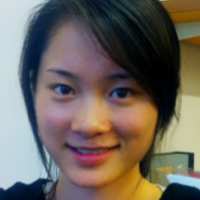 Jiaping Gu is a Doctoral Research Student under the supervision of Prof. Bassam Izzuddin. She obtained her MSc with a mark of Distinction at Imperial College in Advanced Structural Engineering in September 2013 and started her research towards the degree of PhD in October of the same year.

Her research focus is on ‘Nonlinear Analysis of Large-scale Structures’. 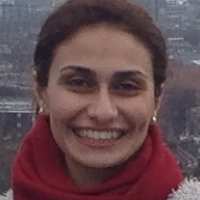 Shirin Jowhari Moghadam is a PhD candidate under supervision of Prof. B.A. Izzuddin. She is working on “Advanced Elasto-plastic Buckling Analysis of Structures” as a continuation of the work begun during her MSc.

She achieved her MSc in Advanced Structural Engineering with Distinction at Imperial College London. As a Graduate Teaching Assistant she is actively involved in tutoring undergraduates and postgraduates in subjects such as Mathematics, Finite Element Analysis, Nonlinear Structural Analysis and Structural Mechanics. 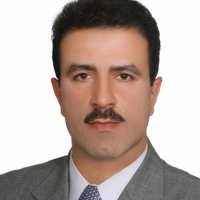 Amir A. Khojasteh is a doctoral research student under the supervision of Prof. Bassam Izzuddin and Dr. Lorenzo Macorini. After gaining an MSc at Tehran University, Tehran, IRAN, Amir was employed by the biggest Consulting Engineering Co. in the Middle East, MAHAB GHOSS, and involved in design and supervision of large hydraulic structures (e.g. Dams and H.E.P.P); meanwhile he was a part-time lecturer in a number of universities.

He has also had studies on linear and nonlinear behaviour of structure under Earthquake loading and Performance Based Design. Currently, he is doing his PhD studies in’ Nonlinear Modelling of Masonry Infill wall in Building Structures subjected to Earthquake Loading’. 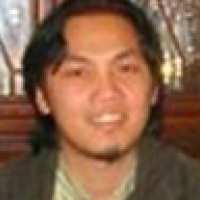 Razin Zainal Abidin was a PhD student undertaking research under the supervision of Prof. Bassam Izzuddin on 'Modell ing of Local Elastic Buckling for Steel Beams with Web Openings'.

Before joining Imperial, he achieved a BSc and MSc at Universiti Tekn ologi Malaysia (UTM). where he is a member of the academic staff. Razin was funded for his PhD studies by the Malaysian Ministry of Higher Education. He successfully defended his PhD thesis in January 2013. 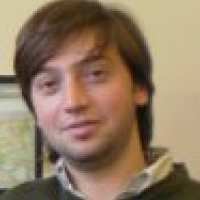 Miguel took his MSc in Structural Engineering at Instituto Superior Técnico, Lisbon, and was funded for his PhD studies funded by the Portuguese Foundation for Science and Technology (FCT). He successfully defended his PhD thesis in November 2012. 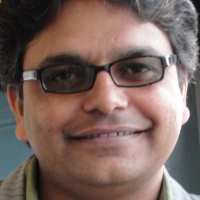 After gaining a MSc at NED University of Engineering and Technology, Karachi, Pakistan, Gul was employed by Gwadar Development Authority, Government of Pakistan. His PhD research was funded by the Higher Education Commission of Pakistan. He successfully defended his PhD thesis in October 2012. 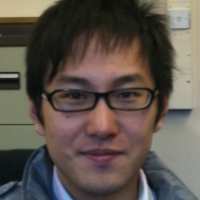 Cheng Fang worked as a research assistant for the European Committee Project ‘ROBUSTFIRE'. He was also a part-time PhD student working on 'Structural robustness under localised fire' under the joint supervision of Profs. Bassam Izzuddin, Ahmed Elghazouli and David Nethercot. He achieved his BSc degree in Civil Engineering at Tongji University, China and his MSc degree in Steel Structural Design at Imperial. He successfully defended his PhD thesis in March 2012. 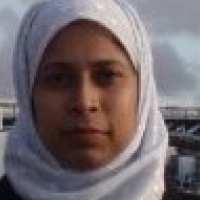 Huma Khalid was a PhD student undertaking research on 'Objective modelling of reinforced concrete structures' under the supervision of Prof. Bassam Izzuddin.

Prior to joining Imperial,&n bsp;Huma had been living in Pakistan, her native country. She completed her undergraduate degree in Civil Engineering and MSc in Computer Sciences at NED University of Engineering and Technology in Pakistan. She successfully defen d ed her PhD thesis in December 2011.