All of the common deterioration processes affecting concrete structures are rate-controlled by ionic/molecular transport through the inevitably porous microstructure. This project aims to develop an improved understanding of the influence of pore structure on the transport properties of concrete.

Transport properties are measured and correlated to the microstructure, to identify the influence and relative contribution of different types and sizes of pores, microcracks, ITZ and other phases. Information of the relevant phases, including their spatial variability, are used to reconstruct a multi-scale model from which transport processes are simulated. Models for predicting transport properties are developed from classical transport theories, and flow simulation using network modelling and effective medium approximation.

Samples are prepared with a range of microstructure characteristics by varying the water/cement ratio, binder type, maturity and aggregate volume fraction.

Samples are conditioned to constant weight, then tested following the sequence of oxygen diffusivity, oxygen permeability, sorptivity and resistivity. 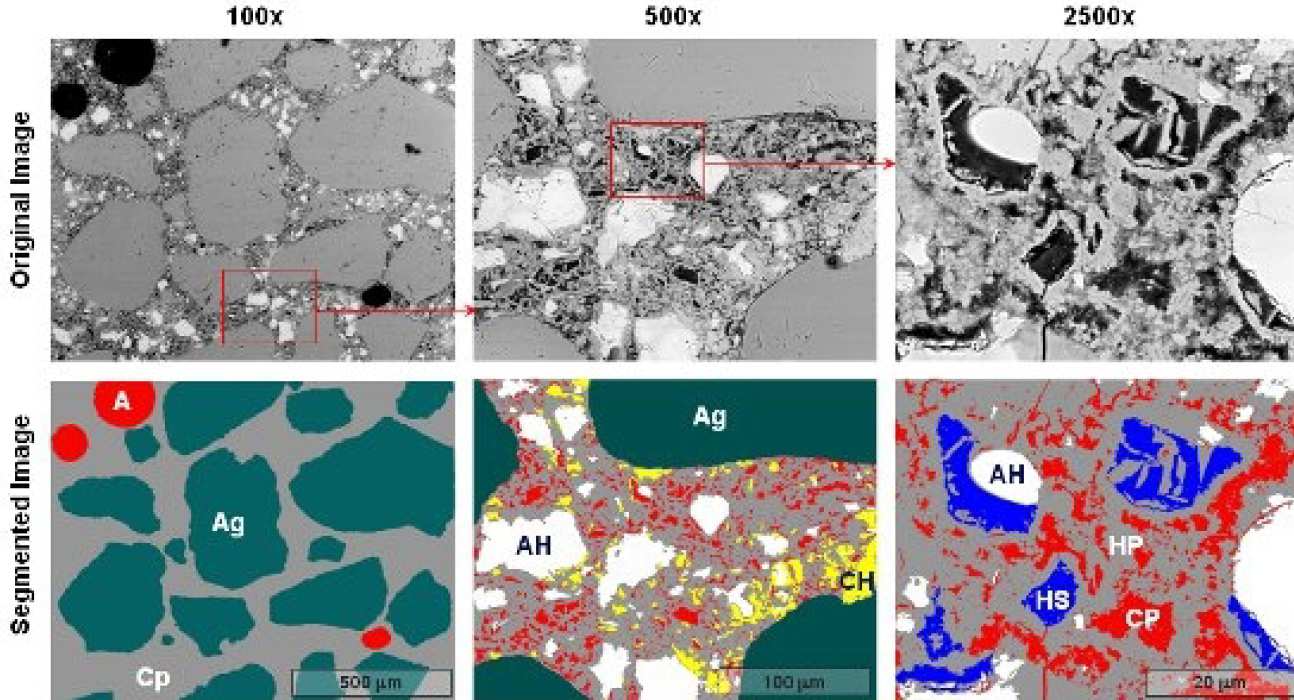 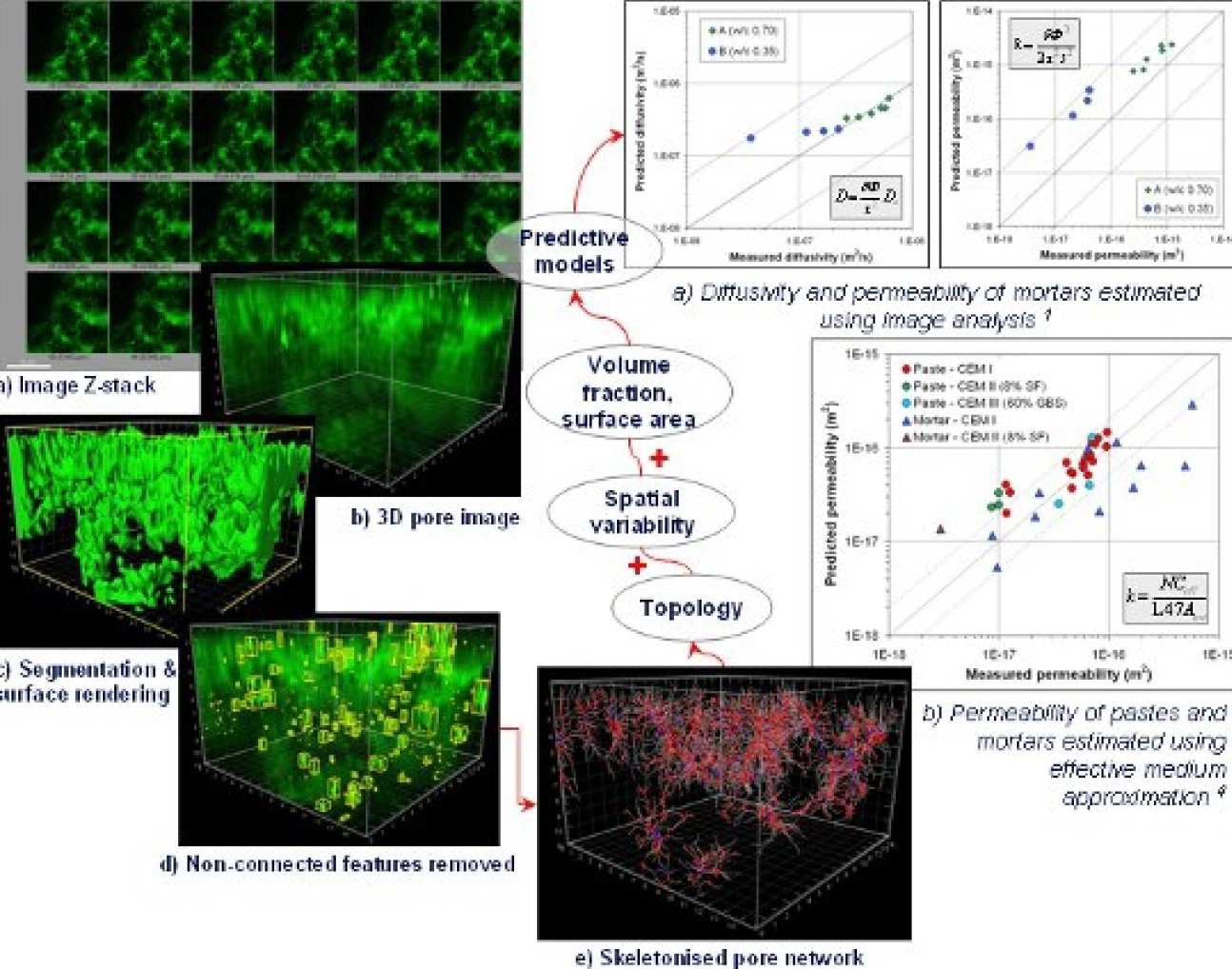