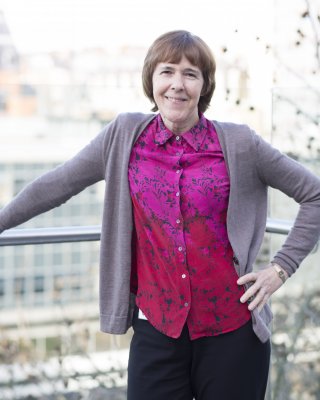 Refreshments will be provided on the concourse outside the lecture theatre at 1.30pm and the lecture will also be streamed in the Haldane Lecture Theatre at Silwood Campus.

How does a parasite camouflage itself against its host’s immune system? How do pathogens infect cells in our tissues and organs? Why are developing foetuses not detected and rejected as “foreign” by their mothers? Why isn’t sperm attacked by women’s immune systems? How do defensive white blood cells circulating in the bloodstream know when to enter diseased tissues to fight infection? And how do metastatic cancer cells make their way to sites remote from the primary tumour? The answers to these, and many other questions about biological recognition, lie in small chains of sugars called glycans that act as “identity tags” on the surface of larger molecules, usually proteins. Indeed, every cell in our body is shrouded in a sugar-rich layer called the glycocalyx which helps to control cells’ social and (sometimes) anti-social behaviour. Glycans do this by engaging with glycan binding proteins (lectins) on other cells to mediate adhesive and signalling events. To understand these processes, we need to know the structures of the glycans that play roles in cell-cell interactions. The powerful analytical technique of mass spectrometry can assist us to do this, thereby helping to solve mysteries involving sugar-recognition. My mass spectrometry laboratory partners with bioscience collaborators worldwide in programmes of research seeking to understand the roles glycans play in health and disease. In this talk I will discuss my life in science aiming to give glimpses into the exciting field of glycobiology with the help of some of my collaborative research.

Anne was amongst the first investigators to successfully apply soft ionization mass spectrometry to carbohydrate containing biopolymers. Over the past thirty years she has led a major group that has been at the leading edge of the development of many mass spectrometric methods for glycomic and glycoproteomic analyses, especially in the area of biomedical research. Her laboratory provides structural underpinning for programmes of research seeking to define the biological roles that glycans play in health and disease. She is currently a Wellcome Trust Senior Investigator and heads the Glycobiology Training, Research and Infrastructure Centre at Imperial College.