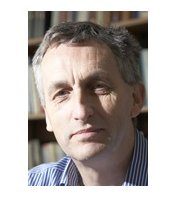 Awarded for his work on the coordination chemistry of the rare earths, leading to an understanding of the action of responsive optical and magnetic resonance probes and the development of lanthanide complexes and conjugates for use in analysis and imaging.

David Parker grew up in the North-East of England and completed a D.Phil with John M Brown at Oxford in 1980, studying mechanistic studies in asymmetric catalysis. Following a NATO post-doctoral fellowship with Jean-Marie Lehn in Strasbourg, he returned to Durham to take up a Lectureship in Chemistry in early 1982 and was promoted to a Chair in Chemistry in 1992.

He has gained several prizes and awards, including the RSC Hickinbottom Fellowship (1988), the Corday-Morgan Medal and Prize (1989), the ICI Prize in Organic Chemistry (1991), the RSC Interdisciplinary Award(1996), the inaugural IBC Award for Supramolecular Science and Technology in 2000, and a Tilden lectureship and Silver Medal in 2003. In 2002 he was elected as a Fellow of the Royal Society. He served as the Chairman of the Durham Chemistry Department from 1995-8 and 2003-6.