Spies, secrets and science: reflections from the history of MI6 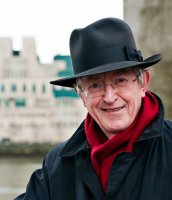 This event is now full. Please email Katie Weeks (k.weeks@imperial.ac.uk) to be added to the mailing list for the online video after the event.

Drawing on the history of MI6 over its first 40 years (1909-49), Keith Jeffery will investigate the extent to which the profession of intelligence might be described as a science, and also explore the role of science itself in both the working and the targeting of British intelligence operations in peace and war.

Keith Jeffery is Professor of British History at Queen’s University Belfast and a Member of the Royal Irish Academy.  He is author or editor of fourteen books, including: Ireland and the Great War; The GPO and the Easter Rising; and the prize-winning Field Marshal Sir Henry Wilson: A Political Soldier.

His ground-breaking official history, MI6: The History of the Secret Intelligence Service 1909–1949 was published in 2010.

About the Vincent Briscoe lecture

The Institute for Security Science and Technology’s annual lecture is named in honour of HVA (Vincent) Briscoe, Professor of Inorganic Chemistry at Imperial College London from 1932 to 1955.

Records indicate Briscoe provided the first independent scientific advice to the Security Service in 1915, on the subject of secret German writing. He continued in service throughout the inter-war years and during and after the Second World War.

The event will be followed by a drinks reception.