Professor of Neuroscience | University of Sussex

Abstract: Sequential temporal ordering and patterning are key features of natural signals, used by the brain to decode stimuli and perceive them as sensory objects. Touch is one sensory modality where temporal patterning carries key information, and the rodent whisker system is a prominent model for understanding neuronal coding and plasticity underlying touch sensation. Neurons in this system are precise encoders of fluctuations in whisker dynamics down to a timescale of milliseconds, but it is not clear whether they can refine their encoding abilities as a result of learning patterned stimuli. For example, can they enhance temporal integration to become better at distinguishing sequences? To explore how cortical coding plasticity underpins sequence discrimination, we developed a task in which mice distinguished between tactile ‘word’ sequences constructed from distinct vibrations delivered to the whiskers, assembled in different orders. Animals licked to report the presence of the target sequence. Optogenetic inactivation showed that the somatosensory cortex was necessary for sequence discrimination. Two-photon imaging in layer 2/3 of the primary somatosensory “barrel” cortex (S1bf) revealed that, in well-trained animals, neurons had heterogeneous selectivity to multiple task variables including not just sensory input but also the animal’s action decision and the trial outcome (presence or absence of the predicted reward). Many neurons were activated preceding goal-directed licking, thus reflecting the animal’s learnt action in response to the target sequence; these neurons were found as soon as mice learned to associate the rewarded sequence with licking. In contrast, learning evoked smaller changes in sensory response tuning: neurons responding to stimulus features were already found in naïve mice, and training did not generate neurons with enhanced temporal integration or categorical responses. Therefore, in S1bf sequence learning results in neurons whose activity reflects the learnt association between target sequence and licking, rather than a refined representation of sensory features. Taken together with results from other laboratories, our findings suggest that neurons in sensory cortex are involved in task-specific processing and that an animal does not sense the world independently of what it needs to feel in order to guide behaviour. 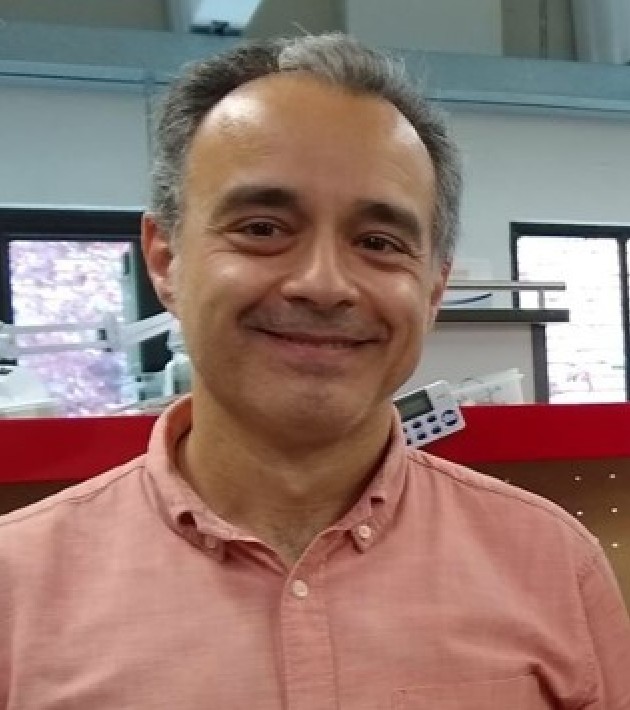 : My background is in Physics (PhD with Robert Shrock, SUNY Stony Brook, 1998). I switched to a career in experimental systems neuroscience as a postdoc with Karel Svoboda (Cold Spring Harbor Lab, 1999-2002), and learned in vivo sensory neurophysiology with Mathew Diamond (SISSA, 2002-2004). I opened my lab at the Instituto de Neurociencias in Alicante in 2004 and moved to Sussex in 2015. Since 2019 I direct the Sussex Neuroscience research programme together with Louise Serpell and Jamie Ward.