How can considering co-benefits of climate action allow us to go further & faster cutting emissions? 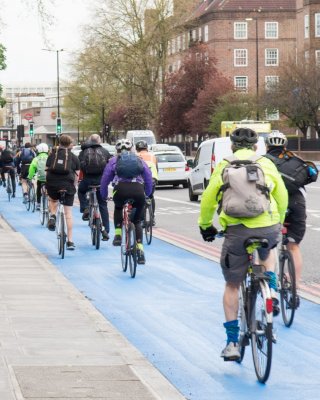 A Grantham Institute event at the UK Pavilion, COP25.

Action on climate change has multiple benefits, including improvements in public health, growth in the low-carbon jobs market and a reduction in poverty and inequality. This event explores these co-benefits, how their incorporation into the decision-making process can accelerate emission reductions, and how cities and devolved regions are best-placed to capitalise on these benefits.

Sirpa Hertell, City Councillor of Espoo, Finland,  and Member of the European Committee of the Regions | @SirpaHertell

Professor Paolo Vineis is Chair of Environmental Epidemiology at Imperial College London and a leading researcher in the fields of molecular epidemiology and NCDs. He is engaged in policy-making as Vice-President of the High Council of Health (Consiglio Superiore di Sanita’, advisor to the Health Minister) in Italy, and as a member of Cancer Prevention Europe (affiliated with Cancer Mission Europe).

George is a tenured Professor of Environmental Medicine and Population Health at the New York University School of Medicine. Professor Thurston’s research has focused on the human health effects of air pollution on children, including the Backpack Study of the effects of diesel air pollution on children with asthma in the South Bronx, NY and effects of industrialized air pollution in Cubatao, Brazil, in addition to larger studies of pollution effects in the ACS and NIH-AARP Cohorts. He recently led the development of the 2017 ERS-ATS Statement on What Constitutes an Adverse Health Effect of Air Pollution. Professor Th urston first spoke on the topic of the potential human health co-benefits of clean air from climate mitigation action at the COP5 meeting in 1999.

Sirpa Hertell is a member of the Espoo city council in Finland. She is also member of the Commission for Environment, Climate change and Energy (ENVE) at the European Committee of the Regions. She is also rapporteur of the CoR opinions on climate adaptation, single-use plastics and recently on “Sustainable Europe by 2030: Follow-up to the UN Sustainable Development Goals, ecological transition and the Paris Agreement on Climate Change”.