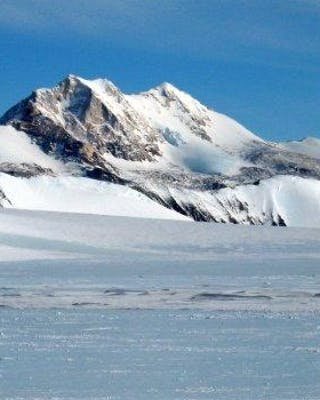 This discussion forms part of Imperial Lates: Winter Wonderlab, an exploration of the chillier side of science

Antarctica is fragile. In a changing world its sensitivity to climate change threatens the world. While global temperatures have risen by 1°C in the last century, around the Antarctic Peninsula they have increased by more than 2.5°C – greater than anywhere else in the Southern Hemisphere. The impact of this change won’t be limited to the penguins and other wildlife residents at the bottom of the Earth. Decisions made in the next decade will determine whether Antarctica suffers dramatic changes that contribute to a metre of global sea level rise.

Today, optimistic predictions for future global warming anticipate a further 0.5°C degrees of warming, an increase that will bring more melting, but should avert the catastrophic lost of the continents ice shelves. However, despite treaties to protect Antarctica, and the regular provision of scientific evidence on the continent’s potentially perilous future, nations seem unwilling to acknowledge their own domestic contributions to the precipice on which we find ourselves. Of all the signatures not one has committed to fully decarbonise their energy supplies, a lack of action that means we may miss our last chance to avoid irreversible change on a global, as well as Antarctic, scale.

In light of these troubling predictions, you are invited to a discussion on Antarctica’s future. At 1.5 degrees: Avoiding peril in Antarctica, an expert panel will discuss the latest evidence on the need to stay within 1.5 degrees of warming, and the challenge of getting that evidence heard and adopted by international decision makers. Our panel will include:

Imperial Lates celebrate the latest in science and engineering at Imperial College London – bringing the public together with world leading minds in their respective fields, who not only love what they do, but also love sharing their work with new audiences.

A perfect evening’s entertainment for adults of all ages and backgrounds. Anyone with a curious mind is welcome to get hands on with our research, brought to life through live demonstrations, creative workshops, interactive experiments and inspiring talks. Pick the brains of the people behind the ideas, innovations and breakthroughs to discover how their work could impact our society and change our futures.

Throw in a bar and some of the world’s most extraordinary and pioneering scientists and engineers and you have the recipe for a free, fun and engaging night out in the heart of London.