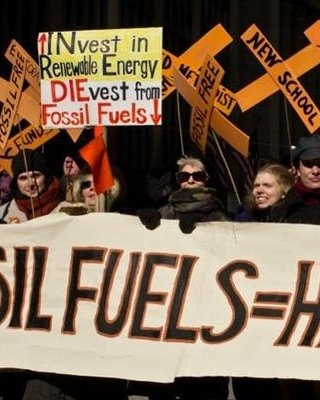 This Changing Planet seminar is given by Simon Pirani, author of Burning Up: A Global History of Fossil Fuel Consumption and Senior Research Fellow at the Oxford Institute for Energy Studies, organised by students on the Science and Solutions for a Changing Planet DTP.

How social and economic systems shape technologies: some lessons of energy history

The technological systems by and through which most fossil fuels are consumed developed in the way that they did, largely due to social and economic contexts. For example: the invention of the internal combustion engine gave us the car – but it took the rapidly-expanding American capitalism of the early twentieth century to pioneer the first car-based urban transport systems. Society and economics, and some politics, explain the way that these systems evolved. The same is true of urban built environments, electricity networks, industrial agriculture systems and other big fuel users. The implication is that, to move away from the fossil fuel era, not only technological systems, but also social and economic ones, will need to change.

Please register for your ticket.

Simon Pirani is author of Burning Up: A Global History of Fossil Fuel Consumption (London: Pluto Press, 2018). He is Senior Research Fellow at the Oxford Institute for Energy Studies, where he has worked since 2007, writing about the natural gas sector in Russia, Ukraine, central Asia and the Caspian. Before that, Simon wrote about Russia and Ukraine as a historian and journalist. His books include The Russian Revolution in Retreat: Soviet workers and the new communist elite 1920-24 (Routledge, 2008) and Change in Putin’s Russia: Power, Money and People (Pluto, 2010).