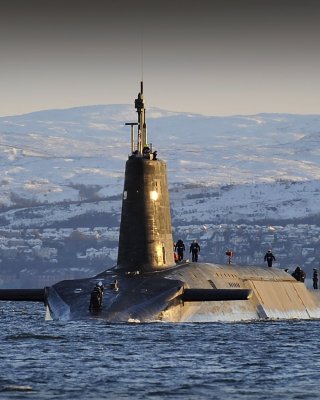 To register for this event, please contact Max (d.swinscow-hall@imperial.ac.uk)

The Royal Navy’s submarine service conducts a continuous deterrence patrol, protecting the UK and our allies from the most extreme threats to our way of life. The crews of the continuous at sea deterrent patrols serve, almost completely cut off from the outside world, on a boat which is akin in engineering and scientific complexity to a spacecraft.

Are you curious about this ultimate guarantor of the UK’s safety?

Nicole Kett, Director of Resources and Policy at the Ministry of Defence’s Defence Nuclear Organisation will provide an insight into the policy around the UK’s nuclear deterrent. A member of DNO staff with a scientific background will also be present, to answer science and engineering based questions from the audience.

Nicole is a career UK Civil Servant, with a background in social policy and strategic finance.
Nicole began her career in the Department of Social Security, performing a number of operational roles before moving to Head Office in 1995 to work on policy roles related to disability benefits. During the period 1997 to 2001 Nicole worked closely with Ministers; as Private Secretary to the Parliamentary Under Secretary of State in the Department for Work and Pensions and Private Secretary to the Minister of State for Higher Education. In 2003 Nicole moved into the Department for Work and Pensions central planning and finance function, working on the Gershon Efficiency Review and subsequent Government Spending Reviews.

Nicole moved to HM Treasury in 2005, spending the next nine years in a number of public expenditure roles, including the Deputy Director for welfare expenditure, tax compliance and heading up the General Expenditure Policy team for the 2013 Spending Review.

Most recently, and prior to joining Ministry of Defence, Nicole worked in the Department for Work and Pensions as Director, Health Services, overseeing a transformation of contract management.
Nicole joined the Ministry of Defence in 2016 to take up her current role where she has responsibility for UK nuclear deterrence policy and finance across the nuclear enterprise.