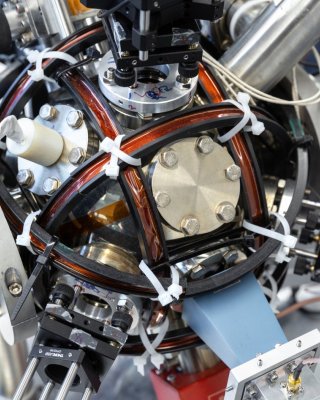 National security in a quantum world

The Institute for Security Science and Technology are hosting an event on the impact of quantum technologies on national security.

We invite people working in relevant areas of industry, government and academia to join us at Imperial College London for two brief talks, Q&A and networking over breakfast.

Much attention has been paid to the disruptive potential of quantum technologies. National security is one area in particular that stands to be disrupted, with a step-change in both threats and security solutions on the horizon.

This breakfast briefing will introduce two areas where quantum technologies are poised to have a significant impact on national security:

He previously chaired the Defence Scientific Advisory Council at the UK MoD, and remains as a government science advisor. He also served as Chief Scientific Advisor at the UK National Physical Laboratory until 2005. He is a member of the UK National Quantum Technology Programme Strategic Advisory Board, was co-author with Sir Mark Walport of the UK Government Blackett Report on Quantum Technology which laid the foundations for a further 5 years of major investment in the area.

He retired in 2010 as Deputy Rector (Research) at Imperial College, becoming Professor Emeritus in Quantum Optics. He was knighted in 2005 for his work in optical physics. He was until 2008 Principal of the Faculty of Natural Sciences and previously Head of the Physics Department from 2001 to 2005.

He currently co-leads a team of postgraduate students in developing a one-dimensional navigation device in the Quantum Navigator project, funded by the MOD’s Defence Science and Technology Laboratory and Innovate UK.

We coordinate interdisciplinary and trans-disciplinary research in security across Imperial College London.  We further act as a security science, technology and innovation interface for academia, government and industry.