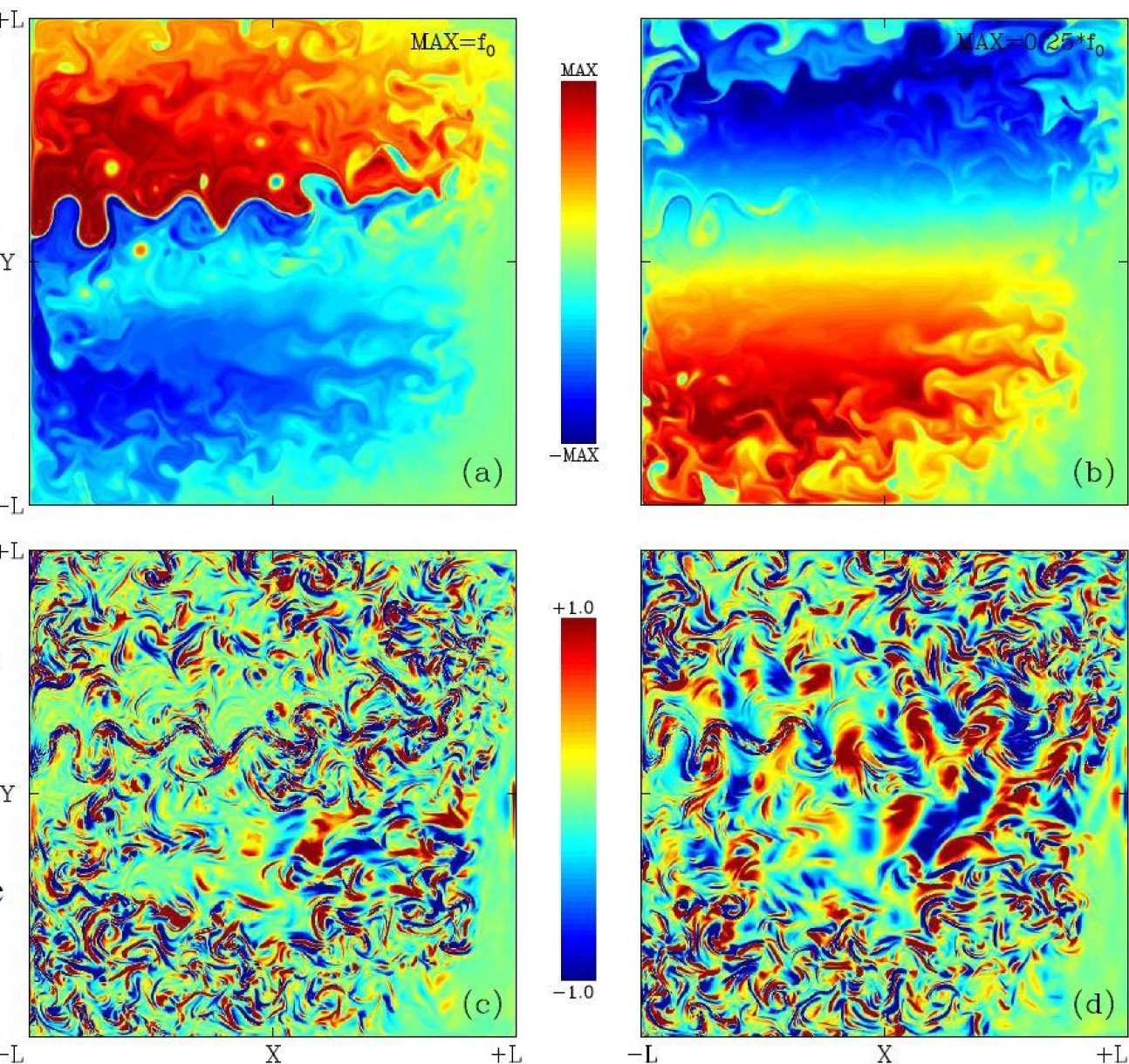 Geophysical fluid dynamics is the application of fluid dynamics to modelling the Earth's atmosphere and ocean, and forms the theoretical foundation of weather forecasting and climate prediction. Of particular interest is the interaction between waves and nonlinear transport, and the coupling between structures at different scales from the size of the planet to turbulent structures that are millimetres across. Geophysical fluid dynamics combines together asymptotics, geometric reasoning, and numerical simulations to explain and predict the motion of the atmosphere and ocean with implications for our weather and climate.

The figure to the right shows an instantaneous snapshot of an idealised ocean circulation model in deep-ocean fields of potential vorticity. This circulation is characterized by the giant subtropical and subpolar gyres, which are separated by the relatively narrow and fast eastward jet that meanders, radiates waves and sheds intense vortices. This jet is dynamically equivalent to the Gulfstream and Kuroshio extensions in the North Atlantic and Pacific. The jet extensions are very important for the climate and climate variability. For example, without the Gulfstream Great Britain would be fully covered by permanent glaciers, as this has happened in the past. (Berloff 2005; Berloff et al. 2007).

The goal of this Project is to figure out how to model the small-scale nonlinear interactions maintaining the eddy backscatter in terms of space and time correlated stochastic processes. This ambitious goal makes the Project a puzzle of fundamental fluid dynamics and stochastic processes, leading to new ways of thinking about turbulence. In perspective, accurate and efficient mathematical modelling of small-scale eddies is essential for improving predictive skills of the comprehensive climate models, but a great deal of physical understanding needs to be gained on the way.