From 30th May to 1st April, the hexagonal materials community descended on Pembroke College, University of Oxford to convene for the first International Workshop on Mechanistic Behaviour of HCP alloys. The sun was shining as the students, academics and industrial representatives gathered to present and discuss a wide range of topics involving hexagonal materials.

After a short introduction from workshop organiser Ben Britton (HexMat, Imperial), the workshop kicked off with the first keynote from William Curtin (EPFL) on dislocation mechanics in magnesium, and how this may affect other HCP materials. The aim of their work is to go from the periodic table to real performance alloys using computational methods, primarily for the automotive industry. This was a good reminder of the importance of the real industrial impact of hexagonal materials. A striking outcome from the Curtin Group work was that <c+a> dislocations are quite unstable in Mg alloys and this could explain why they are not very formable. Further work is clearly in hand to see if this can be addressed through careful alloying additions, which would revolutionise the transportation industry.

What followed was a mainly magnesium focussed session (with a talk on titanium & zirconium snuck in!), focussing on dislocations, slip and twinning, with combined modelling and experimental contributions

Perhaps a highlight of this workshop format was the ability for the audience to get involved and the hearty debate that followed, each series of contributed talks were complemented with a focussed discussion session enabling topical debates between the audience and presenters. One outcome of these discussions was a robust suggestion from the floor that dislocation textbooks should be rewritten with all of the newly found characteristics that were being revealed by current research!

After lunch, we kicked off with an industrially focussed discussion session on zirconium and the nuclear industry led by Ted Darby of Rolls-Royce and Javier Romero of Westinghouse speaking. This flavour of industrial led discussion enabled the workshop to address a variety of problems facing industry, such as delayed hydride cracking, leading wonderfully into talks on the same topic. This session also saw the first HexMat student speaker of the workshop, Vivian Tong (HexMat, Imperial), who spoke about grain growth in Zircaloy 4, showing some beautiful micrographs that got a few gasps from the audience!

The final session of the day focused on zirconium, with a single titanium talk snuck in. A wide range of techniques were shown over both sessions, including EBSD, TKD, STEM, EELS and APT.  Daniel Caillard (CEMES/CNRS) showed some fantastic work on in situ observations of dislocation mechanisms and insight into macroscopic properties, via carefully designed experiments.

The technical content of the first day was rounded off by a vibrant poster session, enabling discussions amongst the delegates of 14 posters covering a range of HCP challenges and findings. These discussions were lubricated with some champagne and nibbles.

After a lively hour of posters and sparkling wine, we made our way to the banquet dinner in Pembroke Hall, with a lovely string quartet accompanying our first course. Discussion continued and friendships were renewed over a hearty feast. After dinner, the awards for the best posters were announced. Tea-Sung (Terry) Jun (HexMat, Imperial) won first prize for his poster entitled “In-situ micropillar compression and HR-EBSD studies of morphological effects in a dual-phase Ti alloy”. Sean Agnew (U. of Virginia) won the second prize with his poster on “Transmission electron microscope and molecular dynamics investigation of dislocation-twin interactions in magnesium”. After dinner, many of the delegates retired to the bar to continue discussions and enjoy a beer or two!

On Thursday we kicked off bright and early, focussing on the deformation of titanium alloys for aerospace applications. Much of these talks highlighted opportunities afforded by modelling and simulation and the role of microstructure on performance. Philip Eisenlohr (MSU) took the first slot discussing approaches to measure the ration of Critical Resolved Shear Stresses using surface slip trace analysis, followed closely by further talks on the influence of microstructural features on yield strength and strain localisation, as well as the introduction of the next generation of the Ti-6246 replacement candidate alloys Ti-834 that highlighted how complex real materials are and that processing and performance can be derived from careful forging processes and centrifugal casting.

After an invigorating coffee break, George “Rusty” Gray III (Los Alamos National Laboratory) delivered the morning keynote lecture, discussing the performance of HCP alloys in extreme loading environments. After giving beryllium its HexMat debut, Gray explained the importance of modelling based on understanding of defects and impurities, rather than structure, considering phase transitions seen in high-purity Ti64, but not in commercial grade material (CP-Ti). Closing with one of the most memorable takeaway messages of the workshop, Gray stressed that “non-physical models are not improved by high-quality experiments or computing”, urging the community to always consider the importance of working towards a scientific understanding of mechanisms, rather than merely fitting curves to data points.

After the exciting keynote, which showcased the talents of Rusty and his team, the workshop focussed on high rate deformation and formability in titanium, with the debut of the HexMat high rate group’s novel characterisation of adiabatic shear band formation. The remainder of the session delved into the details of CP-Ti formability, with work concerning the effects of temperature, elasto-viscoplastic modelling, strain ageing phenomena in CP-Ti through polycrystalline models, the Portevin-Le Chatelier effect and strain rate sensitivity present in the material.

After lunch, the fun resumed with the Leverhulme keynote lecture by Paul Dawson (Cornell) who discussed the development of the quantification of mechanical properties in titanium alloys. Dawson discussed the frontiers of emerging micromechanical capabilities, including 3D characterisation, in-situ neutron and x-ray diffraction (XRD) mechanical testing, and the parallelisation of current computed simulation. One highlight of Dawson’s approach was to a stress on the need to micromechanical models to understand complex stress states and slip patterning in polycrystalline aggregates.

The evening session resumed after a much-needed coffee break with a focus on the details of deformation mechanics in titanium. Veronique Doquet (CNRS, Paris) highlighted the importance of grain boundary sliding in titanium. This was neatly followed by Angus Wilkinson (HexMat, Oxford) highlights his teams exciting work developing new micromechanical testing geometries, here with a careful crystal plasticity and HR-EBSD study of the Bauschinger effect of “micro-seesaws”, immediately causing the entire complement of academics to reminisce upon their childhoods. Ben Britton (HexMat, Imperial) closed out the day discussing slip-band grain-boundary interactions and the contribution of individual grain boundaries to the strength and ductility of materials. The discussion that followed was intensive and stimulating, with many people amazed at the room temperature grain boundary sliding and much deliberation on grain boundary interactions.

The final workshop day did not disappoint, with many of the HexMat team showing off their collaborative work. The first session saw a combination of micromechanical testing and modelling techniques, focussing on fatigue, dwell and strain rate sensitivity. A particular highlight was Mitch Cuddihy’s (HexMat, Imperial) work exploring the precise stress states requires for facet formation obtained from crystal plasticity simulations, component level continuum analysis and comparisons with real world disc spin tests.

The closing keynote of the workshop followed, from the incomparable Mike Mills (OSU), discussing sizable work from the US teams on titanium in aerospace applications. A raft of modelling and characterization techniques were explored and this talk reminded all the workshop delegates of the importance of combining real world results with modelling simulations.

The session continued with focus on deformation twinning, with experiments and simulations highlighting the roles of disconnections, twinning dislocations and combined modelling and experimental approaches. Olivier MacKain (CEA) showed a fantastic model of disconnections moving along a twin boundary, presented using a stepped model.

Our second industrial discussion was led by Stephen Fox of Timet and David Rugg of Rolls-Royce. This double act focussed on the needs of industry to deliver high quality product fit for the demands of a modern aerospace industry. The importance of titanium and the range of work presented at the workshop was clearly brought home when it was made clear that titanium products are worth ~£1bn per year to a major aerospace manufacturer!

Bringing the workshop to a close, the final session explored the influence of the environment on hexagonal materials. Understanding the effects of the environment on the function of hexagonal materials is essential in industry, particularly in the nuclear and aerospace sectors. Adam Plowman (Manchester) focussed on iodide stress corrosion cracking in pellet cladding interaction for nuclear power, with a view to exploring grain boundary energies with DFT. This was followed by careful atom probe tomography and TEM of Zr / Zr Oxides and the redistribution of iron in corroded and irradiated nuclear fuel cladding by Brian Setiandinata (from the MUZIC-II consortion and Oxford). The conference was rounded out by some lovely work by Sudha Joseph (HexMat, Imperial) exploring hot salt stress corrosion in titanium alloys.

Over the 3 days of the workshop, lively discussions were had and new friendships made, all in the spirit of hexagonal materials. Although everyone was exhausted after many intense sessions, the community has had the opportunity to strengthen ties internationally. The organisers would like to thank all speakers and attendees for what was a spectacular first HexMat workshop. 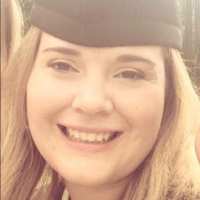