Searching for the mysterious dark matter

LZ is a flagship experiment designed to hunt for the mysterious dark matter particles that we believe compose most of the matter in the universe. If the dark matter consists of Weakly Interacting Massive Particles (WIMPs), then LZ has a good chance of making a first detection in the coming years. WIMPs would solve the dark matter puzzle in all its glory: explaining perfectly the diverse astrophysical evidence, fitting in seamlessly with the standard model of cosmology, and linking sensibly to the standard model of particle physics.

After several years of design and construction, the experiment is nearly ready to start taking data at the Sanford Underground Research Facility, USA. Located under the Black Hills of South Dakota, nearly 1 mile underground, LZ will operate in a very quiet environment, ideal for searching for rare interactions between dark matter particles and its large liquid xenon target.

At the centre of LZ is a liquid xenon Time Projection Chamber (LXe-TPC) with 7 tonnes of active mass, surrounded by an Outer Detector ‘veto’ system. This detector technology – partly pioneered by our group – provides high sensitivity to very faint collisions with the xenon atoms.

Together with the very low backgrounds achieved at the core of the detector, this will allow LZ to achieve unrivalled sensitivity to WIMP interactions – giving us the best chance to detect our galactic dark matter.

LZ will be sensitive to other rare physics processes, such as the neutrinoless double beta decay of Xe-136 – which would reveal, for example, that the neutrino is its own antiparticle – and to the interactions of astrophysical neutrinos via coherent elastic neutrino-nucleus scattering (CEvNS) – from solar neutrinos and, perhaps, from a nearby supernova!

The group is already looking forward to a next-generation experiment beyond LZ. Our Xenon Futures R&D project will be making important measurements and developing new technologies towards what could be the ‘ultimate’ experiment. This R&D effort takes place in our Liquid Xenon Laboratory at Imperial, working closely with our UK and international partners. We are also exploring the possibility of hosting such an experiment in the UK.

We have major expertise in this world-leading technology, and the group is centrally involved in all aspects of the experiment. LZ was formed from the merger of the ZEPLIN-III and LUX collaborations. ZEPLIN-III operated at the Boulby Mine (UK) around a decade ago; the instrument was designed and built at Imperial. In 2012 we joined LUX, which was about to operate at SURF – and LZ started to be planned at that time. Prof. Henrique Araújo leads LZUK, the team of nine UK institutes contributing to the experiment. The group was involved in the development of the Xenon Detector, and Imperial hosts one of the two data centres that will store, process and distribute data to the collaboration. We will be involved in several of the main physics analyses.

The Imperial group had a central role in the development of LZ. Prof. Tim Sumner started discussions with the LUX collaboration leading to the formation of LZ in 2008. Prof. Henrique Araújo led the R&D project (2012-2015) and then the construction project (2015-19) that delivered the various UK contributions to the experiment, and continues to represent the team as UK Spokesperson. He has also co-led the Xenon Detector work package in the international project, helping convene the large team that designed and built the main detector.

The group delivered a fraction of the low-background photomultiplier tubes (PMTs) for the Xenon Detector and manufactured all the low-background voltage-divider PMT bases for the xenon space. We also contributed to the System Test platforms where key R&D was conducted prior to construction, focusing on the critical issue of spurious electron emission from electrodes operating in liquid xenon.

We host the UK Data Centre that will store and process some 10 petabytes of LZ data and Monte Carlo simulations. Working with other UK colleagues, our GridPP computing team have been developing the LZ data infrastructure.

We led several of the main physics analyses in ZEPLIN-III and in LUX, and have been contributing to preparing for data in LZ. The group will be fully involved in the main dark matter searches, as well as in optimising and conducting a neutrinoless double beta decay search. LZ represents a fantastic opportunity to observe new physics and our group is central to this effort. Our expertise in xenon detector characterisation brings new analysis opportunities “from the ground up”. At the other end, we have been applying Machine Learning techniques to LUX data and this will continue into LZ.

In parallel, the Xenon Futures R&D project brings together LZUK groups and other colleagues to develop and prepare UK contributions for a future liquid xenon Global Rare Event Observatory. With a target mass of 50-100 tonnes, such an experiment will improve by an order of magnitude the sensitivity of the world-leading detectors currently under construction. The group is leading a work package on enhancing the liquid xenon technology and its readout, which includes collaborating with US colleagues investigating the possibility of doping xenon targets with light elements. We are also a leading collaborator on the MIGDAL experiment at RAL; the Migdal effect enhances the search for light dark matter interactions in many detector technologies. We will be contributing to the design study of the future experiment, and are leading a feasibility study to investigate the possibility of hosting a large rare event search experiment in the UK. 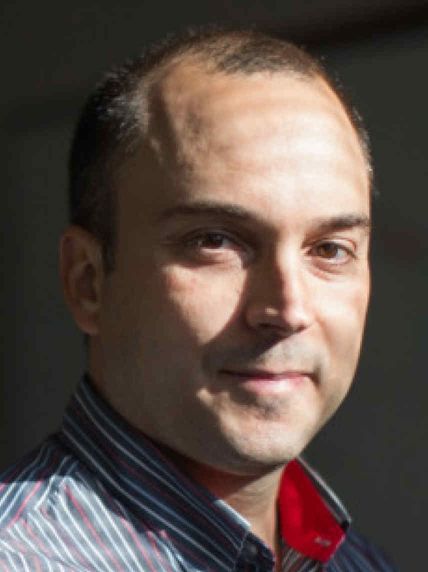