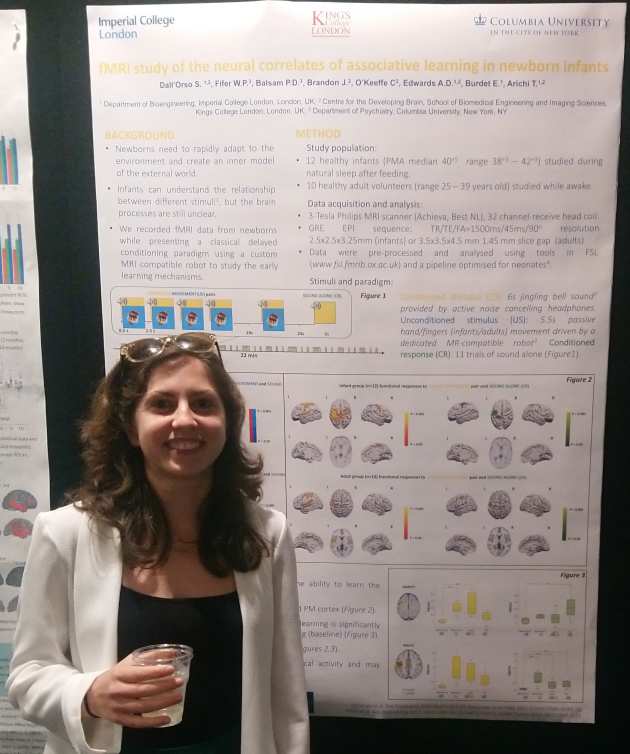 Sofia is a PhD student at Imperial College London and visiting researcher at King’s College, London. She obtained her Physics BSc at the University of Bologna and the Neurotechnology MRes at Imperial College London as part of the EPSRC CDT (centre for doctoral training) programme. During her PhD, she is combining engineering and imaging techniques with robotic tools to perform task-based fMRI on newborn babies. Her research on brain development focuses in particular on the sensory system, comprising investigating somatotopic mapping in the preterm brain and the study of associate learning between different sensory modalities. She aims to better understand how the somatosensory system develops and how it can be influenced by environmental exposure and early sensory experiences.