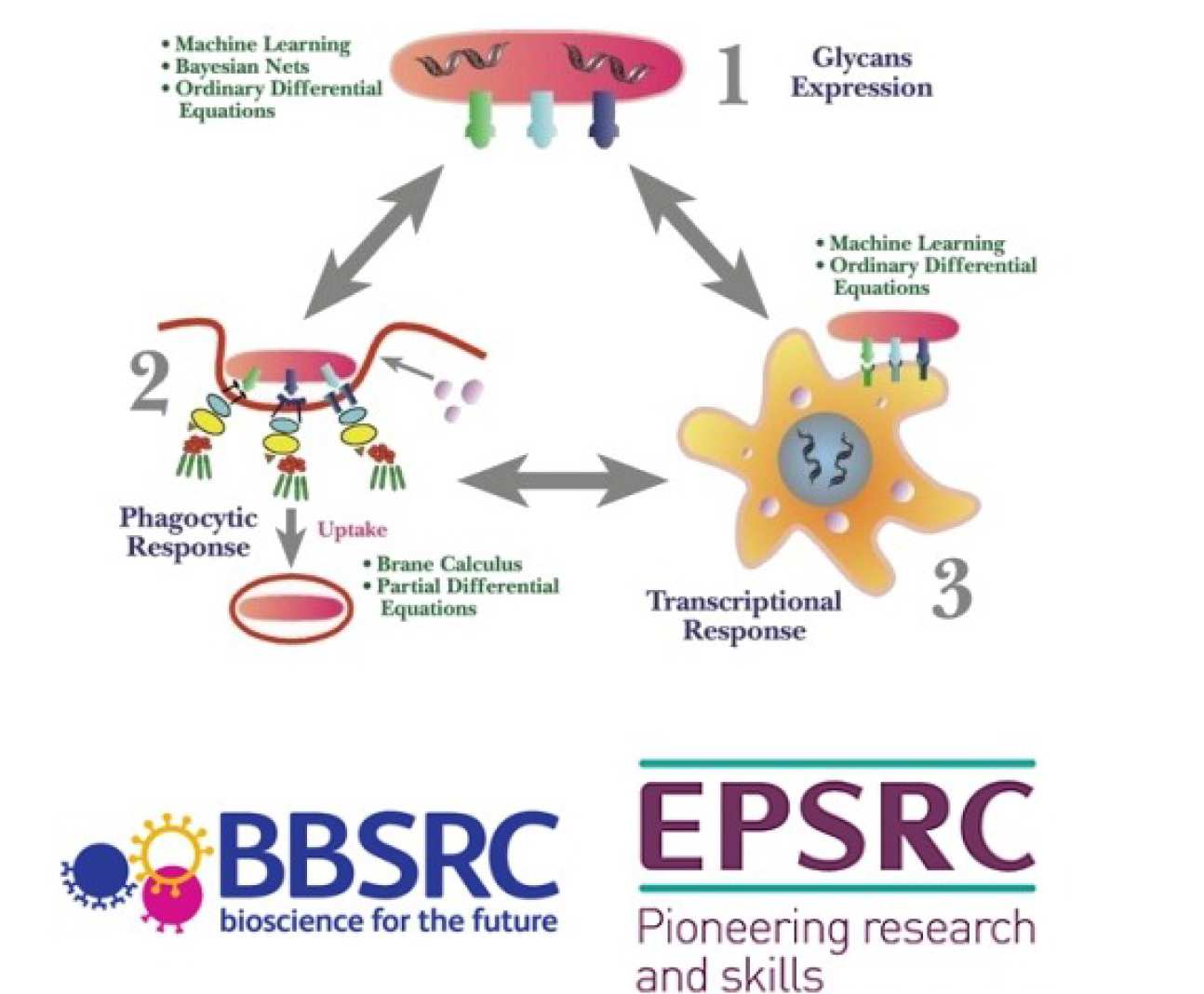 CISBIC was the Centre for Integrative Systems Biology at Imperial College which was established by £6M of funding from the BBSRC and the EPSRC in 2005 and a further £1M from Imperial. The Centre, along with five others centres in the UK, was founded to promote the vision of a systems approach to bioscience linking modelling with experiment to takle problems that require a holistic, as opposed to a reductionist, approach to biology. CISBIC takled a exemplar project on host pathogen interactions and provided core support for bioinformatics, data management, proteomics, glycomics, metabolomics and imaging.

The CISBIC exemplar research programme in the area of host-pathogen interaction addressed major challenges in systems biology across several scales and provided a platform for the development of new principles in both biology and the mathematical and computational sciences. It was structured to focus initially on three related sub-projects (see Figure below). These aimed to:

Each of these biological questions was addressed using at least two complementary approaches; one drawn from the computer sciences community (machine learning and process calculus) and one from the mathematical sciences (ordinary and partial differential equations). One of the main objectives of the Centre was to evaluate the relative merits of such different techniques, and to develop hybrid methods that drew on the strengths of both. In the second phase of the programme, the sub-projects were integrated at a biological level.