The group has a vast experience developing numerical analysis codes. This includes (i) in-house Matlab and Fortran non-linear finite element and X-FEM codes, (ii) the development of new software packages like Abaqus2Matlab, (iii) extensions to open-source platforms, such as FEniCS or OOFEM, and (iii) user subroutines for commercial packages like Abaqus or COMSOL. Most of these codes are freely released to the community - see the Codes tab.

Group members have unlimited access to Imperial's HPC facilities, which includes a general-purpose mixed architecture cluster with about 25k cores, and a high-end parallel supercomputer with over 10k cores. 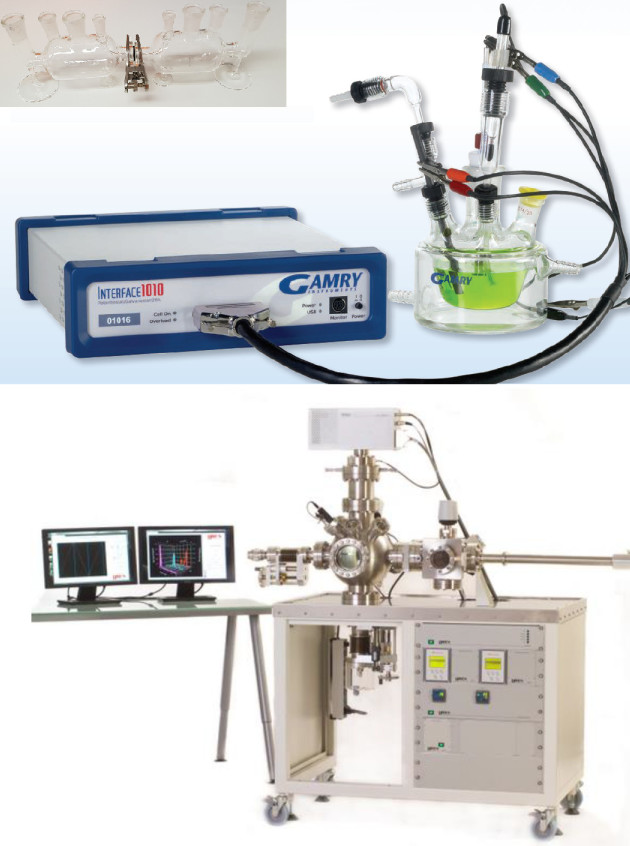 Ultra-High-Vacuum Thermal Desorption Spectroscopy (TDS)
The laboratory facilities include a state-of-the-art TDS workstation involving an ultra-high vacuum furnace setup coupled to a high-accuracy mass spectroscopy system. In the context of the hydrogen embrittlement phenomenon, this piece of equipment enables to accurately measure the hydrogen content in a sample, as well as characterising the density and binding energies of each of the microstructural traps that can retain hydrogen. The TDS workstation can also be used to investigate deuterium and tritium retention, as well as other applications in the context of nuclear fusion.